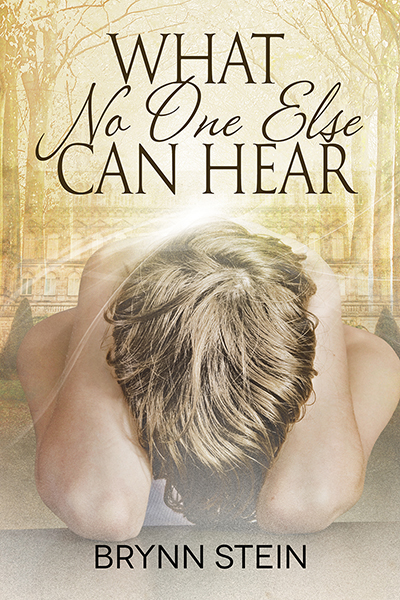 Author Name: Brynn Stein
Book Name: What No One Else Can Hear

Young Stevie Liston is diagnosed with autism, but is really an overwhelmed empath who mentally called out for help. Jesse McKinnon heard him in a dream from clear across the country, and that dream sent him on a six-year search to find Stevie. Once they meet, they think everything will work out and Jesse will help Stevie cope.

Stevie does improve immensely, but a disgruntled coworker of Jesse's conspires with Stevie's estranged but politically powerful father to keep Stevie and Jesse apart with trumped-up legal charges claiming Jesse sexually abused the boy. Jesse must watch helplessly as Stevie loses all the advances he's made.

If it wasn't for his growing relationship with his coworker Drew Ferguson, Jesse knows he wouldn't have the strength to fight for his rights and Stevie's future. Drew just might be the real thing, but with the very real possibility of serving jail time for a crime he didn't commit, Jesse's hopes for a future with Drew might be doomed

I COULDN’T believe it. I stood in the doorway of a child’s room on the third floor of the Lynneville Center for Children with Autism after having been hastily hired and sent up here. At first I was shocked to see dozens of expertly drawn pictures of me taped up all over the walls. Then I noticed the four worried-looking adults in the room, their attention focused on the bed. In that bed, seemingly catatonic, was the very boy I’d been seeing in my dreams for almost six years.
I had been looking for Stevie all that time, but now that I had found him, I realized that until that moment I’d always had the smallest doubt that he was real—almost a hope that there wasn’t a suffering child who needed me, whom it had taken me so long to find. All my energy for six years had been focused on finding him, yet a niggling doubt had remained … until I stepped through that doorway.

“Stevie,” I whispered. “I finally found you.”

He didn’t move; he only blinked on reflex. He simply lay on the bed, so still, and stared at the ceiling. I knew I could help him. I moved to his side, nudging the doctor out of the way, and touched his hand.

“Come on, man. Come on back now.” I put my hand on his head, and Stevie immediately turned his head toward me. Though his eyes were still a little unfocused, he had no trouble recognizing me.

“Hi, Bear,” he said and reached out to be hugged, as he always had in my dreams.

It was so natural for Stevie to talk to me and hug me that it didn’t occur to me it might be strange for the staff gathered in Stevie’s room. They were suddenly doing the best imitations of goldfish I had ever seen. The doctor and the other man had comically wide eyes, while the two women looked almost ready to cry from shock or maybe just relief.

The older one, a lady in her forties, seemed to recognize my confusion. She came to stand close to me and said in a hushed voice, “That’s the first time we’ve ever heard him speak.”

He always could, of course.

He spoke to me all the time in my dreams.

He finally let go and looked at me. “Bear, you’re here? You’re really here?” His gaze scanned the room. “Not in the forest?”

“No, buddy.” I laid him back down and rubbed his hand as I spoke. “Not in the forest this time. We’re right here, in your room.”

“Go to sleep, big guy. I’m working at the center now, so I’ll be waiting for you when you wake up.”

He smiled and was asleep almost immediately.

By that time the staff’s shock had worn off and curiosity had set in with a vengeance. We barely stepped out of Stevie’s room before the never-ending string of questions began.

“Bear?” “Forest?” “Stevie can talk?” The questions bombarded me simultaneously.

We all took seats in the living room area and I set about answering their questions. I was hoping what they had just witnessed would keep them from laughing me out of the room. The story I had to tell them was pretty spectacular.

Dottie, the lady in her forties, started things off by introducing me to the others. Dr. Brown was the physician on staff and had been watching Stevie decline over the last several months with no idea how to help him. Hank and Stacy were the other staff members who had been in Stevie’s room. They, along with Dottie, were support staff for the students who lived here, providing whatever assistance they needed, with supervision and compassion. Other people working on the hall that night wanted to hear as much of the story as possible, so they came and went, working when needed, listening when they could, as did Dottie, Hank, and Stacy.

“I don’t even begin to know where to start asking questions,” Dr. Brown finally admitted.

I smiled and thought Stacy had a good idea, so I told them about my first meeting with Stevie. 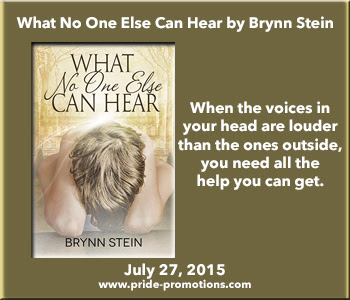