Outside by Michelle Mankin - Excerpt Reveal

The walls vibrated as soon as the spotlights hit them. Feet stomped. Fans yelled. Some even stood on their chairs. Camera lights clicked on and so did Lincoln. Brightly. He strode to the center of the stage. Confident. Compelling. Controlled. A cosmic force.
He plucked the mic from the stand glared at the audience daring them to come along with him or get the hell out of the way, before he and the guys launched into a cover of ‘Satisfaction’  that kicked ass as righteously as the original.
It went uphill from there. Ramon on guitar flashing his flirt. Ash slamming sexy on his drums. Patch firm and steady on bass. And Linc my gorgeous warrior with depths of worth that he still failed to recognize eclipsing them all. The Dirt Dogs might still a bit rough around the edges but they were undeniably on the ascent. What had started out as something to occupy their time when the surf wasn’t up had transformed into a magical mélange of Pacific saltwater, California sun and hard rocking in your face attitude.

I moved quickly across the parking lot shielding my eyes from the glare when I reached the sand. The tension inside my stomach instantly ratcheted tighter. I recognized Lincoln right away. Even in his wet suit the way he moved across the surface of the ocean on his board was as unique as he was.
Under the curtain unleashing his fins.
Maxing out of the tube.
Finding steep wall and going nearly vertical.
Those were the maneuvers I knew, the others I didn’t but that didn’t make them any less awe inspiring.

“You afraid?”
I shook my head. I was never afraid of him. Never.
He studied me a beat seeming to notice my parted lips, heavy breathing, hard nipples and trembling.
“Turned on?” he guessed.
I nodded.
“Get on my board then, babe. I aim to please if you’ll let me.” 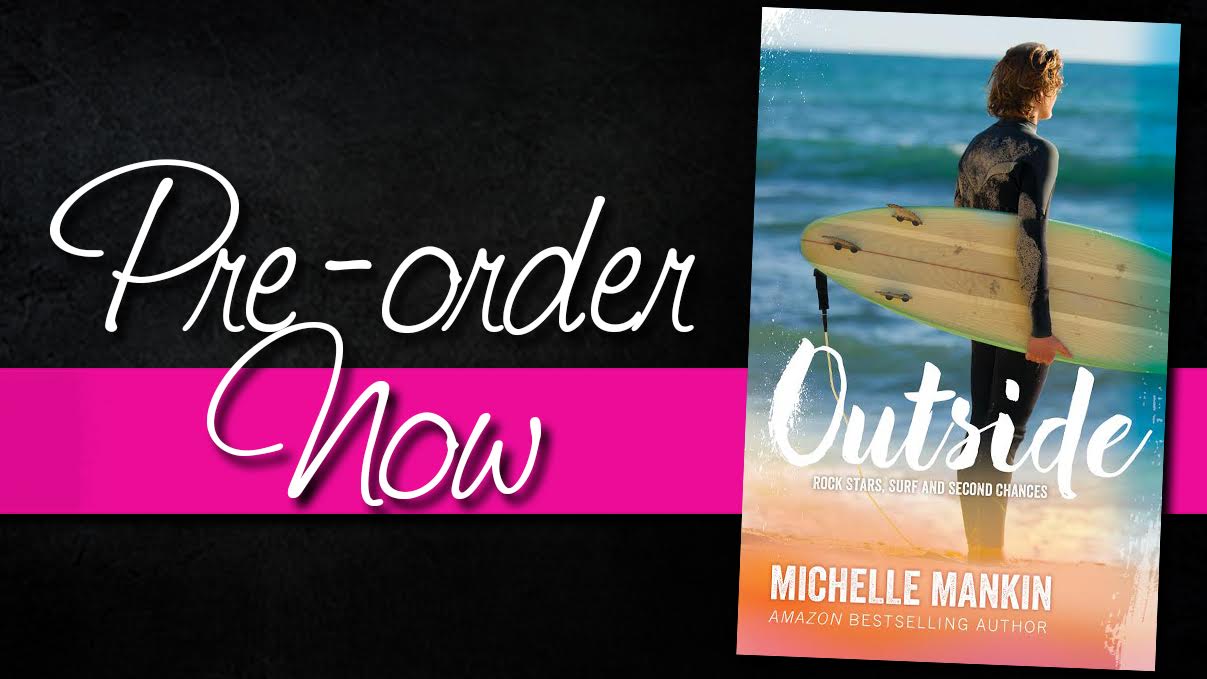 Get ready for rock stars, surf and second chances in Outside releasing on July 19th! 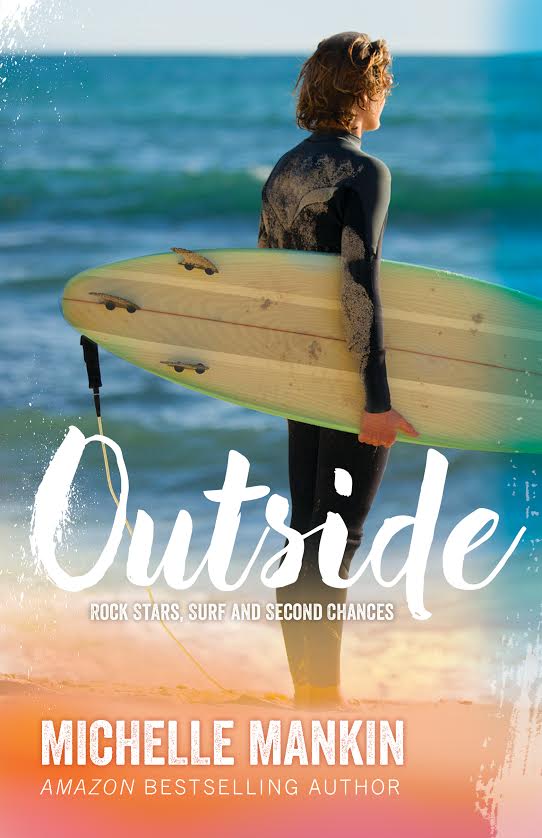 Outside
Rock Stars, Surf and Second Chances
When handsome California surf god Lincoln Savage suddenly rolls into Ocean Beach like a rogue wave, shy beauty Simone Bianchi’s foundation is shaken. No longer under the thumb of her domineering father, she’s made a simple quiet life for herself and her fluffy fourteen pound Havanese pup running a surf shop in her hometown of OB. Long ago she gave up her dreams for a future with Linc.
But now the notorious lead singer of the Dirt Dogs has returned, and Simone is reluctant to admit that she’s still vulnerable to his killer dimpled smile and easy charm. She finds that although she’s stowed away the mementos, it hasn’t been as easy to erase the memories of their epic summer love.
It seems he hasn’t forgotten, either.
Is the recording contract he’s offering merely a pretense?
Or does he have something more in mind?
Does he really believe that they can just pick up where they left off, despite all the bad luck and heartache?
And is she willing to risk everything again for one last chance at love? 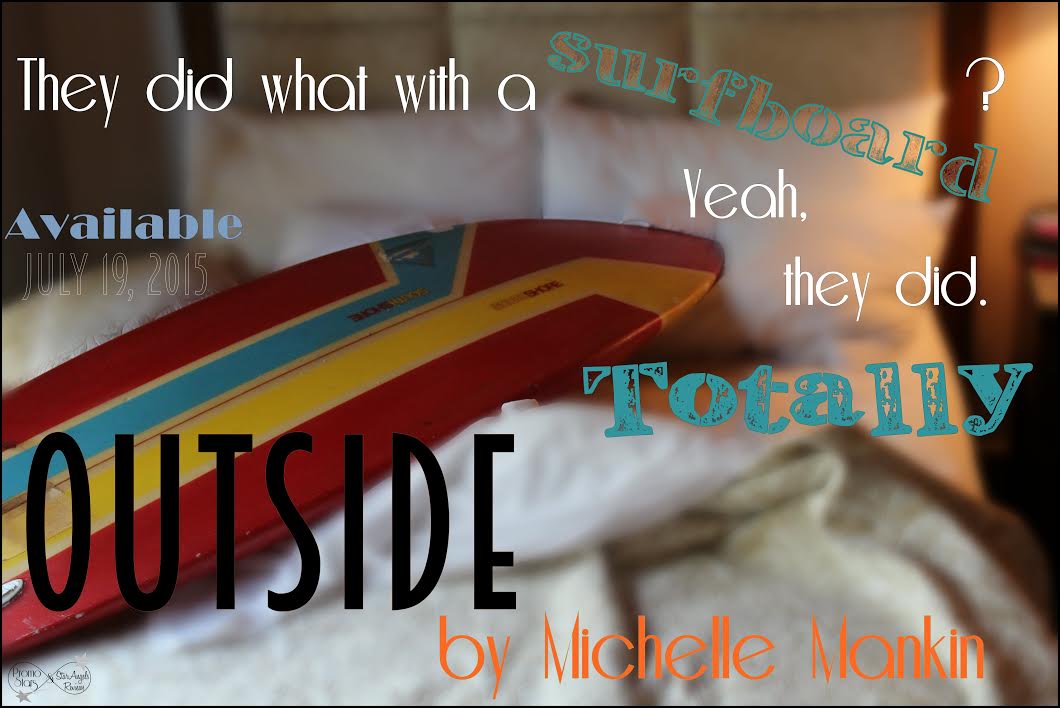