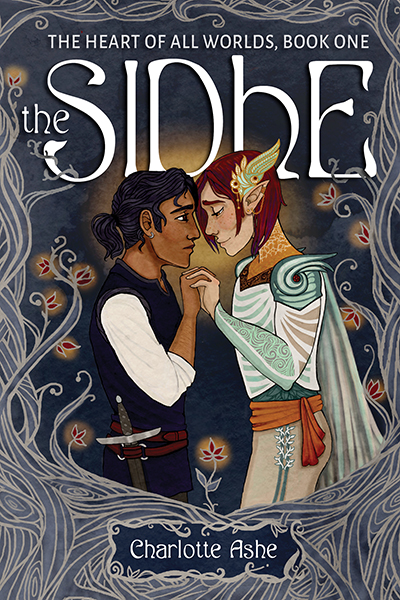 Since his childhood, Brieden Lethiscir has admired The Sidhe, the beautiful and magical beings native to the Faerie world outside his homeland of Villalu. Though he grew up in a culture accepting of Sidhe enslavement by Villalu’s elite, Brieden finds that he can no longer tolerate the practice when he becomes a steward to Prince Dronyen, who is viciously abusive of his sidhe slave Sehrys. Captivated by the handsome and mysterious sidhe slave, Brieden vows to free and return Sehrys to his homeland.
As they escape the capital and navigate a treacherous path to the border, Breiden and Sehrys grow close. Breiden soon learns both the true power of The Sidhe, and that the world that he thought he knew is not what it once seemed. If they survive to reach the border, he will have to make a choice: the love of his life, or the fate of his world.

The sidhe was tall, supple and lithe, as all sidhe tended to be, with milk-pale skin that glowed like moonlight over lean, taut muscles. Like all the others before him, he was naked, giving potential buyers a full picture of what they were bidding on.
And he was extraordinary, head to toe.
His chin-length hair was violet-red and it gleamed in the afternoon sun. His lips were pink and delicate with a pronounced bow, his nose had a narrow, smooth slope and his eyes...
His eyes.
It wasn't that they were the most incredible color imaginable: a storm of deep, contrasting, impossible greens unlike any Brieden had ever seen. And it wasn't that they were large and almond- shaped beneath a fan of plum-colored lashes.
It was that they were full to the brim with life.
Never before had Brieden seen a sidhe slave with such lively and expressive eyes, even as he stood for auction. Those eyes were not dull or defeated in the slightest. Wary, yes, and utterly devoid of trust, but also blazing.
Blazing like the eyes of that sidhe Brieden had seen at the riverbank when he was twelve years old— the only free sidhe Brieden had ever had the chance to behold.
The elf stood on that platform as if he owned it. As if he were judging every human man before him, and not the other way around.
He tucked a lock of hair behind a delicately pointed elfin ear, then jutted his chin to reveal a chiseled jaw that contrasted beautifully against his tender features.
And though he knew it was insane, Brieden was quite sure that he was in love.

About the author:
Charlotte Ashe is a social worker by day and a writer of romantic fantasy by night.  A long-time fan of speculative fiction that skews feminist and features LGBTQ characters, Charlotte loves writing stories that are sexy, heartfelt, and full of magic and adventure. She has put her B.A. in literature and creative writing to use over the years as a writer of online fan-based fiction, and her most popular work has drawn more than one million readers worldwide, been translated into several languages, and been featured in online publications including The Backlot.

Charlotte lives in Portland, Maine and can be found sleeping at the beach all summer and clomping along the cobblestones in her Bean boots all winter, writing fairytales in her head to distract from the cold.

Q & A with author Charlotte Ashe


Today I’m very lucky to be interviewing Charlotte Ashe, author of The Sidhe, the first book in The Heart of All Worlds trilogy.

Hi Charlotte, thank you for agreeing to this interview. Tell us a little about yourself, your background, and your current book.

Thank you for having me! I majored in creative writing and literature way back in college, but I ended up in the social work field. I was writing online in a fan community, but not professionally, until I signed on with Interlude Press. The Sidhe is my first novel, and it’s the first book in a trilogy. It is a love story at its heart, set in a fantasy world and featuring LGBTQ characters. I’m very excited to finally share it with readers.

Do you buy a book because of the cover, the blurb, or something else?
It depends. If a book is recommended to me by someone with similar tastes, or it’s by an author I know I like, I will generally give it a try without a glance at the cover or blurb. But if I’m browsing, the cover usually gets my attention, and I’ll use the blurb to decide whether it seems like my cup of tea.

What does ‘romance’ mean to you?

What are your current projects?

I am currently hard at work on The King and the Criminal, which is the next book in The Heart of All Worlds trilogy. I am also discussing ideas for future projects with Interlude Press.

What is the most difficult part of writing for you?
I still find it difficult to write on a schedule rather than just waiting for erratic bursts of inspiration. But scheduling the time and making myself do the work is essential to getting the work done, and at the end of the day it is work. Even if it’s enjoyable and cathartic work, it’s work.

Tell us something about yourself that would surprise people.

High fantasy dominates my daydreams, and it’s my favorite genre in which to write. It is not, howeve, my favorite genre to read/watch. My favorite stories to consume tend to be smart, socially conscious science fiction. Hands-down. 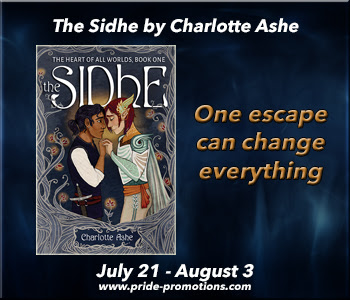