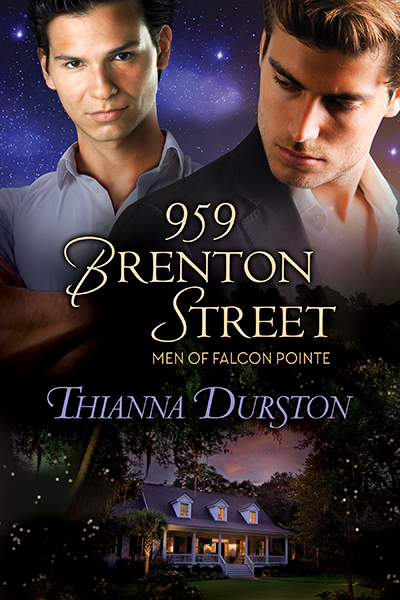 Trent Farnsworth moves to Falcon Pointe to get as far away from his controlling family and religion as he can. While his conservative upbringing makes it hard for Trent to admit he’s gay, he accidentally outs himself in front of his four new roommates. None of the men living at 959 Brenton Street are what the world would consider normal, but all four accept him for who he is. And when Trent falls for his much older landlord, Dr. Cory Venerin, he’s as surprised as anyone, but discovering Cory feels the same makes Trent realize he’s truly in the right place at the right time.

Until he tells his family he’s gay. His father uses any resource at his disposal to destroy him, including Trent’s love for Cory. As his father schemes to send Trent to a hospital whose sole purpose is to rip the gay out of him, Cory battles to save not only Trent—but also the possibility of a future together.

Excerpt:
Cory stood up and left the room, his footfalls a staccato beat on the stairs.
“Damn,” David said, grimacing. “I was kind of hoping to let you know about this later on. I mean, hell, you’ve just come out today. That should be enough of a shock.”
“What?” he asked nervously, beginning to wonder what they hadn’t told him. What the hell could they be covering up?
“Uh, this house is….” Alan said.
“Discipline based,” Greg filled in, handing him another muffin.
“What does that mean?” he asked. He took the sweet confection and nibbled on the corner.
“It means we keep to the rules or we come to a meeting with a very hard paddle,” David said wryly as Cory came down the stairs carrying in his hand what looked like a small breadboard. “Meet the enemy.”
They couldn’t possibly mean what he thought they meant. They were all grown men. Surely nobody paddled anyone else. That was… barbaric. He widened his eyes as he crossed one leg over the other. And a turn-on apparently. What kind of freak was he, anyway?

Thianna likes to say she’s eclectic, fun, and just a bit naughty. She can also add, subtract, multiply, and divide in her head, but if people ask her to do it at parties, she isn’t impressed. While she would love to say there wasn’t a genre she had read that she didn’t enjoy, it would be a lie. For some reason, she keeps skipping to the ends of mystery books to find out who done it.
The creator and acquisition editor for the Corbin’s Bend Romance series, she wants to know: Who else wants to be safe, secure, and spanked in Colorado? 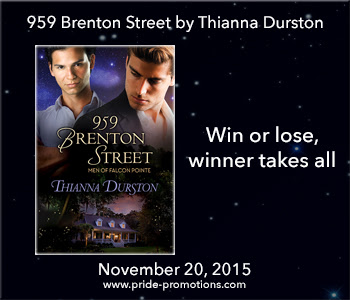