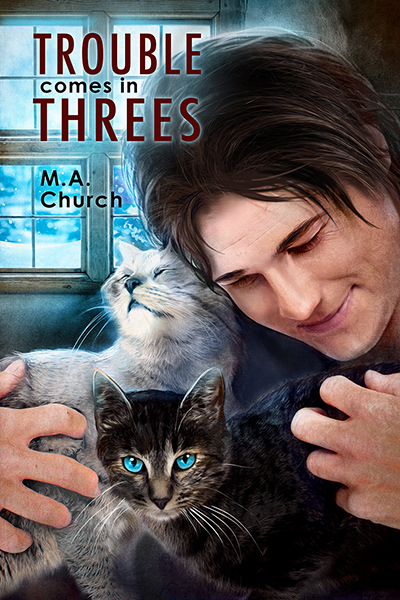 Blurb(s):
A snowstorm in the South—on New Year’s Eve—is a perfect recipe for a catastrophe. After two soul-crushing bad breaks, Kirk’s waiting for disaster number three to strike when naturally, two stray cats arrive on his doorstep during the storm and decide to make themselves at home. Tenderhearted Kirk lets them stay even though there’s something decidedly odd about his overly friendly felines.

Out of the punishing weather, and full of tuna, Dolf and Tal are happy to be snug in Kirk’s house. But then their human goes outside for firewood and suffers a nasty fall that leaves him unconscious. Now the two cats have no choice but to reveal themselves.

Excerpt:
Dolf picked out the saw he wanted, then followed Tal to another aisle. His mate pointed out the different kinds, but Tal’s words had rapidly faded into a meaningless buzz. There, on the air currents in the store, was the sweetest scent. It was light and flowery, reminding him of honeysuckle. He breathed deeply, taking the scent into himself. His cock hardened immediately and his head spun. A yowl threatened to escape.
That scent… that scent was seductive and alluring. It spoke to him, whispering things that made him need. His cat paced frantically in his mind, tail slashing madly. The need to pounce, to sink his canines in and drink that sweet, life-giving blood of his…. His gums tingled and saliva flooded his mouth.
He swallowed, then swallowed again as his head pounded, his heart rate spiking as one thought screamed through his mind: Mate! Another mate! Where was that scent coming from? Or who? And by the goddess, why? He already had a mate. What was their goddess thinking, giving him another? But he couldn’t ignore the reaction. It had been the same when he met Tal.

She was a finalist in the Rainbow awards for 2013. 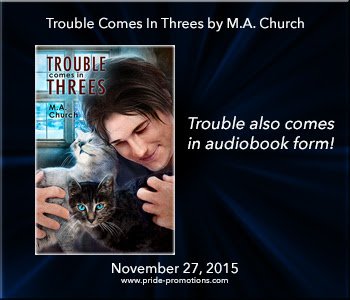