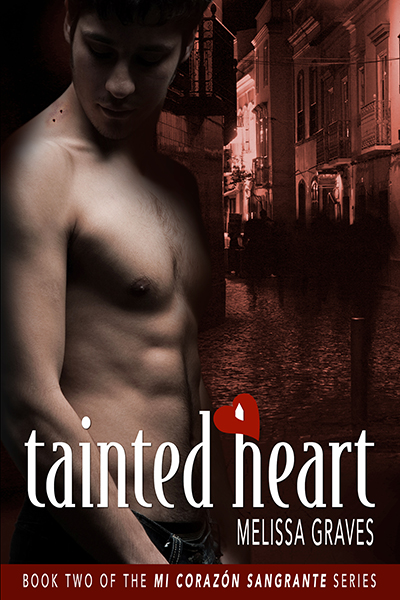 A year after meeting and falling for the young, mysterious vampire, Dr. Brian Preston is now living and working side-by-side with Kyle Hayes for the agency guiding vampire-human relations at a secret underground facility. As the couple adapts to the demands of Brian’s career tending to vampires, Kyle’s return to school and the needs of their evolving relationship, a dangerous conspiracy puts everyone they know and everything they have been working for in danger.

When it gets dark, he texts Brian that he's going to be out late, and avails himself of not one but three vampire-human nightclubs set along a dense strip of Chicago nightlife. Going alone to places like this always attracts immediate attention, and he isn't surprised when he has to pry both humans and vampires off of himself. But he doesn't mind—the blood from the center is humming in his veins, and that buzz takes on a new dimension every time that he swallows a thimbleful of blood from a donor, which he does at least a dozen times over the course of the evening. When he’s more relaxed, he allows bodies against his own, dancing with strangers until strobe lights become normal and everything outside is too dim and still.

The blood changes the world around him. Every color, every sound and every source of light takes on a life of its own.

He loses track of how many donors he pays. All he knows is he's spent all of the pocket money that Brian gave him for the weekend.

He feels like a bloated tick. He’s been away too long. Brian. He has to get back to Brian.

Q & A with author Melissa Graves

Hi Melissa, thank you for agreeing to this interview. Tell us a little about yourself, your background, and your current book.

1)      Where did your love of books/storytelling/reading/writing come from?

Learning to read was something I had brief difficulty with as a child.  I remember when the ability to understand the words on the page came to me very clearly—it was like a switch being flipped.  I ran to my parents to tell them that I could do it, and from that first ecstatic moment I understood the joy that fictional people, places, and things could inspire.  I devoured mystery and science fiction, loving the tease of the “different” and “unknown”.  As I matured I fell in love with erotic romance, and somewhere along the way the two combined, and I’ve been fixated on supernatural or sci-fi or fantasy themed romance/erotica ever since.

2)     What were your goals when you started this book? Do you think you met them?

The first book of the Mi Corazon Sangrante series, Bleeding Heart, was a sort of fantasy romance introduction to Brian and Kyle.  You immediately are sold on the idea that these two are meant to be together.  Their world, though vastly imperfect, is only a backdrop to that story.  In book two, Tainted Heart, I wanted to show a more realistic side of their romance—I wanted to show them in love but struggling with the day to day combination of two lives, with communication failure, with personality clashes, and I wanted these struggles to reflect and mesh with the deeper reveal of the political and social issues happening in their world.  The struggle of the vampire minority to live in a world ruled by a human majority is relatable and immediately familiar, and Brian and Kyle’s place in that struggle is something I wanted to be central to Tainted Heart.  I definitely think the reader will fall into this newer, more complicated world.

3)     Have you ever co-written with someone before?

While writing fanfiction, once or twice—with original work, no.  I am probably the worst co-writer you could have.  My view of stories and characters are far too personal to share, and my desire to control the fictional environment would send any co-writer running for the hills.  I wish I could share that space, but it never seems to work for me.  Every time I try to co-write, I’m vaguely disappointed with the result and/or resolved to not try it again.  But I keep trying!

4)     Tell us about your favorite character in a book (yours or someone else’s).

Choosing between Kyle and Brian is kind of impossible for me—I see them as sort of a yin/yang expression of myself.  But my favorite supporting character from the series is Elisa Martinez, hands down.  She’s just so much fun to write—a lesbian woman of color who is in charge of her world, who does so much for her community, and yet at the same time is a mess of dark humor and emotions she hasn’t quite figured out how to express or control yet.  She’s flawed and powerful, an undisputed leader determined to keep the government from vampire affairs—but at the same time she has to play ball with them, even give them information she doesn’t want to share, in order to keep her people safe and (relatively) free.  I totally want to be her when I grow up.

Chocolate.  Pasta.  Avocados.  Beef.  Did I mention chocolate?  Chocolate has to be listed twice.  For reasons and science.

A veteran writer of fan fiction with thousands of followers, Melissa Graves wrote her first story at age thirteen, and by age sixteen had met her future husband in an online vampire fiction chat room. A fan of science fiction and fantasy, she has a degree in anthropology and a passion for good chocolate, amateur erotica and fan worlds that celebrate diversity. She is mother to two cats.

Bleeding Heart, book one of the Mi Corazón Sangrante series, was her debut novel for Interlude Press. 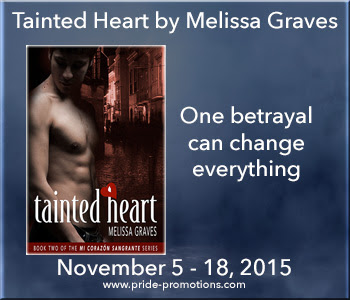