Bred for Love: A Royal Rebellion by Revella Hawthorne - Blog Tour with Giveaway 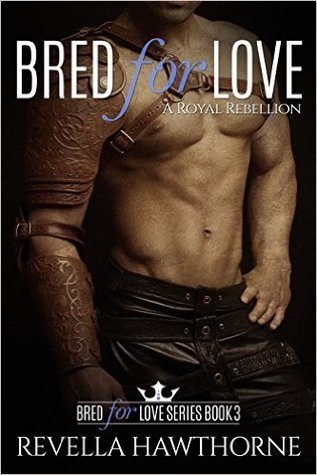 Hunted by the crown, Prince Edward of Cassia struggles to adjust to his new reality. His consort and lover Percy is pregnant with their child. Their friend, Abelard Reynard, a former captain in the Royal Guard, never strays far from Percy or Edward, determined to keep them both safe. Edward, no stranger to hard work, is still at a loss when the hardship of a life on the run catches up with them. Percy's pregnancy progresses at a rapid rate, and the palace guards are always a step behind. It takes Reynard's skills from his secretive military career, an unexpected ally from within the Cassian Dynasty, and the love between Percy and Edward to keep the three of them safe as Percy's time draws near.

Keeping themselves safe and together may have been their goal originally, but as the trio travels across Cassia, through the garbage-strewn alleys of abandoned hamlets, to the opulence of the nobility's drawing rooms, the effects of their journey leave behind a lasting impression.

A rebellion is brewing in Cassia...sparked not from the lashes of oppression and cruelty, but born from love and a desire to see all of humanity treated as equals. 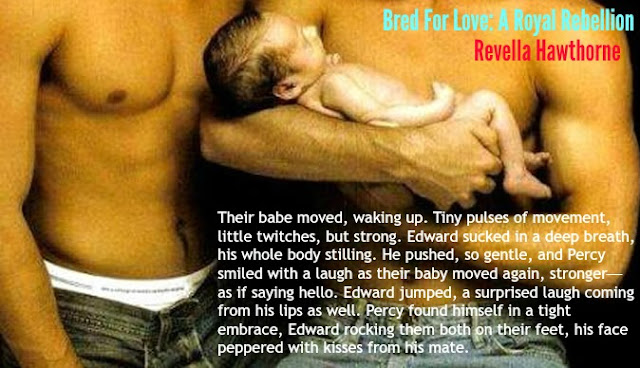 “Always so exciting when you’re around, little mouse,” Mason said to him, and Percy looked up with a glare as Edward made sure his arm was clean.

“I’m not a mouse,” Percy said, and Mason gave him a wide grin.

“A kitten then, with tiny claws and sharp teeth,” Mason said, and Percy all but passed out when Mason cuddled him in closer, kissing his brow. Percy felt a hand on his belly, and looked down to see Mason’s hand petting his baby bump. Where having anyone but Edward touch him there bothered him, Mason’s hand was warm and gentle, and he sighed.

“Are you alright with Mason, little one? I need to talk to Lord Lucius about what happened. I can stay if you need me to,” Edward asked him. Percy knew that ‘talking’ was not what was going to happen. Someone was about to die.

“I’ll be fine,” Percy said quietly, pulling his arm to his chest and curling up now that they were done. “I’m sorry I caused trouble.”

“You did no such thing, my mate,” Edward said sternly, leaning down and kissing him. Percy kissed Edward back, and his mate pulled away after a moment with a sigh and a frown. “I love you.”

“Love you too,” Percy said, and Edward backed away from the chair, obviously reluctant to leave him, even with his brother. Percy gave him a small smile, and rested his head on Mason’s chest. Edward sent a look at Mason, and Percy could feel Mason’s chest shake with a soft chuckle.

Edward left, sending Percy another glance, Lord Lucius leaving with him. Percy refused to think about why they were leaving, or what was about to happen. He just couldn’t think. His arm hurt so badly he wanted to sob, and he was tired. He drooped, spent and hurting.

All he wanted was a safe place. To just be safe, and be still, and settle. To rest and wait, and find the time to think about what his baby was going to look like. Boy or girl? With the Cassian coloration with dark, thick black hair and almost black eyes? Would any part of Percy go to his baby, or would the child be wholly Edward’s, as was Percy’s design?

Revella Hawthorne is an erotica author and fanfiction addict who enjoys putting the naughty visions in her head down on paper, and then giggling feverishly while watching people read them for the first time. (The initial reaction NEVER gets old!) Thank goodness for her betas, otherwise she'd have no barometer for just how delicious her stories actually are.

Where To Find the Author: 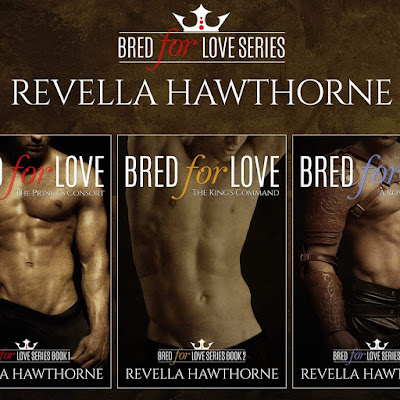