Can a werewolf who makes people disappear save his world -- and get the boy of his dreams? 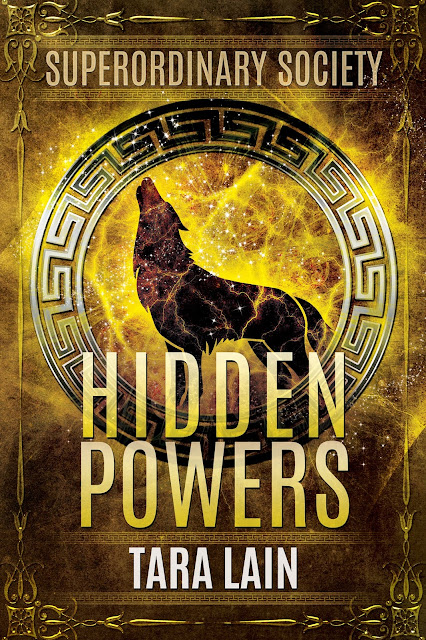 Blurb
Jazz Vanessen is weird—and not just because he’s a werewolf. For most of his life, he’s felt different from his alpha male brothers and friends. Since he’s adopted, he can’t even blame it on family.
Now eighteen, Jazz meets his idol, the social activist Lysandra Mason, and her breathtaking nephew, Dash Mercury. When Dash is around, even stranger things start to happen, including Jazz falling hopelessly in lust. Not only is Jazz having visions, making people disappear, and somehow turning invisible, but somebody’s following him and threatening to reveal his pack’s secrets to the world.

Together with Dash and Jazz’s equally amazing friends—Carla, BeBop, Khadija, and Fatima—they discover the danger is even more lethal than they thought, and Jazz’s weirdness may save all their lives.

Dash stared at Lys as she calmly reviewed her emails and sipped champagne. Her limo was equipped with all the comforts. But right now he was tempted to snatch some of that comfort from her hand to get her to pay attention. “Lys, are you going to tell the Magicouncil?”
She looked up, curious. No, that wasn’t right. Evasive, that’s what she looked. “What do you want me to tell them, Dash?”
“That we’ve experienced two unexplained surges of power in this area in the last two days. And the second one was significant. Hell, Lys, the hair on my arms is still standing on end.”
“They’ll then ask me where it came from.” She drained the last inch of bubbly in her glass.
He raised his eyebrows. “And you’ll tell them that you think it came from some unregistered and unexplained kid in a backwater called Hartford, Connecticut.”
She gave him a wry smile. “Don’t forget, I come from this backwater.”
“Only by accident.”
She set the empty glass in the side compartment next to her seat. “What did you think of him?”
Dash inhaled. Strange, but he didn’t want to tell her everything. “He’s powerful. Amazingly so. But—” He shrugged. “—he’s different. I don’t think he knows anything. And there’s something really odd about him. Like a power I don’t get.” He looked at her face and realized she looked uncomfortable. “What did you think?”
“I’m not as impressed as you are.” She stared at her computer screen. “You know that there are many humans who have skills they’re unaware of.”
“You think that’s all it is? Seriously? All that power?”
She turned and met his eyes. “I don’t think we should go off half-cocked, getting the council all riled up and intruding on this boy’s life until we know more. He comes from a very powerful human family, Dash, one with money and influence. We can’t start harassing him without consequence.” She glanced at her hands. “I wish we’d met more of his family. That might explain something about his skills.”
“Well, you set up the perfect scenario to learn more about him.”
She smiled slowly—and slyly. “You finally got with the program.”
He barked a laugh. “You’re always a step ahead of me, Mistress.”
“And don’t you forget it. By the way, I loved your comment about absorbing experience from the cosmos. Very cute.”
He smiled to cover his hard swallow.


She gazed at him and sipped her champagne. “Think of this assignment as a chance to further prove yourself. A step toward—well, let’s just say big things, where you really can absorb teachings from the cosmos.”

Tara Lain believes in happy ever afters – and magic. Same thing. In fact, she says, she doesn’t believe, she knows. Tara shares this passion in her best-selling stories that star her unique, charismatic heroes — the beautiful boys of romance —  and adventurous heroines. Quarterbacks and cops, werewolves and witches, blue collar or billionaires, Tara’s characters, readers say, love deeply, resolve seemingly insurmountable differences, and ultimately live their lives authentically. After many years living in southern California, Tara, her soulmate honey and her soulmate dog decided they wanted less cars and more trees, prompting a move to Ashland, Oregon where Tara’s creating new stories and loving living in a small town with big culture. Likely a Gryffindor but possessed of Parseltongue, Tara loves animals of all kinds, diversity, open minds, coconut crunch ice cream from Zoeys, and her readers. She also loves to hear from you.