Can be read as a standalone 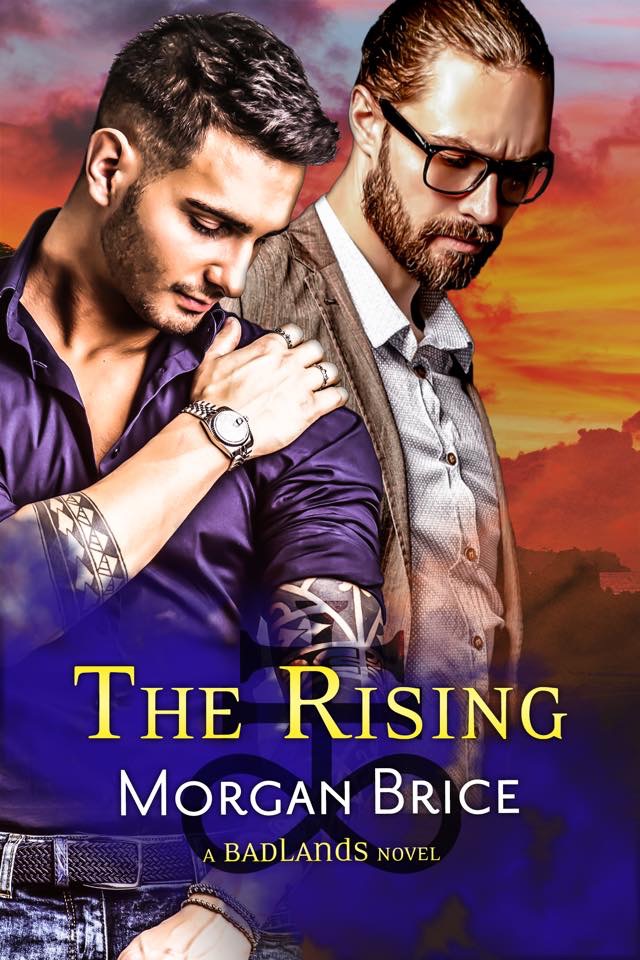 A big storm is brewing, there’s a killer on the loose, and the ghosts of Myrtle Beach are restless. Psychic medium Simon Kincaide and his sexy cop boyfriend, homicide detective Vic D’Amato have their hands full helping the Grand Strand brace for rough surf, driving rain and high winds as a winter storm roars toward shore.

Everyone’s on edge, and rumors are rampant about sightings of Blackcoat Benny, a ghostly omen of danger, and worse, the Gallows Nine, the spirits of nine infamous criminals hanged back in the 1700s, a harbinger of disaster. Rough tides wash the wreck of an old pirate ship into shallow waters, high winds threaten to damage an old mansion with a dark past, and the citizens of the beach town hunker down to ride out the storm.

As the skies grow dark and the sea turns wild, several men from prominent local families end up dead under suspicious circumstances. Simon’s premonition confirms Vic’s gut feeling—the killing is just getting started. As Simon tries to reach out to the spirits of the murdered men to help the investigation, he’s attacked by malicious ghosts that don’t want anyone getting in the way of their long-overdue vengeance.

With the storm hammering the coast, and new victims piling up, Simon is certain that the sins and secrets of the past are coming due, and that the murders have a supernatural link. Vic and Simon race to stop the murders against an unholy deadline, but as they battle rising tides and risen ghosts, can they save the intended victims without getting trapped themselves.

Grand Strand Ghost Tours didn’t just arise from Simon’s passion for myth, legend, and folklore; it was rooted in his abilities as a psychic medium. Sure, the ghost tours were largely entertainment, but Simon also gave private psychic readings and conducted séances by appointment. Along with the books he wrote about ghosts and the speaking engagements he provided for local organizations, Simon had managed to create a thriving business. He leaned against the railing, enjoying a moment of contentment.

Or maybe, the calm before the storm, a little voice in the back of his mind warned.

His phone buzzed, and Simon pulled it from his pocket and smiled. “Hey. Miss me?”

“Always.” Homicide lieutenant Vic D’Amato’s voice was a husky rumble. “I just wanted to check what time you finish up tonight. Figured it was my turn to pick up dinner.” The tone in Vic’s voice promised far more than food, and Simon felt the anticipation go right to his dick.

“I should be finished around seven. It’s off-season, so no tours on Mondays. You have a busy day lined up?” Simon asked as he started walking toward his favorite coffee shop.

“Not yet, and I’m hoping it stays that way,” Vic replied. “It’s never a good thing when we’re busy.”

“Let me know if you hear anything official about the storm. I’ve heard six different forecasts, and I haven’t even gotten coffee yet.”

“Sure thing—but don’t expect anything dependable yet. We’re too far out.”

Simon knew how changeable forecasts could be so close to the ocean. Still, Myrtle Beach had barely gotten back on its feet after the last hurricane, so the news of another severe winter storm—hurricane or not—had everyone on edge.

“Be careful out there,” Simon said, letting his voice drop to a growl. “I love you.”

“Love you, too. Stay out of trouble.”

Despite the forecasts, Simon couldn’t help feeling a spring in his step after talking with Vic. They’d been together for less than a year, but Simon was finding it more and more difficult to remember what life was like before meeting his handsome homicide cop. Vic had officially moved into Simon’s retro blue bungalow after the holidays, and while they were still working out their new living situation, Simon had never been happier.”

“The boardwalk might not be busy, but Le Mizzenmast, Simon’s favorite coffee shop, was always bustling. The locals called it Le Miz, not to be confused with the musical. The building had previously been a pirate-themed attraction, and when Tracey Cullen took over, she couldn’t afford to remodel, so she just incorporated the pirate decor into her theme and went with it.

“Hi, Simon!” Tracey called with a wave from behind the register. “You want the usual?” When Simon nodded, Tracey turned to her barista. “One Dread Pirate Roberts and a mocha please!”

Simon took his place in line, remembering how he and Vic had met right here, waiting for coffee. Simon had taken one look at Vic’s muscled body, his dark brown eyes, and the ink on his arms and felt an instant attraction. After all these months and several hair-raising adventures, the magnetism had only gotten stronger. Being in love felt wonderful, and Simon resolved to enjoy every minute of it.”

Excerpt From: Morgan Brice. The Rising: A Badlands Novel.

I’ve always loved stories about ghosts, creatures, magic, and haunted houses. That pretty much sums up the urban fantasy genre. Sure, I like a mystery, adventure, or romance story—but it’s better with monsters, spooky spirits, spells and things that go bump in the night.

The idea of hidden knowledge, monsters in the shadows, supernatural powers and messages from beyond the grave makes my heart go pitter-pat. I got my first book of ghost stories when I was ten, and read it over and over until the cover fell off. I can directly trace my love of vampires, werewolves, witches and spooks to being a fan of the TV show Dark Shadows when I was a preschooler. It’s stayed with me ever since—wanting that little something (supernatural) extra.

Thinking that there is a whole secret world co-existing with our own sparks my imagination. That’s why my urban fantasy MM paranormal romance characters stand on that threshold between worlds, keeping people safe.

The Rising, my latest book, is part of my Badlands series, about a psychic medium and a homicide detective who team up to stop supernatural killers (and fall in love). Simon Kincaide can see and hear ghosts, and he sometimes gets visions. Vic D’Amato saw something he couldn’t explain during a hostage situation, and reporting it almost ruined his career. But when Vic and Simon team up, sparks fly, and as their relationship evolves, they’re learning to make the most of their different skills.

In my Witchbane series, Seth Tanner and Evan Malone hunt dark warlocks to avenge the murder of Seth’s brother and stop a cycle of ritual killings that has gone on for a century. In both the Badlands series and the Witchbane series, I really love to draw on history, folklore, mythology, urban legends and the locations where the books are set in order to make the supernatural feel real and combine the heat of romance with the chill of something wicked coming your way.

Come walk on the wild side with me—if you dare!

Thank you for having me as a guest! I hope folks will check out The Rising and the whole Badlands series, as well as my Witchbane books. You can also stay in touch by joining my Facebook Group:  www.Facebook.com/groups/WorldsOfMorganBrice
Or following me on Pinterest (for Morgan and Gail) www.Pinterest.com/Gzmartin where I post photos of places and people who inspire my books. I’m also on Twitter: @MorganBriceBook and you can get a free Badlands short story (Restless Nights)  and sign up for my newsletter here: https://claims.prolificworks.com/free/js6x0fq8

Other books include Witchbane, Burn, Dark Rivers, and Badlands. Watch for more in these series, plus new series coming soon!