Moved by You by Ann Lister - Release Blitz with Giveaway 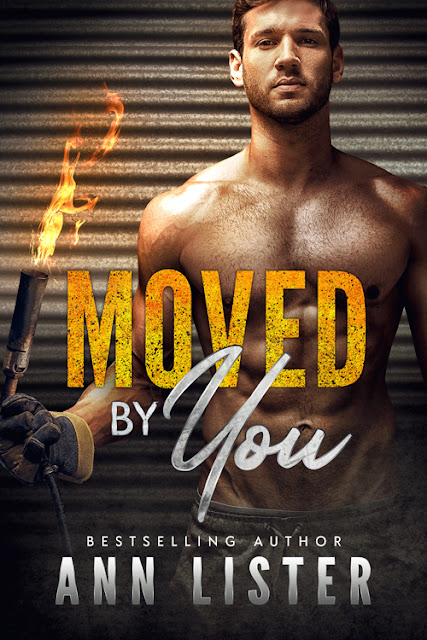 Vance feels trapped. He never cared about his family’s wealth and prestige, but he finds himself pinned in place by the weight of his father’s expectations. Vance would much rather sweat in his studio creating metal sculptures with his blow torch than take any kind of position at the family firm. When pressure from his father mounts, Vance is torn between going with the flow or making waves. But everything changes when Vance hits a bike messenger with his car.

Kyle has drifted through his life with a massive chip on his shoulder against the privilege that’s always been just out of reach. His job as a bike messenger doesn’t help. He’s stuck delivering packages to the very elites he loathes. When Vance crashes into Kyle, they’re suddenly thrust onto different paths than they ever expected. But can they take this new path together, or will egos and societal privilege create too many obstacles to overcome?

Ann Lister is a native New Englander currently living on the island of Martha's Vineyard with her husband. She has pulled details from her years living in the New England area and uses many local settings and landmarks in her novels. After graduating art school, marrying, and raising two daughters, she established her own video production company. Her nearly two decades working in video production included work within the music industry and won her a coveted Telly Award.

Her stories focus on what it truly means to love; love unconditionally, love without restrictions or labels, love without fear or judgment – to just simply love.