How Not To Break by Susan Hawke - Release Blitz with Excerpt 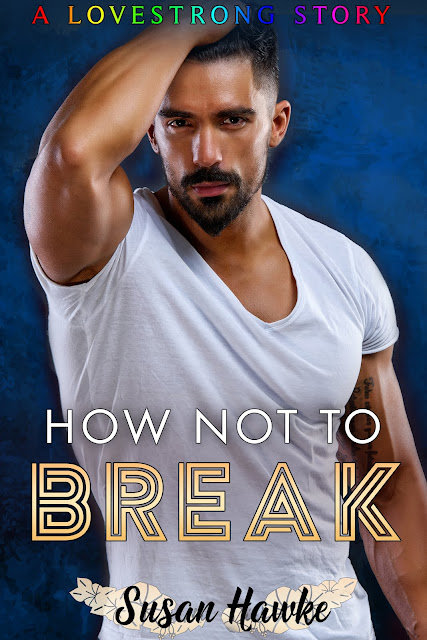 How Not to Break
A LOVESTRONG NOVEL
Susan Hawke
M/M Romance
Release Date: 03.09.19

Take one former SEAL with a healthy dose of regret…

Nick St. Cloud is living with shame from the one time he let his lust override his sense of honor. He’s haunted by the memory of when he made love to his best friend’s eighteen-year-old son. The tragic accident that happened that same night has only compounded his guilt. A decade later, he’s doing his best to be there for Charlie’s son, but anything more than that just wouldn’t be right… would it?

Plus the younger guy who he’s tried to forget…

It’s been ten years. Ten long years. Does Shaw Michaelson feel bad about having seduced his dad’s best friend? Umm, maybe? Although he could’ve done things differently, Shaw can’t find it within himself to be sorry for the hottest night of his life with the one man he’s never been able to forget. The man he’s patterned every subsequent relationship after… yeah, Shaw totally has a type.

Equals a pair of men who deserve a second chance at a first time.

The two men are living in an uneasy peace within the same small town and circle of friends, being careful not to let the other get close enough to open old wounds. All their walls fall when a stalker begins terrorizing Shaw, sending him running to the one man he knows will keep him safe.

This is the fourth book in the LOVESTRONG series about finding love and being yourself in a small town. Intended only for 18+ readers, this is an mm romance full of all the fun, fluff, and feels you’d want from an S. Hawke book.

Note: Possible trigger warning for the mention of an animal being harmed off-page and the psychological trauma of being stalked. 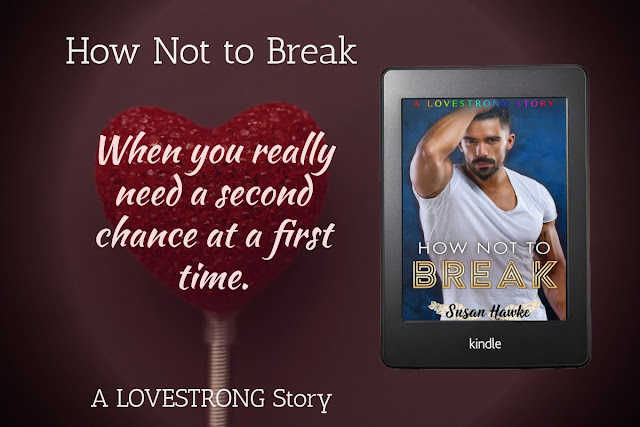 Rising from my chair, I got right up in his space and glared up at him. "I know it's hard for you to wrap your brain around this, but I'm a man. A grown-ass man. I don't need a keeper, a savior, a knight in shining armor, or a master. Get it through your skull, and pass the memo along to any and all interested parties."
I was so angry at this point that I was shaking. And he wasn’t the only one I was pissed at. I turned and pointed at Rick. "And as for you… you can wipe that smug shit off your face, because that goes for you too. If you want to help me, then go find whoever's behind all this crap. I'm leaving, Rick. If you follow me, I swear to God I will kick you in the nuts. Seth, give me a five-minute head start, okay? Make sure Rick doesn't try to follow me, because I don't want to get arrested for assaulting an officer."
Seth was laughing his ass off as I stormed out of the bar. I hadn't made it even half a step over the threshold before Nick came rushing up after me.
"Goddammit, Shaw. Walk off in a huff on your own time, not when you have a stalker. Seriously, you can't be an idiot when you have someone stalking you. At least let me walk you to your car if you won't let me do anything else for you."
Instead of commenting, I merely pulled my key fob out of my pocket and clicked the button to unlock my car. Headlights flashed from where it was parked two spaces from the door. I waited for him to notice that before I spoke. "See? Not an idiot. I actually thought ahead and parked by the door. Go me!"
Nick groaned, rubbing a hand over the top of his head as if I frustrated him so much that he couldn't even deal. Good. That made two of us because I couldn’t deal with him right now either. "I don't think you're an idiot. I think you're vulnerable—there's a difference. You're a small guy, Shaw. You could be easily overpowered."
I was almost to my driver's door when Nick decided to prove his point. He pulled a slick move that had me bent backward over my hood and gaping into his face where it hovered just above mine. I was beyond pissed… and more than a little bit turned on.
The fucker had the nerve to wink. "See how easy it was to overpower you? Tell me, Shaw—do you have any idea how to turn the tables and get free of my hold? Sure, this is me right now, but if it was someone else? This is why you need protection."
Without stopping to think it through, I acted on impulse. Grabbing his head, I pulled him forward as I leaned in to close the distance and kissed him hard. My cock came to full attention when the kiss got away from me. Frustration turned to passion somewhere along the way and I forgot what I was doing for a few. While our tongues danced against each other, Nick eased up on his hold to run a hand lightly along my side. Despite my racing heart and aching cock, the moment I felt the touch of his hand, I remembered my half-assed idea that had gotten me here.
Gotcha.
Breaking the kiss, I quickly ducked under his arm and whipped open my driver's door, slipping into the car while he stood there with a dumbfounded look on his face. I started the car, then cracked the window just enough to slip my hand out to flip him off.
I followed the gesture with a little taunting. "Tell me, Nick. Was that distraction a good enough tool to get free? Piss off. I'm neither your charity case nor your ward to protect. I’m a man, Nick. A man who can take care of his own shit. Have a good evening!"
I glanced into the rearview mirror and grinned when I saw that he stood gaping after me as I drove off. I would call the points Shaw: one, Nick: zero—except for the fact that I was driving away with tingling lips and a throbbing cock. Talk about a plan backfiring. 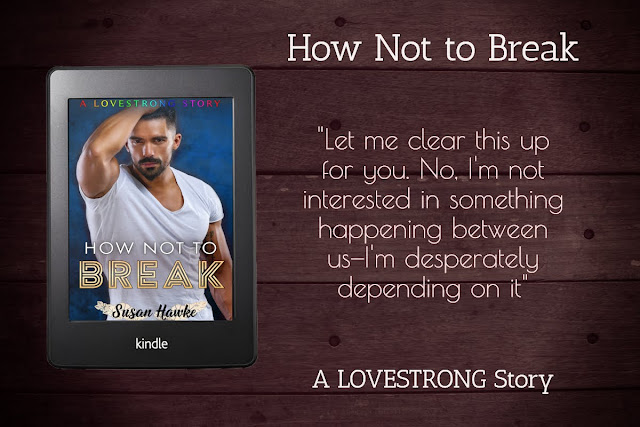