Five Men. Five Chances for Redemption. One thing’s for sure, these guys are no angels

It is a standalone story

There’s nothing like being blackmailed by a dead man to really bring a group of cons together. And what a group we are: a hacker, a thief, a con artist, a thug, and a Federal agent with an axe to grind. The deal is simple, we do the jobs and Charlie’s lawyer wipes the slate clean for each of us, one at a time.

Since job number one calls for some muscle, it looks like I’m up first. I’m Steele Alvarez, ex-Special Forces Close Protection Specialist (aka, a bodyguard for some not so nice guys).

After learning what the job is — taking down a seemingly untouchable senator with a penchant for beating up young male prostitutes — I’m in. No questions. A bullet ought to do the trick.

Then I met Senator Harlan’s latest victim: Breck Pfeiffer, the gorgeous hooker with a heart of gold and the soul of a fighter. One look at him and I’m gone. That kid laid me out harder than any punch ever did. I’ll do anything to protect Breck, even kill for him. But Breck doesn’t want the senator dead, he wants vengeance.

If we’re going to find a way bring down the slimebag and get the blackest mark on my record erased, I’m going to need all the help I can get.

Like it or not, we’re all in this together.

Thank Christ someone had been bright enough to leave the air conditioning on in Charlie’s mansion. Dead men paid no electric bills, I guess. Fucking Florida.I’d been gone too long and had somehow forgotten how truly miserable the humidity could be. Sure, it could hit a hundred and fifteen outside of Baghdad, but it was dry heat.

I thought about taking off my suit, or at least my tie, but until I knew what the hell was going on here, I wasn’t going to let my guard down.

Besides, I looked good in a suit.

“Nice house, huh?” Wesley said from my behind me, as I was busy assessing the layout of the house and cataloging any possible pinch points. Like I said, I didn’t know what I was doing here, and I wasn’t taking any chances.

“I’ve seen bigger.” In my most recent incarnation as close protection specialist and hired muscle to some very rich and very bad men, I’d been in mansions that made this place look like a pool house. Not that this place sucked. Not at all. The cabin I’d grown up in could have fit in the foyer with room left over.

We followed Ms. Miranda Bosley, Charlie’s attorney, single-file down the tiled hallway of the big house like a line of ducklings. Wesley was the only guy I knew and consequently the only one in the group I trusted enough to walk behind me. Even Ms. Bosley looked like she wouldn’t hesitate to stab me in the kidney if she felt she needed to.

Seeing Wes at the funeral had been a surprise. A quick, stilted conversation had revealed that he was here for the same reason I was – we were both being blackmailed by Charlie.

I couldn’t imagine what Charlie had on the kid. I’d only worked with Wes twice before, but he was more a gray hat than a black hat hacker; the kind of person who didn’t mind doing the wrong things for the right reasons. A cross between MacGyver and Anonymous, the kid had probably been on an FBI watch list since he was twelve.

Wesley had triggered my protective instincts from our first meeting, but he’d never really needed much help beyond muscle. Sure he could take of himself with that jujitsu or whatever, but sometimes some people just needed their faces punched, and I was more than happy to do that for him. It was satisfying.

Now Angel-Face, as I’d taken to calling the gorgeous blond kid who’d been sitting a few rows ahead of me at the graveside ceremony, hetriggered other instincts in me. Made me think things I probably shouldn’t be thinking at a funeral. But then again, Angel-Face hadn’t seemed exactly consumed with grief either. I hadn’t been completely surprised to see him following Miranda after the funeral along with Wes and me. Very interesting. What had that choir boy done to be in such bad company at such a young age?

There’s nothing like being blackmailed by a dead man to really bring a group of cons together. And what a group we are: a hacker, a thief, a con artist, a thug, and a Federal agent with an axe to grind. The deal is simple, we do the jobs and Charlie’s lawyer wipes the slate clean for each of us, one at a time.

I’m Bond. Wesley Bond. (I can’t resist saying it that way. Blame my dad, if you can find him.) You could call me a hacker. I redistribute wealth - moving it from rich slimebags to poorer but infinitely more deserving people - and make a tidy profit as I do. My mission, should I choose to accept it, is to bring down some modern-day slave traders.

I definitely choose to accept it.

With the life of the one person in this world I love on the line, I can’t afford any screw ups or distractions. Unfortunately, my biggest distraction is also my biggest asset - Danny Monroe. Danny is a leftover complication from our first job; a victim of the vicious senator we’d gotten locked up. He’s a smart, funny, gorgeous, ex-prostitute, who can’t seem to keep his clothes on. I can’t seem to keep my mouth shut around him. But I need a fake boyfriend, and Danny is the only option.

Fooling the world into thinking we’re in love will be easy; fooling myself that I’m not might be impossible.

“Hey, can anyone explain why my shirt drawer is empty?” Ridge Pfeiffer demanded, appearing on the patio where the rest of our little band had congregated. Our resident retrievals expert (read: thief) was naked from the waist up and scowling beneath his blue eyes and blond curls like the world’s most overgrown, pissed-off Botticelli angel.

I pulled down my sunglasses to look at him, then slid them back up so I could focus on my phone screen. Right now, I was engaged in a long-term bout of spear phishing at Campbell Enterprises, and I was about to close the deal. This was way more interesting than anything Ridge was likely to share.

Janie,I typed, I’m on a plane with Dal Anderson and he wants a four-paragraph summary of Thursday’s press release so we can prepare talking points for the investors!! Can’t access the secure server from here and I’m fah-reaking OUT!! Send me something? – Becks

There. That ought to do it.

Becks, aka Rebecca Frankel, Junior Executive Assistant to the VP of Human Resources at Campbell, according to her LinkedIn profile, was adorably naïve and helpful. For example, when a friendly IT man had called the other day and asked for her credentials to verify a “suspicious login” from her site, she’d provided all the necessary info. Hell, if I’d asked for her astrological sign and social security number, she’d probably have given me that too.

Once I’d accessed her email, I’d had the keys to the castle. It had been easy to copy her writing style – hyper-friendly, with way too many exclamation points for a person over the age of thirteen – to learn that she was going on a business trip with her boss this week, and to find that she was smoke-break buddies with Jane DeVoor, Assistant to the CFO. As soon as Jane emailed back a summary of Thursday’s press release to help her pal out, I’d make a few quick investment decisions like I’d somehow learned to predict the future.

Hint: Ditch your psychic friends and go phishing instead.

“Um, would we say the drawer is really empty, though?” Breck, Ridge’s identical twin, asked from the lounge chair where he was stretched out in the sun practically on top of his boyfriend, Steele Alvarez.

“Close enough. The only things left are a pink tank top that says I Would Bottom You So Hardand this Pittsburgh Steelers t-shirt.” Ridge held it up. “Neither of them is mine, and frankly I don’t feel comfortable wearing either.”

A dreamer and an idealist, Amy writes about people finding love, family, and magic in the everyday world. From professional hockey players to professional thieves, her boys work hard, play hard, and love harder. She invites readers into her characters’ lives and worlds when they are their most vulnerable, their most human, and living with the same hopes and fears we all have.

Born on Long Island, NY, Amy has lived in Los Angeles, London, and Bangkok. She currently lives in a town suspiciously like Red Deer, Colorado. 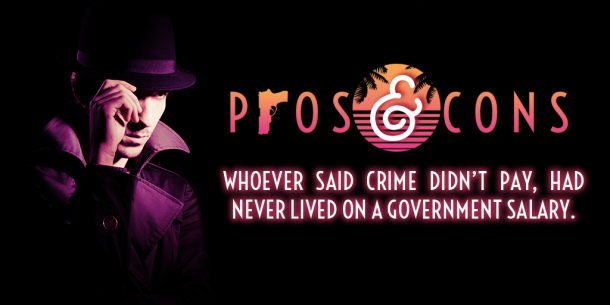