Kiss Me, Daddy by Quinn Ward - Release Blitz with Giveaway 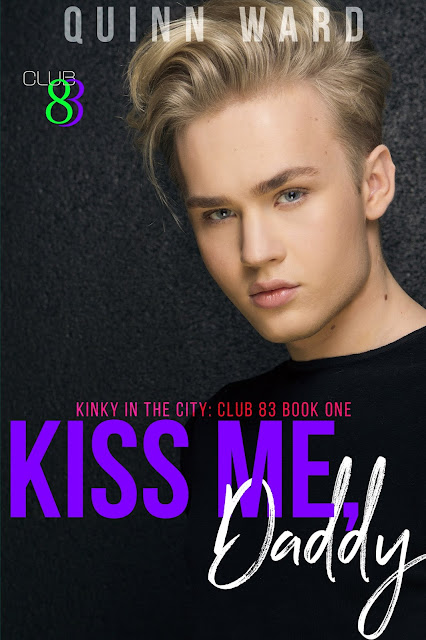 Andy's a recent college graduate with a mountain of debt and a load of regret over earning a degree he'll never use. When he takes a job at a local gay bar, he doesn't expect the first person to catch his eye to be the man he's been dreaming about since a chance encounter.

Joshua's comfortable in his life. He has an amazing son who's wise beyond his years, an ex-wife who's one of his best friends, and a great job. Now, if only those closest to him would quit hounding him to start dating again after the divorce.

Joshua finds what's been missing with the other people he's tried dating the first time Andy slips up and calls him Daddy. What starts as a slip of the tongue could lead to what both men really need and want.

Quinn writes LGBTQ romance with a kick. Their stories center around the relationship building between the characters, but also shows how compatible they are in the bedroom (or wherever else the urge strikes).