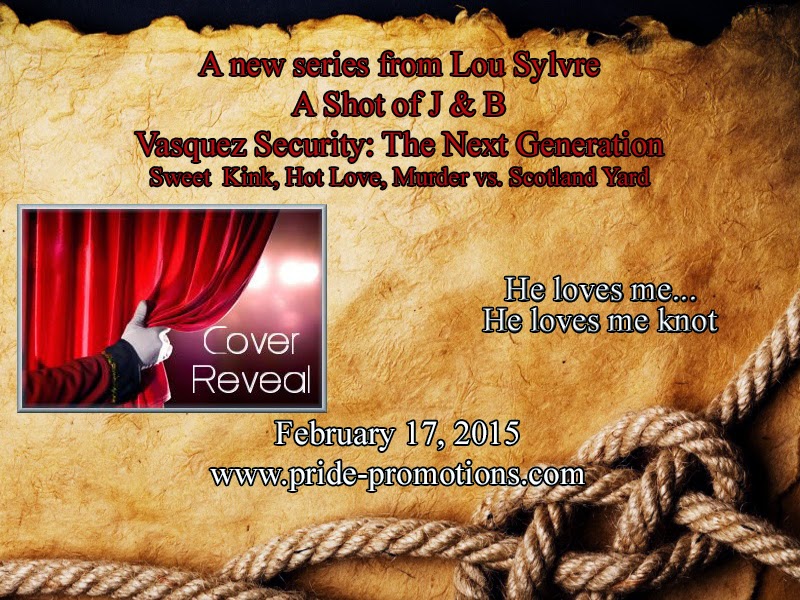 Book Name: A Shot of J & B
Series? Yes
Title: Vasquez Security: The Next Generation
If yes, what number? Book 1
Release Date: Mid-March 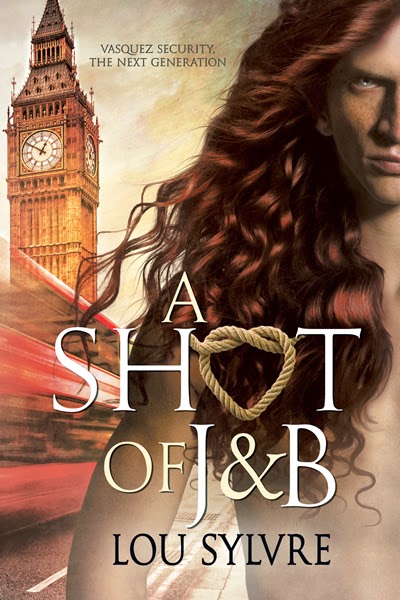 Six years ago, Brian Harrison helped save the life of Jackie Vasquez, and he’s never really forgotten him. After the rescue, Brian ended his employment with Jackie's uncle Luki and left the US for England, aiming to distance himself from the confused feelings—not lust, but not brotherly—that then sixteen-year-old Jackie engendered. Now Jackie has become a man, and when they meet again by chance, lust with a dose of D/s rope kink is definitely on the list of possibilities. As they get to know each other, though, lust shows every sign of growing into love, deep and true.

When Jackie moves to London for graduate studies in criminal psychology, he and Brian hope they’ll be able to enjoy each other's frequent company. But they haven't factored in the claim Brian's police job with Scotland Yard will make on his time, especially when the “Gaslighter crimes” sap investigative resources. An abandoned aide dog named Soldier leads to a breakthrough clue, and a chain of discoveries fall like dominoes. As Brian rushes to beat the criminal’s game before it escalates to true terror, he comes to an undeniable conclusion: Jackie Vasquez, the man he loves, is in mortal danger.

Excerpt:
“So, anyway, Brian,” he said, ending a not uncomfortable lull in the conversation. “I’m looking forward to the ride to airport. I want to hear more about your work, and London, and whatever. But,” he gestured toward the window, “here comes Sonny and Luki and Bear. I’ll get more coffee on.”
He rose, but before he turned toward the kitchen, he faced Brian and leaned forward, kissed his cheek swiftly and softly. He intended to step away, but Brian caught first one of his hands, and then the other, and held them both in one hand.
“Jackie, thank you for that. But what I’d like even more is if you were to kiss me—” Brian lifted the index finger of his free hand and touched his own lips. “—just here. Will you?”
“Yes,” Jackie whispered, and without any conscious decision to do so, added, “Yes, sir.” He leaned forward and touched his open lips to Brian’s, found them soft when he added a bit of pressure, and sent his tongue darting just inside for a taste. They broke the kiss together, but as it ended, Brian sucked and then nipped at Jackie’s bottom lip.
Brian smiled, and after he let go of Jackie’s hand, stroked once over Jackie’s shoulder and arm—a comforting touch, Jackie thought. “Thank you, Jackie,” Brian said, his eyes sparking with something like mischief. “That was lovely.”

Lou Sylvre lives and writes on the rainy side of Washington State, penning mostly suspense/romance novels because she can't resist giving her characters hard times but good love. Her personal assistant is Boudreau, a large cat who never outgrew his kitten meow, and he makes a point of letting her know when she's taken a plot tangent too far. He (Boudreau) invites readers to give their feedback as well!

Rafflecopter Prize: Any Vasquez and James book, plus a $10 Dreamspinner gift card