Passions ignite in 13 dangerously hot romances Stephanie Rowe - Shadows of Darkness Haunted by a tormented past that has come to reclaim him, a former assassin must choose between saving the world, or protecting the one woman who can touch his heart and redeem his soul. Robyn Peterman - Fashionably Hotter Than Hell Book 5 of the Hot Damned Series Victoria Danann - Konochur: Wolf Lover In the middle of a war with dragon shifters, a human widow of a werewolf may get another chance at love, but feelings of guilt threaten a blossoming attraction to the one wolf everyone thought was untamable.

Kym Grosso - Lost Embrace Dominant vampire leader, Kade Issacson, is devastated when his fiancée, Sydney Willows, is nearly killed by a demon and her transition into the supernatural tests the limits of their bond. Deep in the heart of New Orleans, they struggle to keep her alive while searching for an escaped killer who promises to end Sydney’s life once and for all.

Dakota Cassidy - What Not To Were Claudy Conn - Harley-Awakening Harley is a Hybrid that doesn't want to serve revenge up cold. She wants to serve it up now and she wants serve it up HOT.

Teresa Gabelman - Forbidden Hunger A shifter without a pack, Janna Lawson goes in search of the man who her mother died trying to protect. What she finds is Garrett Foster, a man who has the power to decide her fate and causes a hunger inside her that is forbidden to them both.

Melanie James - Gertie's Paranormal Plantation When you run a shelter for paranormal creatures, you can’t afford to let your guard down. When carefree—and quite naïve—witch Gertie O’Leary welcomes an enchanting new guest to the plantation, she finds herself caught up in an ancient struggle. Marie Laveau and the gang will have to pull together once again to save Gertie’s love life. Love, lust and laughs await on the Paranormal Plantation.

Gena D. Lutz - Sonnet Vale: Paranormal Hunter Paranormal hunter, Sonnet Vale, has the unique ability to hunt and kill vampires. But a chance encounter with a handsome stranger is about to change everything, teaching Sonnet what it's like to be hunted and possessed.

D'Elen McClain - Fang Chronicles: Tyboll A grumpy bear shifter, a stubborn she-bear shifter, and more growls than a bear clan can possibly handle. Will the two kill each other or discover they make the perfect mated pair?

Julia Mills - Her Dragon's Heart Jace MacQuaid, the youngest Dragon Guardsman since the original knights has just found his mate, Melanie Whelan…the one the Universe made for him…the light of his soul. Of course, to claim her he will have to fight a force so dark not even the oldest of dragon kin has the answers. Fate really stepped in it this time.

Brandy L. Rivers - Seductive Solutions When Toryn’s trusted friend begins failing, he’ll search for a way to free him of the destructive bond. Isa might have a solution for Scotty’s problem, if Toryn can help her find the courage.

Cynthia St. Aubin - From Hell to Breakfast He's a supernatural bounty hunter with a broken heart and a loose zipper. She's a succubus with a smart mouth and a long rap sheet. When her crimes become his problem, they're in for one hell of a ride. 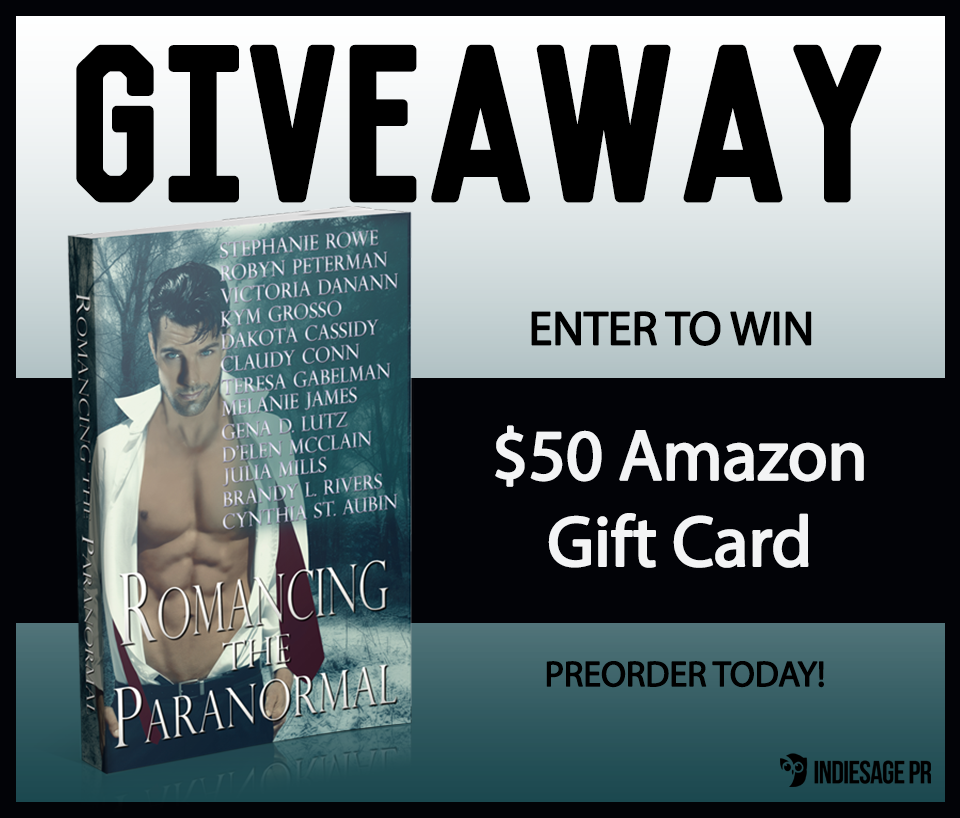