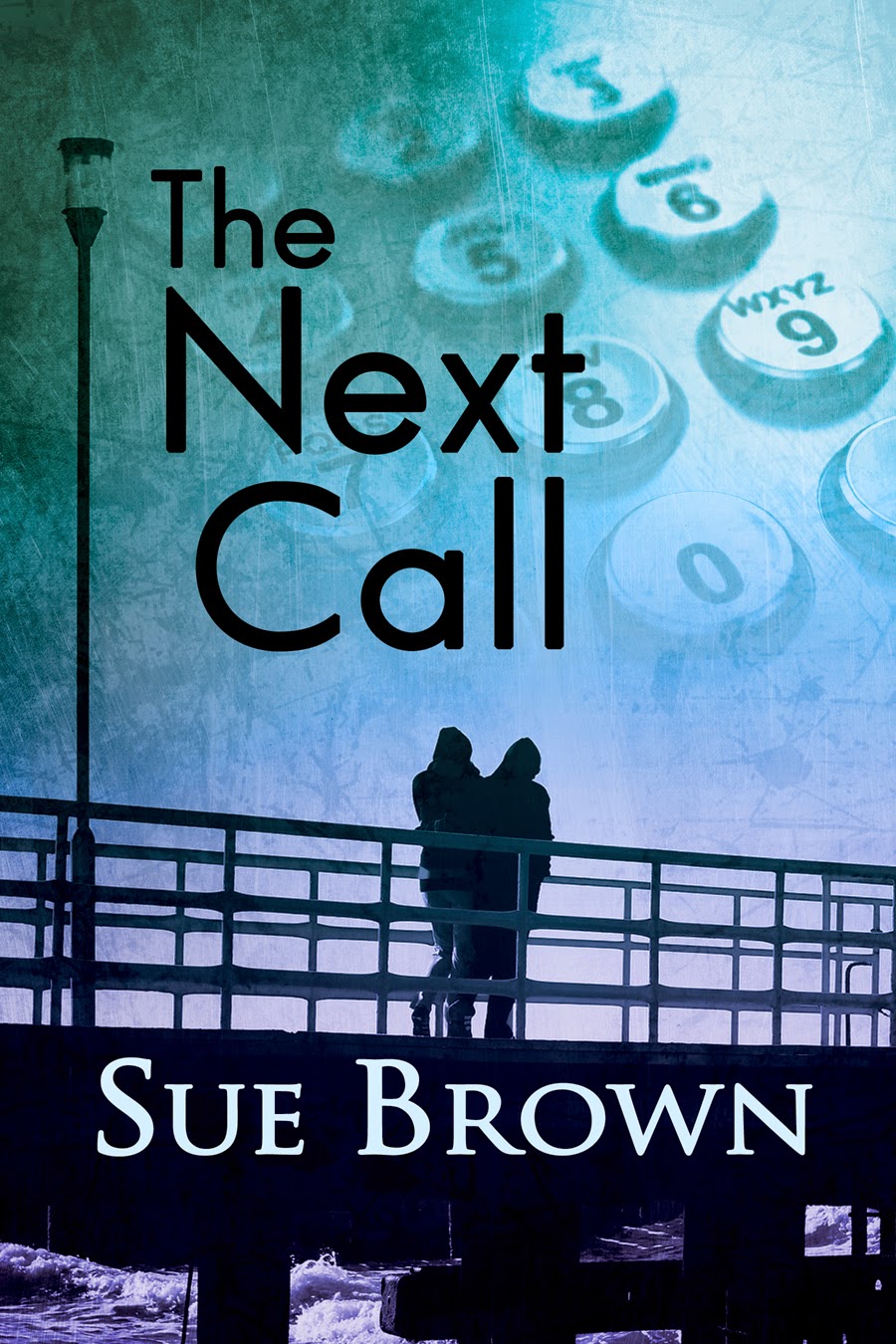 BLURB: Mark Grayson volunteers for an LGBT helpline, the same one that helped him through his teenage years. One day he takes a call from “Ricky,” a suicidal man being forced into a marriage he doesn't want. For weeks Mark talks to Ricky and provides support, but he’s frustrated by the lack of information Ricky provides and the decisions he’s making. In the meantime, Mark starts a relationship with another volunteer. Then tragedy strikes and Mark takes time away from the helpline, but when he comes back, Ricky is waiting. Mark realizes Ricky is stronger than before and their relationship changes, but Mark isn’t sure what their future holds if their relationship is destined to be at the end of the phone.

AUTHOR BIO: Sue Brown is owned by her dog and two children. When she isn't following their orders, she can be found plotting at her laptop. In fact she hides so she can plot and has gotten expert at ignoring the orders.

Wicked Faerie's - When and why did you start writing?
Sue Brown - I started writing eight years ago when I woke up from a nap to see two men kissing on the TV (Captain Jack Harkness kissing the real Captain Jack in Torchwood, a Doctor Who spin-off. It was like a light went on in my life. They were so tender and hot. I started to write fanfiction and then moved to MM three years later. I have tried to write other genres over the years but never really got past the first page.

WF - Are you driven by your characters as you write each book? Does one character talk louder than another and changes the focus of the story?
SB - My characters are very, very chatty. They are the ones who direct it all. I’d like to say the whole of the plot is worked out before the first word is written but I’d be lying.

WF - What sub-genre in M/M romance have you wanted to try but haven't? Will you? Why or Why not?
SB - Crime, scifi, military. Will I? I really hope so. Why? Because I don’t know the lingo and it worries me. I need to talk to someone who’s prepared to answer endless questions and not freak out when I ask them to read it.

WF - Who or what inspires you to write?
SB - Unpaid bills. They are a great motivator to write. I got rather inspired by my hairdresser today. He would make a great cover model.

WF - Do you have a writing routine? Does it alter depending on the seasons?
SB - I wish I had a routine but sadly at the moment I have to fit the writing in when I can.

WF - Do you have playlists for each book you write? Or do you prefer quiet when you write?
SB - I write to the stereo snoring from the doggies and whatever TV my daughter is listening to. She has control of the remote.

WF - If you do have a playlist, what were some of the songs that worked while writing this book?
SB - I don’t listen to music at all. I tried focus music once – but some idiot put running water in the middle of it, and that was it – bathroom break and no concentration.

GIVEAWAY DETAILS:
Because two of her book tours (for The Next Call and Stolen Dreams) are going to run simultaneously, we have decided we would have a common giveaway for both the tours! It makes for an awesome giveaway as you’ll see :D