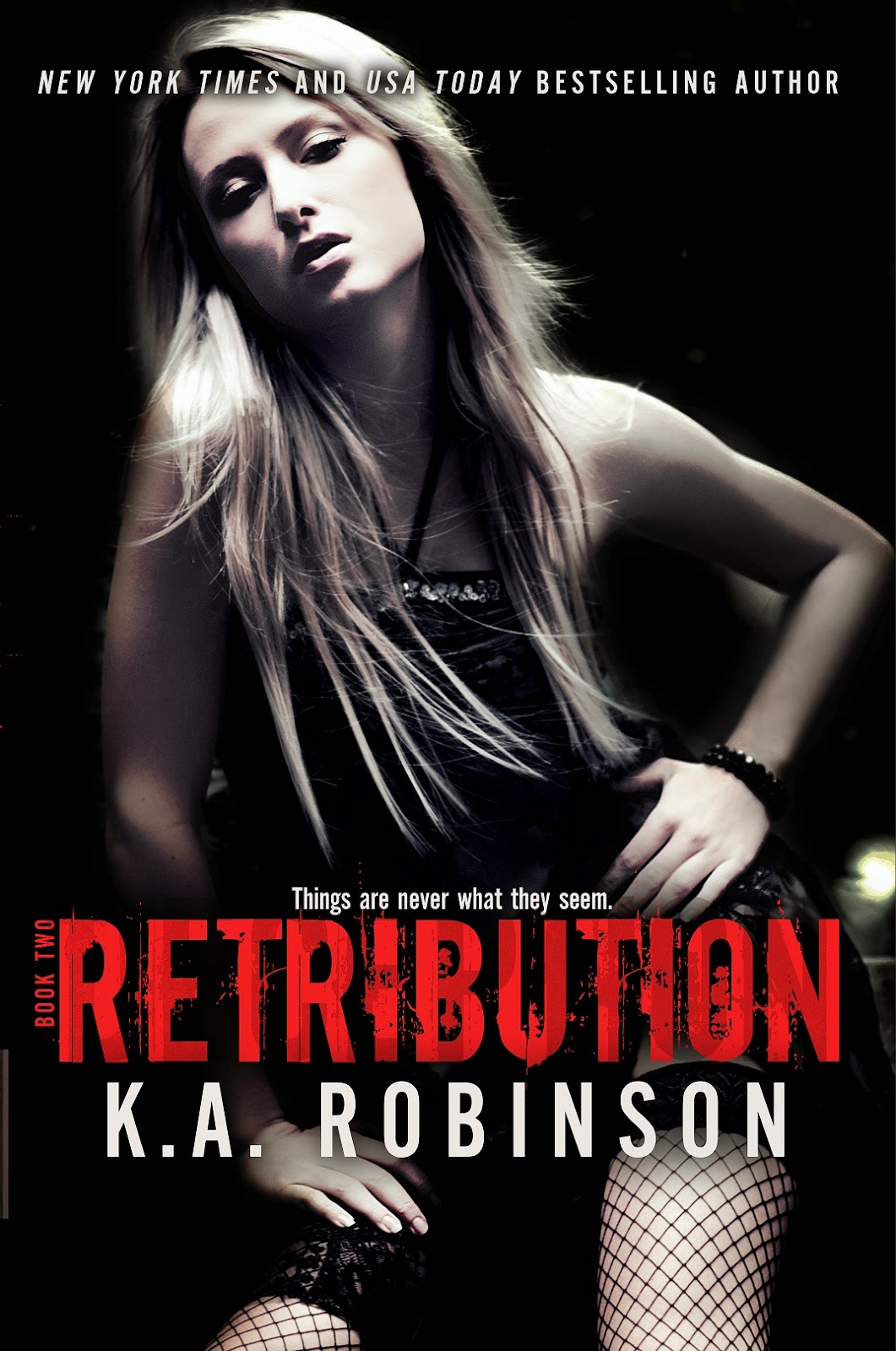 I’m so excited to finally give you information on Retribution, book two of the Deception series. (Deception information here. http://authorkarobinson.blogspot.com/p/deception-series.html) This will be the final Deception book.
Release Date: March 17th, 2015

When Claire walked away from Cooper, she thought she was doing the right thing, the safe thing. Marrying Robert was supposed to solve all of her problems.
Unfortunately, Claire’s view of Robert changes from perfect to terrifying when she sees a new side of her husband—a violent side.
The last person she expects to save her is Cooper. When he does, they form an alliance to bring Robert down for not only hurting Claire, but for the death of Robert’s first wife and Cooper’s mother, Marie.
As Claire digs deeper into Robert’s past, she learns some truths that can never be forgotten. Suddenly, Claire is in danger, and Cooper is the only one who can help her.
Enter the world of Claire, Cooper, and Robert as new alliances are formed, relationships are shattered, and feelings simmering under the surface are suddenly brought to light.
Can Claire survive the truth long enough for Robert to finally face retribution for his past?

In honor of the cover reveal and release day announcement, I have a Facebook giveaway running for a $5 Amazon gift card. Just click here. (Link will go live at noon EST on February 7th, 2015.)