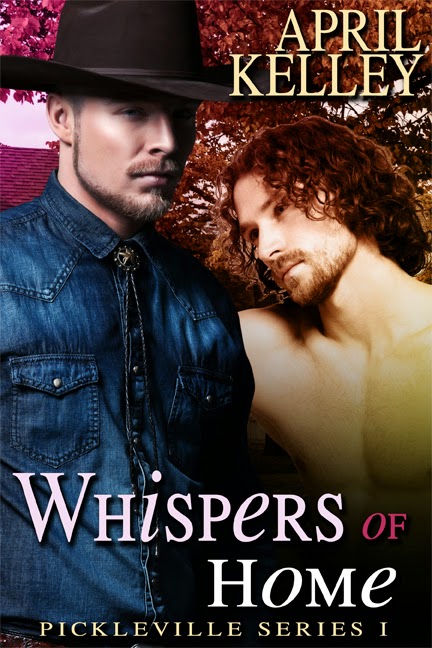 All Jaron McAllister wanted to do was get out of the small town where he grew up. After being bullied all his life for being gay, that’s exactly what he does. He loses all contact with everyone in the town of Pickleville, including his emotionally distant mother and the only true friend he ever had.
When his best friend and mother of the child they share, get murdered he knows he must ask for help in the one place he thought he would never go back to. Coming back home isn’t easy and finding himself attracted to the town man-slut spells disaster. Travis Heath isn’t at all what his reputation suggests though.

Excerpt:
Jaron had been to the grocery store three times this week. Going only once a week would be grand, but very unlikely to happen apparently. He seriously needed to start making lists every week.
“I want the little man cookies.” Bobby was practically bouncing in the cart, pointing at an elf.
“The fudge ones?”
Bobby nodded his head. Jaron grabbed them off the shelf and placed them in the cart.
“Good choice,” someone spoke from behind Jaron. The voice was deep and made him moan in appreciation. He turned to put a face to that wonderful voice.
It was as if Jaron’s thoughts had conjured him up and placed him right next to the Oreo cookies . Travis Heath got hotter since high school. And taller. When did men stop growing? Jaron was probably at the guys shoulder, but it was hard to tell from down the aisle. Travis Heath’s strawberry blonde hair was longer than it had been in high school and could be seen curling around the cowboy hat he wore.
The two women at the end of the aisle clammed up upon seeing him. Jaron didn’t blame them. He wouldn’t want to be caught talking shit either.
“I haven’t seen you guys in town before.” His smile was kind but his brown eyes—oh God help him—held mischief, as if the guy was up to something.

Born and raised in Southwest Michigan, April lives with her husband and two kids.  She has been an avid reader for several years.  Writing her first story at the age of ten, the characters in her head still won't stop telling their stories.  If April isn't reading or writing she can be found outside playing with a farm full of animals or taking a long walk in the woods.

Where to find the author:
If you wish to contact her please email mail to: authoraprilkelley@gmail.com. You can also find her on Facebook https://www.facebook.com/april.ott.12?fref=ts


Q & A with April Kelley

Q - Ability you wished you possessed?
April Kelley - I wish I could be invisible sometimes. Just to be nosy though.

Q – What do you wear when you’re writing?
AK - Sweatpants and a t-shirt.

Q  – Favorite of your characters?
AK - So far my favorite is Travis Heath. Just because I didn’t know him well at the beginning of Whispers of Home and his personally surprised me. It was fun to get to know him.

Q – Three things on your bucket list?
AK - I want to visit Germany, Go on a cruise, and visit every state in the U.S.

Q – You meet a time traveler who will take you ‘anywhen’. Do you go to the past or the future?
AK - I have a history degree so I would have to say the past.

Q – You’ve been bitten by something radioactive. What power do you get from it
AK - I’d probably want to fly.

Q – Best gift you ever gave?
AK - I gave my son a computer this year. 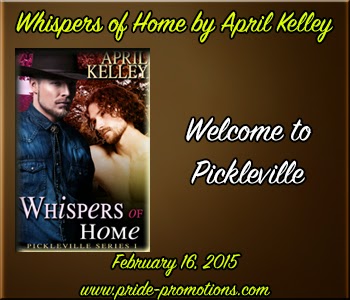