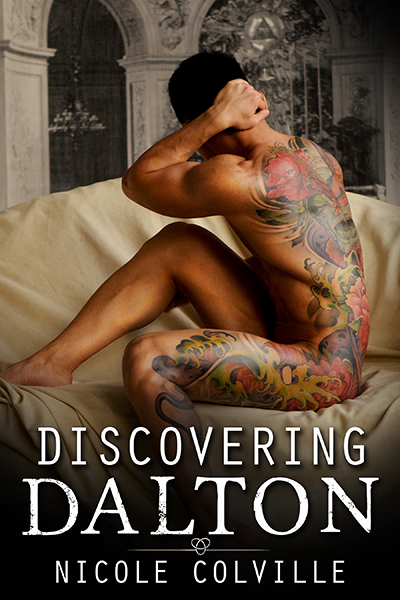 At fifteen, Troy and Liam were fostered by the same family, and although they hated each other at first, they gradually became solid friends. As adults, the two foster brothers live together. Both experience tough times, each being a rock for the other, but their love had never been anything other than brotherly.

Until they both fall for the same guy, and things get... complicated.

Dalton is fresh out of a ten year marriage. Feeling lost, he concentrates on the only thing he can control—his body. Developing from a chubby, unfit police officer into a lean, mean inked one, Dalton has never looked better, but inside, he's never felt worse. A relationship is far from his thoughts, and one with another man makes Dalton even more confused. He takes time to get to know Troy and Liam separately, but Manchester isn’t that big, and sparks fly when fate throws the three together.

Together, these three fight it out between them. Both Troy and Liam demand Dalton choose between them, but what if he didn't have to choose? What if it could work between three?

The things in life we fight for are never the easiest, but they’re the ones worth holding onto forever.

Excerpt:
Liam chatted with Milo, but Dalton was too busy trying to stop hyperventilating and not staring at Liam’s body, seeing it as he last saw it—wet and tense, excited and looking sinful in that shower cubicle. Those types of thoughts weren’t going to help him calm down. Why oh why did that have to happen?
Blue leaned in, calming strokes running up and down Dalton’s back, sweetly spoken words whispered against his neck, and Dalton’s tension eased a little. “Is he an ex or something?”
“No,” Dalton choked out.
“Oh, I just thought there was some history there.” Blue’s glossy red lips curled into a smile.
“There’s no history of that kind.”
“But there is some to speak about?” Blue opened his green eyes wider and nodded. “It’s obvious. Maybe it’s time you resolved this tension between the two of you somehow.”
“What?” Dalton stiffened.
“Well, there's obviously something happening between you two.”
“Yeah, but not what you think.”
Blue bit his lip while he thought. “Hmm, there’s a few different things going on from where I'm sitting.” He nudged his thigh against Dalton’s dick, and for the first time, he realised he was excited. “Or is this for me?”
Dalton truly had no idea. He was confused by his own body, not understanding why he was reacting at all. But it had happened in the showers while he watched Liam. Maybe it was those moments replaying in his mind which caused his cock to stiffen in his jeans.
Maybe it was the fact he had someone sitting on him, caring about him, someone with long legs and big heels, who was wearing make-up and who was confusing Dalton’s body by being more feminine than he was used to in a man. But then, Dalton was close to Samuel. He was beautiful and more feminine than Blue and this had never happened, and hadn't Samuel been sitting on his knee earlier? Maybe he was losing his mind. Maybe he’d already lost it.
“I don’t… I really don’t know,” he whispered into Blue’s hair. “I just… I have to go.”
“Wait, sexy.” Blue pressed his body more into his, meeting his eyes, those black lashes coated thickly in mascara. “Don’t run off just yet. There’s no need.”
“I'm not gay,” Dalton rushed out as low as he could make his voice, darting his gaze to Liam, his tight V-necked vest showing off those big muscles, jeans encasing his firm arse, that bottle hanging in between his lips.
This time, when Blue rubbed his thigh over his cock, Dalton grabbed Blue’s slender calf running up his leg and just held it, not moving him away but not pulling him closer—just frozen, not knowing what to do.
“You don’t have to label yourself with anything, Dalton.” Blue took hold of his chin, fingertips gently caressing his skin and making Dalton shift his gaze from Liam back to him. “I think…” He eased closer still, his thigh now pressed against the rigid length encased in Dalton’s jeans. “If your body needs something, it lets you know. If your eyes find something pleasing, they look more. If your heart beats faster for someone, then you follow it. I'm not gay. I'm a person. A human being. That’s the label I want to be tagged with. Hashtag Human.” He clicked his fingers with a bright smile.
Dalton smiled through his fear and understood what Blue was saying. He just wasn’t ready to think the same way. “That’s nice.”
“It’s the truth. The truth is always a good thing. I always think our brains confuse us. They have all this bullshit ‘learned’ behaviour which they pick up over the years and it tells you to think one way, your body saying another. It takes time for those two to work together and come to some sort of an agreement, but we all get there eventually. Just don’t pressure yourself, hon.” Blue leaned in, kissing the corner of his mouth, Dalton’s cock now crushed against his thigh. “Of course, I would like to think this is for me, but I know better.” Blue pulled back with a heavy sigh. “If you change your mind though…” He winked with a chuckle.
“Blue.” Samuel was beside them, looking between them both. “Dalton’s a bit…” He drifted off, worrying his bottom lip with his teeth, obviously not wanting to spill too much personal info about Dalton’s bad day and emotional state.
“Confused, sweetie?” Blue offered brightly.
“Yeah.” Samuel looked to the sky, then took hold of Blue’s hand. “You go get some air, Dalton.”

Tell us the highlight of your writing career (so far).

What springs instantly to mind is that Dalton got to number one and stayed there for days. It’s still in the top 5 in Gay Romance as I type this and number 2 in erotica and LGBT books, so of course I feel a great sense of pride and achievement in my career reaching that goal.
It’s a place when I first started out that I thought no way would I achieve, and I’ve looked back over the past three years of my career and seen, not only how much I’ve grown as a writer, but all of the amazing friends I’ve made through that time.

I’m a big believer in paying it forward, and because I was so naive and clueless about publishing when I first started out, I make sure to always help others when I can.

The biggest part of my career I feel proud of the most is my grammar and editing skills. My brain was fuzzy when I first started out and the first three books were a nightmare to edit. I also chose badly with two ‘editors’ and then I found the wonderful Jessica McKenna who I adore. Her patience is unending and she has taught me so many things. I always feel a sense of pride when I get my edits back and refer them to my first ones.

As a self-publishing author I wear many hats, so the team I have working with me has helped me achieve my success and I’m proud to have them alongside me. I couldn’t have done it without them, and I’m forever grateful for all the support I’ve received.

Nicole Colville was born and currently lives in Leeds, England. She is a wife and mother of two young girls who somehow manages to fit in being a full time author of m/m romance and erotica. She loves writing complex characters in bittersweet romances which will leave you addicted and craving more from her men.

Although best known for her popular series, Hidden and Knights to Remember, she also enjoys writing with friend, and fellow author, E.M Leya. Together they have published two books in their Sinful Temptation Collection with more planned.

Her new menage collection based in the popular city of Manchester, England is her first solo full length novel outside of The Hidden Series and has three books planned for release in 2015 & 2016.

Where to find Nicole Colville: 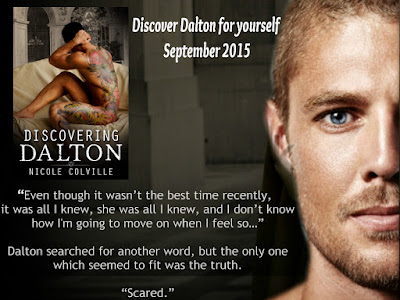 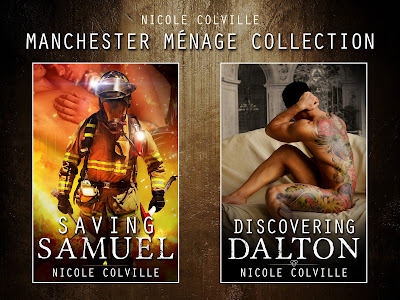