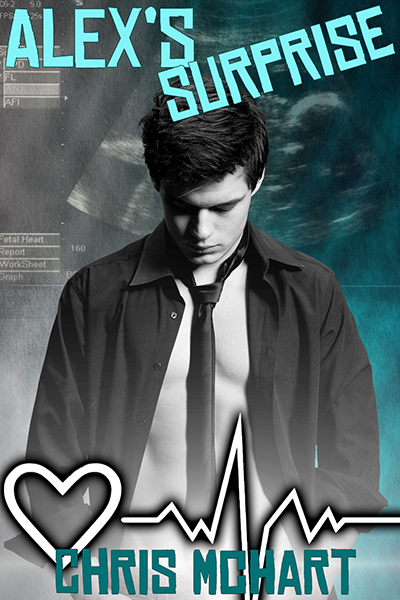 Alex’s Surprise: Alex wanted a night of hot passion with Gerome, but he gets more than he ever bargained for. His life will be changed forever in a world where he’ll be thrown in jail— or worse— for being pregnant.
Alex’s best friend, Sam, has been acting strange ever since he met Alex’s one-night stand, but now Alex needs help in order to hide, and Sam is his only hope. 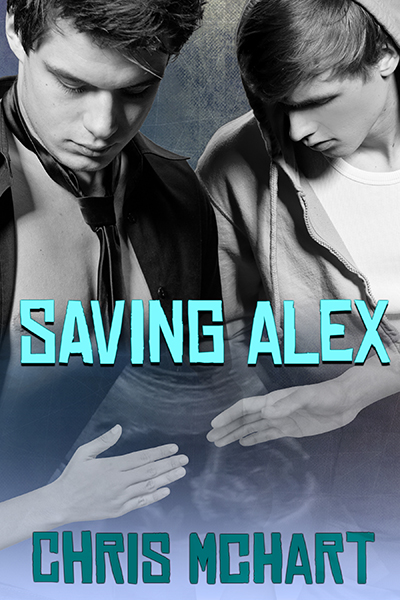 Saving Alex: Not only is Alex pregnant, something punishable by jail time, but Gerome, the father of the baby, is a vampire prince. When strangers invade Alex’s home and kidnap him, he doesn’t know who is responsible, if he’ll ever see the man he loves again, or even get to see the child growing inside him.

Considering himself the father of his lover’s child, Sam has a hard time standing around and letting others plan Alex’s rescue. But when the Prince and his trackers find an important clue, the race to save his beloved is on. Now all he can do is cross his fingers that the scheme they’ve devised will work.

When Prince Gerome receives ransom demands, the instructions are clear: mate a complete stranger or he’ll never see Alex or the child he carries again. Will he be able to convince his newly intended to help, or will those seeking to dethrone his family win this evil game of blackmail?

Caution: Contains a kidnapping, unwanted matings, a scheming king, way too many people that follow their own plans and a highly pregnant Alex

Alex zapped, annoyed, through the channels. He lounged on the couch, bored out of his mind. Sam, his best friend and roommate, had taken up the recliner, reading something. Maybe Alex should do that as well?

Watching TV wasn’t going to keep him entertained, since nothing caught his interest, no movie, no documentary, nothing. He zapped on, but stopped at a news report showing a pregnant man. He sat up a bit straighter. What was up with that?

The man’s stomach was swollen, showing he was at least five or six months along. His hands were cuffed in front of his baby bump and tears were streaming down his face. The camera showed a courtroom full of people, slowly sweeping over the interested men and women watching the process.

Alex turned up the volume. What had the man done? And why was he pregnant? He’d heard it was possible, but he’d never encountered someone who’d actually experienced that.

The reporter’s voice came up. “Robert B. was tried for violation of the racial laws. Today’s sentencing was long awaited. No one had heard of pregnant men for years, and there had been uncertainty about the actual jurisdiction in such cases. B., who is, according to doctors, six months along, was sentenced to five years in jail. His child will be put in an orphanage until he is released. The fathering sire has no legal claim over the child. He will be able to visit his child, but he can’t get guardianship over him or her. The child and the carrier will be outcasts of society after that.

“B. broke down after hearing the judge’s decision. Even though it’s forbidden, he clearly hoped the old laws would be overturned. Instead, the judge confirmed that male breeding between the races is still forbidden and punishable. With that, back to the studio.”

The picture changed, now showing a woman in a suit, smiling at the camera. “Thanks to our reporter in Berlin for a summary of today’s events in court. Now to the weather...”

Alex turned down the volume, muting the forecast. He turned to Sam, who had apparently put down his book to watch the news as well. “Did you hear that? How can they judge someone because he got pregnant?”

“I have no idea? Maybe because it’s wrong? Are these children dangerous? I’ve never met one, or heard of one, for that matter, but I guess there’s a reason it’s forbidden. The whole pregnant man thing is so strange, no wonder it’s against the laws. Who knows what’ll come out of such breedings.”

Alex frowned. A new life was precious, not wrong. He couldn’t imagine a child being dangerous, even if it was mixed. Children born from interracial relationships were allowed, as long as one of the parents was female and the other male. Why this didn’t apply to children born from a same-sex relationship was beyond Alex. Even if it was unusual for a man to be pregnant, he shouldn’t be put in jail for something like that.
This was the first case in a long time, according to the reporter, but he’d not given a reason why the laws were upheld. “It’s still wrong to judge someone for getting pregnant.”

“I don’t know. Like I said, there must be a reason why it’s forbidden.” Sam picked up his book again, ending the conversation. Alex took a moment to study his friend’s features as he buried himself in yet another sci-fi book. He was quite handsome with his blond, unruly hair and his strong jaw. The gaze of the piercing blue eyes that never seemed to miss anything flew over the page, pulling Sam into yet another outlandish adventure.

Maybe Sam was right. There had to be a reason it was against the law. Alex was kind of sorry for the man who now faced five years in prison, but then, the man knew what he risked with getting pregnant in the first place.

Alex settled back and focused on the TV again. Sam was not in the mood to discuss the matter anymore, his mind clearly on the story he was reading. As if they’d need sci-fi to experience something unusual. Ever since paranormals had come out of hiding back in the 1980s, going to certain clubs could be more adventurous than anything an author could come up with.

Maybe he should go out today? Blowing off some steam wouldn’t hurt. He’d not gotten laid in quite a while, and a night in one of the mixed clubs sounded too good to resist. It was better than staring at a rerun of a movie.

Alex switched off the TV and stood. “I’m going out, do you want to come with me?”

“What do you have in mind?” Sam looked up from his book. “Dancing? I thought of going to the Downtown.”

“You sure? It’s been months since you’ve been out.” Alex wasn’t surprised, Sam wasn’t one to go out much, and he despised big crowds. The Downtown is a huge mixed club, catering to all kinds of paranormals and humans. Not that paranormals were forbidden anywhere, but they, as well as humans, preferred to stick with their own kind. One of the exceptions was a club like the one Alex was going to visit. A night of dancing, and maybe getting laid, sounded better with every second.

Q & A with author Chris McHart

Today I’m very lucky to be interviewing Chris McHart author of Alex’s Surprise and Saving Alex.
Hi Chris, thank you for agreeing to this interview. Tell us a little about yourself, your background, and your current book.

Wicked Faerie's   - Is there a certain type of scene that’s harder for you to write than any others? Love? Action? Romance? Tragedy?
Chris McHart - Tragedy and action. I can’t write a car chase, and I have a real hard time writing tragedy. I want my characters to be happy.

WF -  What do you think makes a good story?
CMcH - If I can feel with the characters.

WF -     Do you hear from readers much? What do they say?
CMcH - I’ve had people email me, telling me they loved my stories. And I had some ask about the next book in this series. Fortunately, I don’t get much hate mail.

WF - How many books have you written? Which is your favorite?
CMcH - I’ve written six, and four of them are released (the other two will release in September and November). I can’t pick a favorite, though. All of them are very different, and I love each of them.

WF-  What do you like to do when you’re not writing?
CMcH - What is this ‘not writing’ thing you’re talking about?

Thank you for having me here today!

Chris McHart is from Germany and, while an accountant, writing is Chris’s real passion.

Chris likes to spend time with family and has way too many animals that demand constant attention. Chris also enjoys landscaping and cooking.

Whenever Chris has a free minute, it’s spent writing on a laptop, a cup of coffee in hand, deeply lost in the worlds Chris’s muses have created.

When coming up for some air, you’ll find Chris on a lot of social networks. Check out Chris’s website to see where you can find out more. Chris looks forward to hearing from you! 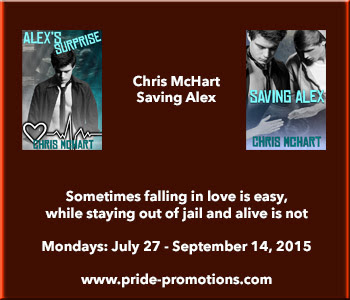 7-Sep
Because Two Men Are Better Than One, Wicked Faerie's Tales and Reviews, The Novel Approach