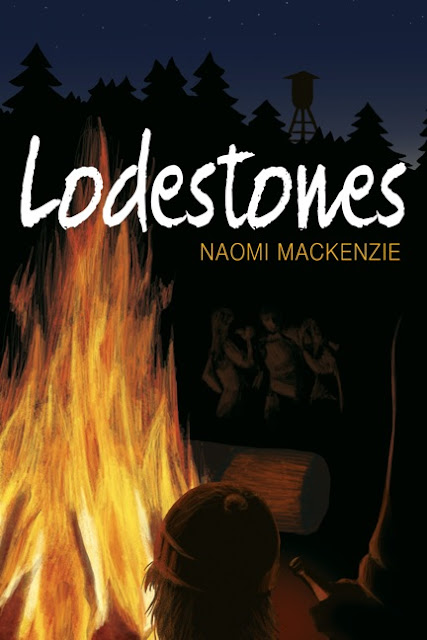 On the eve of a new school year, several groups of college students cross paths as they seek out a secret end-of-summer lake party—including Robin and Charlie, two inseparable friends who discover of the course of the twenty-four hours that their relationship is something much deeper than simple friendship.

Larry holds up the flyer to study the map Florence drew. Barry is leaning to look at it, too, when it's ripped from between Larry's fingers.
A greasy man in a campus security uniform stands over them with a pinched expression. His faded nametag reads: Ron Anderchuk. "Another one," he all but growls. "Where in heck did you get this, boys?"
Barry tries his best to look innocent. Which isn't all that hard, since he knows nothing.
"Found it on the ground," Larry lies.
"Uh-huh, uh-huh," the security guy says. "Extra trouble for littering." He glares hard at the paper for nearly a minute before looking back at them. "You do know parties like this are illegal, don't ya, boys? And frowned upon by this here establishment." He raps his knuckles on the table. "I think it best you stick around here this weekend. That would be best, don't ya agree?" He widens his beady eyes while he waits for their assent.
Barry looks to Larry. Seeing him nodding, he mimics the gesture.
The security officer's answering grunt sounds disbelieving. He mutters as he walks away; the flyer with their map is gripped in his fist.
"What are we—"
Larry holds up his hand, stopping Barry's question in its tracks. "Not to worry; I have a photographic memory. I've got the map in here." He taps a fingertip against his temple.
"Even after all of that? And we do have another problem, if Florence is to be believed."
Larry hums and strokes his chin. He picks up Barry's tray and they walk  to the windows. The orientation officers are indeed spread across the entire expanse outside, handing out pamphlets and organizing games of lawn bowling and oversized croquet. The entrance to the student parking lot is completely blocked.
Barry should throw in the towel, admit defeat and convince Larry to do the same. And he would, if not for one thing. The one detail that has roped him into the excitement over the lake festivities fully and completely is Kate Zimmermann, captain of the Dicaroon Seadogs field hockey team. Barry was looking through the school's website while Larry was plotting behind him and he caught sight of her picture. He informed Barry that she was one of the girls who was carrying the van's bench seat into her dorm room and invited him to the party early that morning.
Barry is in love with Kate Zimmermann. He has been since seeing her on the Dicaroon University website the previous summer. Well, he's in love with the image of her and her red hair and blue eyes and adorable freckles that are so voluminous that they connect on her face. He has dreamed of red-haired kids calling him Daddy and hitting balls with sticks. Possibly. And she's throwing the party, so even if Barry will never get up the nerve to speak to her should he live for a thousand years, he has to go. For his future dream-wife.
"Well, then," Larry says. He sets Barry's lunch tray down on the bussing station and rubs his hands together. "I guess we are in need of a foolproof plan."
"A stratagem," Barry says. He feels immediately foolish for being such a huge dork.
But then Larry grins at him. "Ooh, yes, I like that. A stratagem."


Q & A with author Naomi MacKenzie

Today I’m very lucky to be interviewing Naomi MacKenzie author of Lodestones.
Hi Naomi, thank you for agreeing to this interview. Tell us a little about yourself, your background, and your current book.

Hello! Thanks for having me.

I'm a Canadian from the east coast, currently living in the Toronto area and pining for the sea. I've been writing for myself since I was very young, mostly poems and short stories. I have several novels on the go at all times, but Lodestones is my first completed novel. It involves a large cast of high school and college-aged characters seeking out and attending a lake party on the last weekend of summer.

Wicked Faerie's - Why do you write?

Naomi MacKenzie - Honestly, I think I would go crazy if I didn't! I have so many ideas and characters constantly talking in my head that writing them down feels like necessity sometimes. In the end, I do it because I love it. When I haven't written in a while I miss it a ridiculous amount.

WF -  Which of your books was the most difficult to write?

NM - Lodestones is my first published book, and although it sometimes caused me small amounts of grief, it wasn't terribly bad. I have another novel in progress that will definitely take the prize. I've been picking at it for five years, but I'm always distracted away by other things. Maybe one day I will actually finish it!

WF -   Give us an insight into your main character. What does he/she do that is so special?

NM - There are two main characters in the book: Robin and Charlie. They have a close, affectionate relationship, which I think is very sweet. During the course of the story, Robin comes to terms with his feelings for Charlie and the true nature of their relationship. Charlie is a lot more open and brave when it comes to relationships, but diving in headfirst is difficult for Robin. He likes everything in his life to be ordered and tidy. Messiness, concrete or emotional, is akin to chaos for him.

WF -   How much research do you do for your books?

NM - Lodestones didn't require a ton of research, as a lot of it came from my own personal experiences (exaggerated of course). I have spent many hours reading and taking notes on an array of subjects and places for other projects. Most recently I have been going through article after article about sleep disorders. It has led to many a nap, let me tell you.

WF - Who designs your covers?

NM - We have an amazingly talented art department at Interlude Press, headed by RJ Shepherd. The gorgeous cover art for Lodestones was illustrated by Abby Hellstrom.

Naomi MacKenzie is a writer and photographer from the eastern coast of Canada. She considers herself a Maritimer first and a Canadian second, or so she told the standardized testing people in essay form during the eleventh grade. She enjoys vegan baking, walks in the woods and, contrarily, hiding from the sun. Lodestones is her first novel. 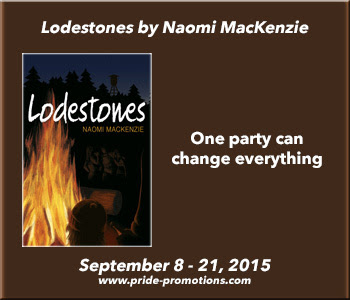 9-Sep Hearts on Fire, Boys on the Brink Reviews

17-Sep Wake Up Your Wild Side, Scattered Thoughts & Rogue Words