Beauty and the Beast by Sean Michael - Book Blast with Giveaway 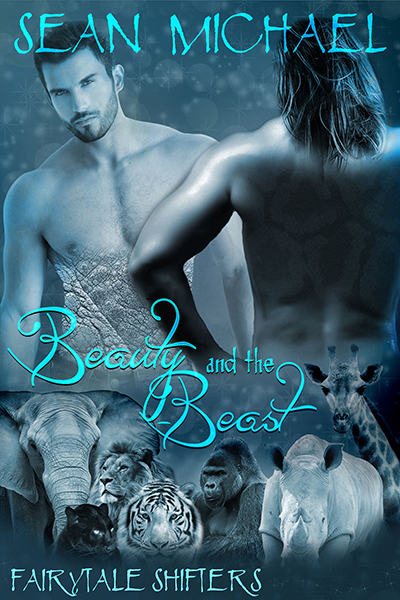 As a rhino shifter, Tromp knows that he’s not the sexiest beast in the world. In fact he’s clumsy and he can’t see very well, and that’s whether he’s in his human or animal form. Still, he enjoys going to the bar and watching the other shifters hooking up, especially the dancers. Then he sees a slinky kitty dancing on the little stage and he’s immediately smitten. He knows a sexy beauty like that would never go for him, but he’s happy just to watch and fantasize about what could be.

For his part, panther shifter Pepper might be gorgeous on the outside, but he knows most people see him as nothing more than a piece of meat and he’s had a hard past. There’s something in the way the big rhino shifter looks at him while he dances, though, that makes him feel special. So when his stint on the stage is over, he heads right to the rhino’s table.

Can Tromp and Pepper ignore the world’s expectations and find what they need in each other?

Excerpt:
Tromp got his beer at the bar and made his way over to the table in the corner where he usually sat. It was an out of the way booth and afforded him a good view of the rest of the place. His thick bottle-cap glasses improved his poor vision enough that from here he could watch the pretty people hooking up—the slinky twinks finding each other or handsome older men to dance and laugh with. He was a bit too lumbering for dancing. Too clumsy and grumpy for easy pickups, too. In short, he didn’t really belong. Hence the out of the way table.

The music was loud and thumping, vibrating up from the floor, and his beer was cold. It was all he really needed after a long week of walking around the three warehouses he worked security on. He’d stay and watch for a while, then head home to the peace and quiet of his little cottage just outside the city.

Someone came out onto the tiny stage, one of the performers who danced in stretch jeans and open-front shirts. This guy had waist-length black hair, golden skin, and sharp features.

Tromp watched, utterly fascinated. He usually didn’t do more than admire the beauties who were out of his league, but there was something about this guy, something slinky and sexual that made him want in the best way. Or worst way, given that he never had a chance with the beautiful ones. Still, he could look his fill, couldn’t he? After all, that’s what the dancers were all about—looking but not touching.

Often referred to as "Space Cowboy" and "Gangsta of Love" while still striving for the moniker of "Maurice," Sean Michael spends his days surfing, smutting, organizing his immense gourd collection and fantasizing about one day retiring on a small secluded island peopled entirely by horseshoe crabs. While collecting vast amounts of vintage gay pulp novels and mood rings, Sean whiles away the hours between dropping the f-bomb and pursuing the kama sutra by channeling the long lost spirit of John Wayne and singing along with the soundtrack to "Chicago."
A long-time writer of complicated haiku, currently Sean is attempting to learn the advanced arts of plate spinning and soap carving sex toys.
Barring any of that? He'll stick with writing his stories, thanks, and rubbing pretty bodies together to see if they spark. 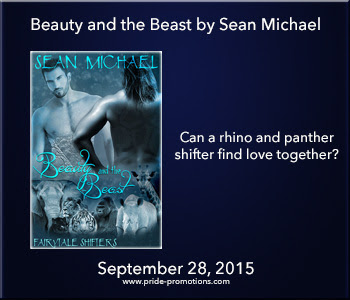 Rafflecopter Prize: PDF copy of ‘Beauty and the Beast’ by Sean Michael