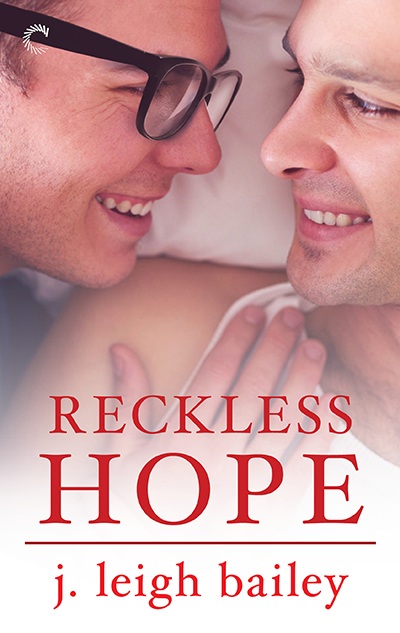 What's life without a little risk?

Or a lot of risk, if you're Sebastian Carlisle. He'll never live up to the legacy of his dead brother, so why try? Being the wild child in a family of stuck-up rich snobs suits him just fine.

Until he meets Micah Burke, and everything changes.

Micah's got too much going on for a relationship. Even if he could trust Sebastian, a distraction—a sexy, reckless distraction with a death wish—would only derail his carefully scheduled life. If it were just Micah, maybe that would be fine, but his mother and sister depend on him, and he can't let them down. Or at least that's what he tells himself.

“I thought I knew what kind of person you were.”

“Yeah, you made that pretty clear.”

Micah cringed, but kept going. “You take for granted everything I work my ass off to achieve. It’s easy for you. And now I know there’s more to you than that. I don’t understand your choices, or the need for an adrenaline rush you seem to have.” He held up a hand to keep Sebastian from saying anything. He scooted up, resting his back against the handlebars.

“I don’t have to understand. It’s part of who you are.”

“Somehow I don’t think this discussion is heading in a direction I’m going to like.” Sebastian drew his knees to his chest and wrapped his arms around them.

“The thing is, you’re a bad influence on me.”

“You don’t even have to do anything. Take tonight, for instance.”

“I have a midterm tomorrow. I should be studying. Or even sleeping. Instead I’m here. I never have trouble doing what I’m supposed to do. Setting aside my ‘want tos’ to do my ‘have tos.’ Except around you.”

“I’m not trying to make your life harder. I’m just trying to be part of it.”

“That’s what I don’t get. You could have almost anyone. You could find someone a hell of a lot less complicated than me.”

“You may not believe it, but I don’t mind complications.”

Q & A with author J.Leigh Bailey

Hi, j. leigh, thank you for agreeing to this interview. Tell us a little about yourself, your background, and your current book.

Thank you so much for having me! I’m an office drone by day in the Chicagoland area, and by night I’m the author of New Adult and Young Adult LGBTQ romance. RECKLESS HOPE is the second book in my Letting Go series, and is an opposites attract story centered around two characters who have to overcome the stresses and disappointments of their past to build a happy relationship together. And, while doing this, they have to figure out who they are and, ultimately, what they want for their future.

J.Leigh Bailey - The typing. That sounds like a bad joke, but when I look at it, there’s not a lot easy about writing. Every aspect of it requires effort and work, and is, in all likelihood, a struggle. I have to drag the words out when I try and translate the images in my head into words on the screen. Figuring out the plot and getting from one major plot point the next can be a trial. Figuring out who your character is, and trying to make him work in the plot you’ve already set up, gets to be tough, too. It’s like playing a sport. If you ask a football player what the easiest part of football is, I’d imagine they’d have to wrack their brain. No matter how gifted a player is, or how much experience, every day of practice, every game, is a workout. We don’t write because it’s easy. We write because we have something we want to say or a story we want to share. In the end, writing can be a pain in the ass, but it’s absolutely worth every headache and frustration. There’s satisfaction in finishing a project you’ve been working on for months. Finally figuring out the solution to the plot tangle you’ve created is exhilarating. Just like on the football field. You don’t mind the practice and the bruises when a play comes together or your team scores a touchdown.

WF- Name one author (living or dead) you’d like to write with?

JLB - Assuming I could get over the sheer intimidation factor, I’d love to write with Elizabeth Lowell. There are two things she does well that I’d like to learn how to do. First, she makes the setting an integral part of the story. You can’t plop the characters out of the location they’re in and into a different location without completely changing the story. Whether is modern day northern Mexico or the wild west after the Civil War, the geography practically becomes a character. The second skill she has that I envy is her gift with rapid-paced, edgy dialogue. I can tell a Lowell book without being told simply by the way the characters speak to each other. I can’t even put into words what she does with dialogue to adequately describe it, but it’s a talent I really wish I had.

WF -  Tell us about your cover and how it came about.

JLB - I LOVE the cover for Reckless Hope. It captures the feel of the book and the characters in a way that shouldn’t be possible given it’s a cropped image of two faces. But there’s a hope and joy that the characters worked so hard to achieve. And all the credit goes to the art department at Carina Press. This is my favorite of the covers, but I love the way the covers create a branded style, and capture the feeling of the series as a whole and the books individually. 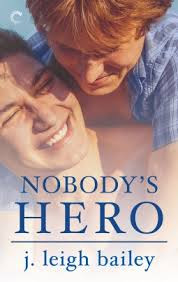 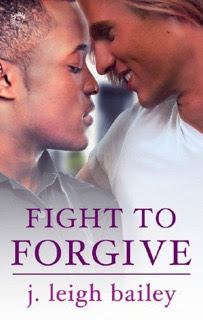 WF - Is this book part of a series? Do you have ideas that could make it into a series? If it is a series, tell us a little about it.

JLB - Reckless Hope is the second in the Letting Go series. The first book, which came out in April, is Nobody’s Hero, and the third book, which comes out next March, is Fight to Forgive. There are no overlapping characters or locations for these books, but they share a theme—letting go of the past to secure a better/happier future. In Nobody’s Hero, Brad has a traumatic past—his ex-boyfriend was severely bashed by Brad’s brother, and Brad was then sent to a military school in the hopes it would “straighten” him out. At the start of the book, he’s graduated and runs as far as he can from his homophobic family for college. But his past has a stranglehold on his present and until he learns to let go of the guilt he’s harboring, he can’t move forward. Which he eventually does with the help of Danny Ortega and Danny’s amazing family who shows him what love and family means.

In Fight to Forgive, Aaron and Freddie were best friends growing up, but that turned to love in their teens. When a misunderstanding breaks them up, they become each others’ first heart break. Fight to Forgive brings them together after years of no contact and they have to let go of the past and forgive each other in order to build a better future.

WF -   Word association. Tell us the first thing that comes to mind when you read these words.

Ketchup --> Mustard (and the fact that McDonald’s brand is red and yellow, the colors of ketchup and mustard
Flakes -->I got a list of words for this one almost simultaneously… Snow, Frosted, Dandruff.  Not sure what that says about me.
Elastic --> Waistband
Timer -->Baking
Google --> my family’s silly name for it: “the Google Machine.” It was one of those things someone said and it stuck.

j. leigh bailey is an office drone by day and the author of New Adult and Young Adult LGBT Romance by night. She can usually be found with her nose in a book or pressed up against her computer monitor. A book-a-day reading habit sometimes gets in the way of... well, everything...but some habits aren't worth breaking. She's been reading romance novels since she was ten years old. The last twenty years or so have not changed her voracious appetite for stories of romance, relationships and achieving that vitally important Happy Ever After. She's a firm believer that everyone, no matter their gender, age, sexual orientation or paranormal affiliation deserves a happy ending.

She wrote her first story at seven, which was, unbeknownst to her at the time, a charming piece of fan-fiction in which Superman battled (and defeated, of course) the nefarious X Luther. She was quite put out to be told, years later, that the character's name was actually Lex. Her second masterpiece should have been a best-seller, but the action-packed tale of rescuing her little brother from an alligator attack in the marshes of Florida collected dust for years under the bed instead of gaining critical acclaim. 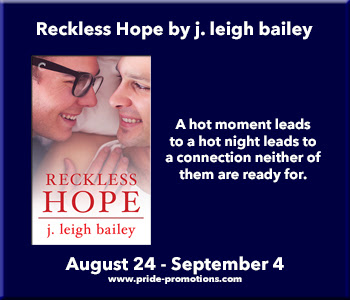