She is the one woman who is always off limits… College rocker and infamous playboy, John Kingston, has screwed his way through most of the women on campus. But there’s one woman he will never touch: his best friend and band mate, Nicki. For four years, he’s been her protector and her confidant. When arrogant frat guy, Axel, attempts to make a claim on her, John suffers a painful wakeup call, quickly realizing that his feelings for Nicki are not purely platonic. Recognizing that Axel’s intentions are anything but innocent, John’s possessiveness spirals out of control, sparking a dangerous feud. Nicola Lewis can’t bear to be touched. Haunted by an awful past that she has been unable to escape, she has kept her distance from the opposite sex. And she’s been just fine living her life that way: safe and uncomplicated with no chance of getting hurt again. Until an unexpected kiss changes everything… But John and Nicki must decide whether the burgeoning desire between them is worth the risk. Is this a case of love conquers all, or a huge mistake that could destroy everything?

I storm into the campus pub and scan through the crowds searching for her frantically. After scaring off that shithead, Greg, yesterday and taking Nicki back to my place she’d fallen asleep on the couch. When I woke up the next morning, she was gone. I figured she went back to her apartment to get away from me. We’re still in that stupid fight after all. But when I’d knocked on her door a couple of hours ago, she didn’t answer. And I freaked out. Greg’s still out there. It had taken me ages and dozens of text messages to everyone I know on campus to finally locate her.
My entire body tenses and anger flares up within me as I spot her. Fucking hell. She’s dressed to kill. Damn. The black skirt she’s wearing barely covers her ass and her white top is no better. It’s so low cut that I can see the tops of her red lacy bra. Mmm…lace. At least she’s wearing her leather jacket so that’s something, I guess. Don’t get me wrong, she looks so fucking hot, but looking like that in front of other men is not flying with me. That’s for my eyes only. Christ, Nicki! She’s sitting up at the bar with two preppy assholes all over her. They’re flirting. One of them has their hand on her right thigh. The other is playing with her hair. I can tell right away by her wild gestures that she’s been drinking. Hell, no.
I storm over there.
“Let’s go,” I command, ignoring the guys and eyeing her right in front of me.
“Hey, man. We’re in the middle of something here,” one of the guys, with way too much gel in his hair tells me.
“Yeah, I can see what you’re in the middle of. Now, back the fuck off.”
“No, John!” Nicki cries. “We’re having fun. Go away.”
“Get your ass off that stool now,” I growl at her.
“No,” she says, pouting at me like a little kid who’s just about to get her candy taken away for bad behavior.
“Nicki, last chance,” I warn.
The guys move to say something, but I cut them off by snarling, “She’s mine.”
They obviously see the wild look in my eyes, because they hold up their hands and back away. Yeah, they know what’s good for them.
“I’m not…yours,” Nicki tells me, slurring her words. “You’re every girl’s. Not just mine.”
“Yes I fucking am. If you’d just listen to me instead of being so stubborn, you’d get that!”
She shakes her head and turns back to grab her beer on the bar top.
That’s it! I lunge at her and grab her waist. She squeals as I throw her over my shoulder and carry her out of the bar in a fireman lift. I ignore her slurred protests to put her down.
By the time I have her buckled into my truck and start the engine, she’s calmed down a bit. I pull out of the parking lot and head back to the apartment.
“That was fucking stupid, Nicki. Greg’s still out there. What if he found you in this state instead of me?”
“He’s going to anyway, John. Better that I’m drunk than sober for it. Maybe I won’t remember it this time.”
“What?”
Her voice is barely above a whisper as she says, “When he rapes me.”
Her words rip right through me and before I can stop myself, I’m making a dangerous sharp turn and pulling the truck off the road. I bring it to a rough stop and cut the engine. Nicki gasps in surprise. I unbuckle my seatbelt and rush out of the truck around to the passenger side. I haul open the door and command, “Get out.”
She’s too shocked to argue and I watch her struggle with her seatbelt in her drunken state before she finally manages it. She stumbles as she gets out.
As soon as she’s out, I push her against the side of the truck, my hands holding her arms hostage beside her.
“Listen to me. I stopped him last time around, okay? What makes you think I’d let him do anything to you this time around? He’s not fucking touching you! You got me? No man is gonna lay his hands on you, but me!”
She shakes her head back and forth. Tears spill down her cheeks. “I’m scared.”
“You’re stronger now. No one can hurt you now.”
“I…I don’t know.”
I shake her. “You do know! You do!”
It takes a while, but she finally nods slowly and bites her lip. “Okay.”
“Tell me what you need to put you at ease.”
“I…will you…train me?”
“Train you? You already know how to fight.”
“The guys always hold back with me. I don’t want you to. Will you…do that?”
Shit. Looking at her right now is like we’ve been transported back four years. She’s that scared little girl again. Seeing Greg has reduced her to that. “Yeah, I’ll do it.” Whatever she needs to push away the fear that the asshole sparks within her. That’s not the Nicki I know. She’s stronger than that.
“Why did you come for me tonight? We’re not talking.”
I release her arms and cup her face in my hands. “Why? You really have to ask me that?” 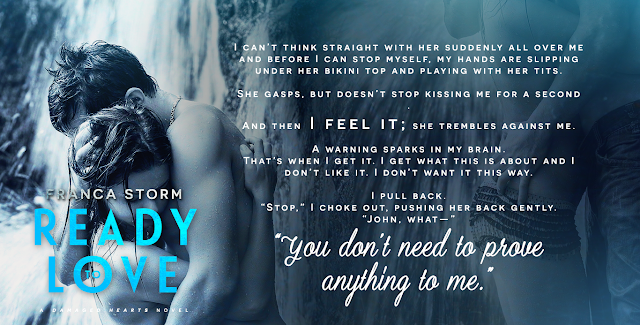 Franca was born in Surrey, England and currently lives in Niagara Falls, Canada with her husband and their labrador, Rocky. She is a long-time lover of erotica and romance novels, especially those with sexy-as-sin alpha males. She decided to try her hand at writing her own and writing romance is now her obsession and the perfect way to put her dirty mind to good use! Her writing spans many different sub-genres of romance: contemporary, biker romance, paranormal romance, new adult, romantic erotica and romance suspense. She’s got a ton of stories to tell and many more works up her sleeve. 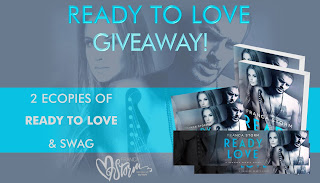