From The Wreckage by Melissa Collins - Cover Reveal

COVER REVEAL - FROM THE WRECKAGE BY MELISSA COLLINS
We are so excited to share with you the cover reveal for Melissa Collins' From the Wreckage! From the Wreckage is a contemporary M/F romance featuring a firefighter hero. It is to be released on October 21, 2015. 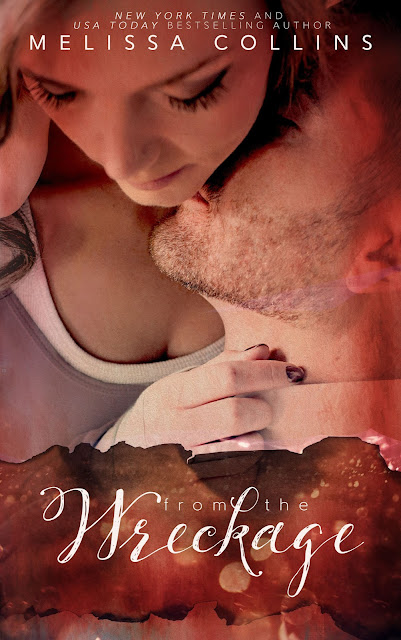 First, he saved me.

I lived because he was a hero.

And then he was gone.

Uprooted by the fire that destroyed our home, my family moved away and I never saw David Andrews again.

Then, he found me.

Eighteen years later, he rescued me again – in much simpler terms, of course. By loving me, by giving me the fairy tale I’d always hoped for, he provided me with the perfect life.

Now, he needs to be saved.

It’s my turn to be strong, to be brave, to be valiant.

When flames threaten to turn us to ashes, it’s up to me to pull us From the Wreckage.

If you're interested you can read Before the Wreckage, a short prequel, as part of ONE - A Collection of Short Stories, for only 99 cents! AMAZON