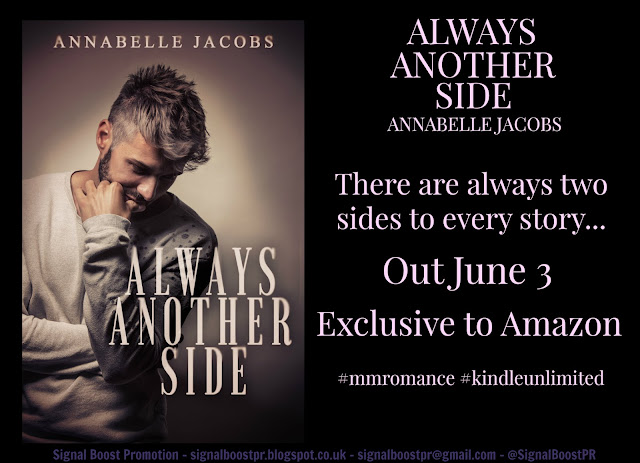 Annabelle Jacobs - Always Another Side Blitz 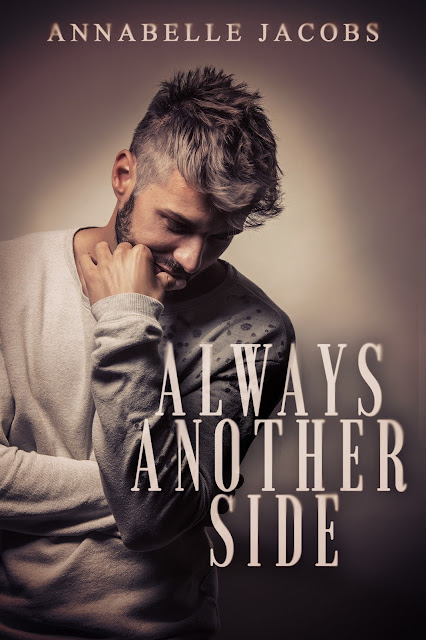 Starting over at forty is hard work for landscape architect Jack Bowman. His long-term partner hurt him badly. With his self-esteem dented by the break up, trusting a new lover is going to take time.

Tyler Freeman is equally unlucky when it comes to love. Now that he’s over thirty-five, he’s tired of getting played. All he wants is someone special. How hard can it be to meet a man who’s honest, with no hidden surprises?

Being set up on a blind date might be a classic cliché, but it’s a stroke of good luck for Jack and Tyler. They have a lot in common, including previous relationships steeped in deceit, but it’s worth navigating their trust issues if it means laying those ghosts to rest.


Everyone said their goodbyes, and Jack tried not to notice the blatant, knowing looks being passed around. He had no doubt he’d be getting some nosy texts later. On the plus side, at least he wouldn’t be the only one.

Now it was only the two of them, they wandered into the bar area and snagged a small table by the fireplace. It wasn’t lit—the late-April weather had been far too mild to warrant an open fire. The Saturday-night crowd from earlier had clearly moved on to somewhere else, and the room had quietened considerably.

“Thanks for offering me a lift.” Tyler smiled and took a sip of his drink. “I wasn’t ready to leave yet.”

“Me neither.” Jack had bought another Coke, and he ran his finger down through the condensation on the outside of the glass. “I have to admit I was a bit—a lot sceptical about whether or not this was a good idea.”

Tyler glanced up and met his gaze. “Meeting me?”

Jack’s smile was wry. “I was talking about the whole blind date thing, but yeah… I guess it was meeting you in general.” He cringed as he said it, perhaps not the best thing to say to someone whom you were hoping to go out with again. And despite Jack’s misgivings and preconceptions, he liked Tyler.

Tyler cocked his head to one side and frowned, as though he wasn’t sure how to feel about that.

Jack had probably offended him, because no one liked to hear that sort of thing. But then, he’d offered to drive Tyler home so they could spend more time together—alone—so Tyler must realise Jack wanted to get to know him better. Or maybe not. If Jack had learned one thing from his breakup with Simon, it was that communication was key. Never assume someone knew what you meant or what you were thinking.

“I know that sounds bad, and it’s nothing personal. Christ, I’m pulling out all the clichés tonight, but it really was a case of it being me and not you.” Jack laughed and scrubbed a hand over his face. “Shit. Just when it was going so well. I’ve managed to fuck it up, haven’t I?”

Annabelle Jacobs lives in the South West of England with three rowdy children, and two cats.

An avid reader of fantasy herself for many years, Annabelle now spends her days writing her own stories. They're usually either fantasy or paranormal fiction, because she loves building worlds filled with magical creatures, and creating stories full of action and adventure. Her characters may have a tough time of it—fighting enemies and adversity—but they always find love in the end.