Plumbers and Other Lovers by Spencer Dryden - Book Blitz with Giveaway 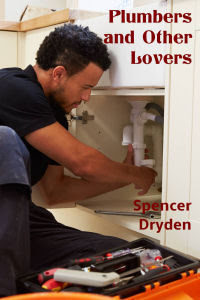 Plumbers and Other Lovers is a collection of four short stories about skilled tradesmen who stumble into romantic encounters in the course of their everyday, blue-collar lives.

There is a tale for each season, beginning in summer with "Summer Heat"; on to fall for "Love Above See Level"; into the cold of winter with "Then, One Frozen Christmas Eve"; and finally, spring's "The Accidental Gigolo". It's four seasons of love and lust among leaky pipes. You won't find alpha males, billionaire bad boys, or self-destructive egomaniacs among Spencer Dryden's leading men--just ordinary guys who are drawn into the orbit of some enticing women.

When the lights are out, the heat is off, or the pipes are leaking, these are the kind of guys a woman wants to see at her door: real men with tools and talent--and some smoldering sexuality. There's humor, tenderness, and plenty of heat in these stories told from the tradesman's point of view. Dryden's breezy style makes for easy reading, something to pass the time while waiting for the plumber.

CONTENT ADVISORY: Three of the stories are re-issue re-release titles.

"We require a deposit of three hundred dollars on all air conditioning repairs," I said, trying to assert my authority, but my resolve to enforce company policy was eroding fast.

Where did this fantasy start? With her pale blue eyes raking over my body? With her sumptuous lips begging to be kissed? Or the rock hard nipples of her perky breasts pushing out on her sweat stained T-shirt? Actually, I do know, and she knew, too. Honestly, I'm trying to raise my sights, but when my cock goes up, my field of vision goes down. Tracy had me had "hello".

She eyed my name tag, then smirked. "Roach. Are you the kind I step on or the kind I hold with a tweezers?"

I've heard the tease so many times it bounced off without producing the rise she was probably hoping for. "It's Dave, Dave Roach."

"Don't you usually use the first name?"

"My bosses are a bunch of old pot-heads. They think it's funny."

Another technician, Donny Tierney, turned the job down, so dispatch sent it to me. From the moment I saw her through the eye of my surging cock, I was fondling and licking those nipples, making them stand like little chocolate confections atop the small, firm mounds beneath, then hoisting her gymnast's body on to my oaken shaft, ramming her furiously while she moaned and panted for more.
My mind is easily diverted by flights of fantasy. Tracy was pushing all the launch buttons, but there was a job to do and I had to find a way to do it in the midst of a heat wave.

The heating and air-conditioning business thrives on cold snaps and heat waves. We have them both in Minneapolis. We encourage people to plan, but truthfully, it's a business built on failure--the inconvenient failure of heating and cooling systems.

The Grand Opening Tonite banner over the windows of the old two-story, storefront building told me this was one desperate woman who had called. The nicely restored bar/grill was stifling from the heat and stale from the lack of circulation. My mental cash register was ringing even as I was wondering if she was a natural blonde.

I am sympathetic to tales of woe, but the company has been stiffed so many times, it's turned my bosses into hard asses. As I stood in front of her, reciting the prepayment spiel, watching hope drain from her slumping body, something touched my heart. Actually, it wasn't my heart, it was my cock--beating back rationality, as I fantasized about what I would do with her. While she was telling her tale, I had my face buried deep in her pussy, lapping her juices like a man dying of thirst.

She handed me a cold beer, the will-bending elixir of male life. Drinking on the job, another taboo, she had me on the ropes.

"I've put every last cent I have into this place," she said with fierce pride.

"Don't you have a credit card?"

"Everything is maxed out."

"This is a bar, you've gotta have cash in the till."

"I can't tap that or I won't have enough to make it through the night."

Noticing I was transfixed by her breasts, she draped a long bar towel over her shoulders, obscuring my view. "Can't we work something out? I'll be good for it. I've just got to get the AC going or it's going to ruin my grand opening tonight."

I looked her in the eyes, silently trying to assert my authority. Then she went totally female; the tears started to pool in those mysterious blue orbs and her lower lip began to tremble. Even her breasts were pouting with the small heaving in her chest. I was a dead man.

"Well, let's go take a look, maybe I can get the compressor running and buy you some time."
She squealed with joy, ran around the bar, and planted a big, wet kiss on my stunned lips. Her mouth was juicy, her lips soft, but her kiss was urgent, promising much more. She broke off with a soft moan before I could open my mouth.

"Let's go see that hateful thing," I said, gulping the last of my beer.

She grabbed my arm and cradled it between her breasts--a sensation that went right to my groin.
"Wow, you're like made out of steel," she said, sweeping her breasts across the arm she held.
I knew what she was doing, but it was working.

She started toward the back door, my arm tightly clasped against her. It was like leading a lamb to the slaughter.

We did a U-turn and brought my diagnostic pack from the van around to the back of the building. I shook my head when I saw the unit. Everything about it said old and in need of replacement. Without shade, I was sweating in no time, as I struggled with the corroded cover bolts. She stood right by my side, using her towel to wipe the sweat off me like a corner man in a boxing match. Each time she lifted the towel, I got a peek at those firm wet mounds beneath her shirt. My groin ached from the unrelenting erection. 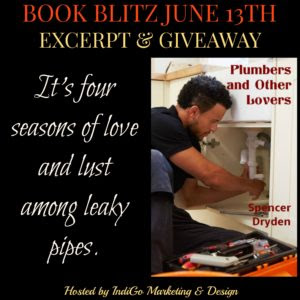 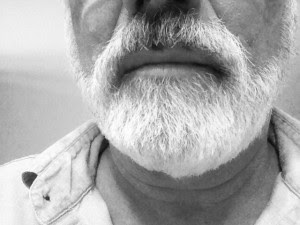 Spencer Dryden is a new writer, but an old guy on the threshold of draining any reserves left in Medicare and Social Security. In real life he is a handyman, an at-home dad, inventor and web videographer living a quiet life in the frozen tundra of Minnesota (USA). Like all writers he has a cat but they don’t get along well. He can be found at the usual writer hangouts: Facebook | Twitter | Goodreads

Rafflecopter Prize: One winner will be selected to win a $25.00 Amazon Gift Certificate.