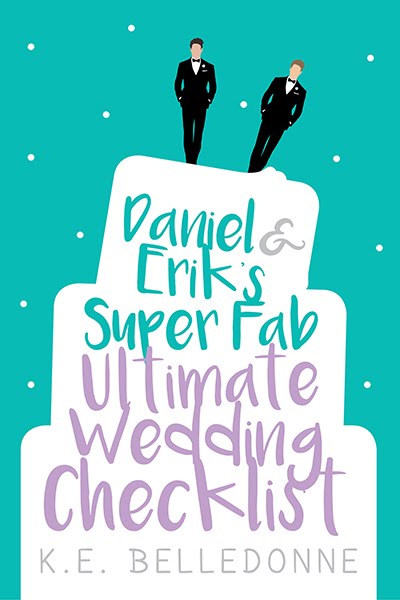 When Daniel gets caught up in the demands of a cheeky wedding planning app, his fiancé Erik grows frustrated with his preoccupation with adhering to heterosexual traditions. Will Daniel’s groomzilla ways give them the wedding of their dreams, or ultimately lead to their relationship’s demise?

“I think Aurora is disappointed in me.”
“What?” Erik rubbed at his eye. It wasn’t even early morning, judging by the weak light coming through the blinds from the streetlights. “Who?”
“Aurora. The wedding planning app.” Daniel lay on his back, wide awake and staring up at the ceiling.
“The wedding planning app is not a sentient being. It has no feelings or opinions.”
“I feel like she's judging me. I’m sorry if I woke you up.”
“Oh my god, go to sleep.”
“I can't. I'm never going to sleep ever again.” Daniel tugged the blanket higher up his chest, folding his arms over it and exhaling heavily.
“You're being dramatic.”
“I've got too many things buzzing in my head. There's too many things I'm going to forget to do.”
“I thought that's why you had that damn app, so you don't have to remember anything; it's all right there saved on your tablet.”
“Yes, but I have to remember to put everything in it.″ Daniel rolled over. ″She doesn't just know everything—”
“A: She is not a she. It is an it. B: What are we doing tomorrow?”
“Oh my god, what is the point of sharing the app calendar if you're never going to look at it?” Daniel wailed.
“I look at it. It's just crammed so full of everything that I have no idea what's going on when.”
Daniel blew out his breath. ”Look, I know you don’t like the calendar. We’ve been over that, but I don’t know how else to keep track of all of these appointments and deadlines.”
“I told you, we could color-code them, or something,” Erik rolled to his side and punched at his pillow.
“Aurora doesn’t give you that option.”
“Well, it should.”
“I agree, but there’s nothing I can do about that.” Daniel bunched his pillow up under his head. “Tomorrow, we have four appointments to meet with caterers: two in the morning, two in the afternoon.”
“Why so many in one day?”
“It's the only day we both have available this week, and I am not going to make any decisions about the food at our reception without you there to discuss it.”
“Seriously, you could just make a choice, and I'll live with it.” Erik rolled over.
“I don't want you to just 'live with it,' Erik.″ Daniel tried to keep his voice neutral, but failed. ″This is our wedding. I don't want you to just 'live with it.’”
“Why are you getting so worked up about it?”
“We only get one chance at this. Everything needs to be perfect.”
“You're going to drive us both crazy, you know that, right?” Erik tugged the blankets back up over his shoulder.
“Well, then, we'll both be crazy.” Daniel squinted up at the ceiling. He was so tired of making these decisions. Why were there so many options? Why were there so many decisions? The planning was getting on Erik's nerves; he was getting on Erik's nerves. Erik was getting on his nerves. They were both just a pile of irritated nerves because the to-do list didn’t seem to be getting any smaller.
Daniel’s phone chimed with another notification from Aurora.
New Private Message from: MommyMargie.
His mother probably had another ludicrous suggestion for the reception, or a passive-aggressive reminder of the hymn that she and his father had had played at their wedding, that their grandparents had had played at their wedding and that she expected to hear at his wedding. Or maybe his parents had decided to paint the living room green. Who knew?

1) How do you develop your plots and characters?

My plots always come to me in a flash – I get the idea for one single plot-twist, or a single moment in a scene, and then I weave the story around that.

As for characters, for me it all starts with their name. I start out with what different names would might signify, socio-economically or culturally or chronologically, and then it starts building out from there. I have a bunch of baby name books, and reference material about the most common names in any given country in any given time period. Once they have a name, they start to get a personality. The reader is going to infer a lot of information from the name without ever being told any other descriptors – even if the reader doesn’t think they’re drawing anything from them, they’ll know that “John Smith” (bland, possibly boring, blank slate) or “Aloysius Beauregard McKiernan O’Reilly” (flamboyant, yet charming) or “Horace Clarington Whittlesley”(old money, quite possibly a snob)

2) Who doesn’t love a good hero? Tell us about your protagonist. Was there a real life inspiration behind them?

My protagonist is Daniel Whitcomb, a young artist. At the start of the book, he thinks he’s got most of his life mostly figured out, or at least he thinks he’s got a very good idea how is life is going to go – and then he meets Erik and gets thrown for a loop. He soon realizes even though he’s always thought he knew exactly who he is, he hasn’t really accepted himself.
There wasn’t really a real life inspiration behind him – I drew on my own experiences, and the experiences of people I know. And some of him, I just entirely made up!

3) What real-life inspirations do you use when world building?

I love to travel, and I’ve done a lot of it. I often use places I’ve been as a starting off point for world building, and then veer off as the story requires.
The story takes place in Tallenburg, a fictional New England college town, which was very heavily influence by Toronto (where I was visiting when I wrote a large chunk of the book.) The area where Daniel’s store, Co-Op, is located is very much like Queen St West in Toronto. For the rest of Tallenburg, I pulled details from all the little different college towns I’ve visited in New England.
Erik’s university is in Stockholm – which I was visiting when I actually started writing the book.

4) Did you learn anything from this book and what was it?

This book, I learned the value of cut and paste. I knew I wanted it to have a particular framework, with parts of it being told in flashbacks, but that the flashbacks had to be in chronological order, interspersed with the present day timeline. I drove myself crazy trying to write it like that, because I’d forget what details had been revealed and what hadn’t. I just had to stop writing that way. I wrote it linearly, from the day they met until the end of the book, and then chopped it and spliced it back together in the framework it needed to be in.

5) It’s your last meal on earth. What do you choose?

The classy answer is truffle ravioli in an herb and shallot white wine sauce.
The less-classy answer is tacos. (Not a Mexican taco. These are called tacos.) When I lived in France, there was a strange specialty of my area – a large tortilla, filled with kebab, and french fries and a special cheese sauce. It looked awful, but oh wow, it was so very very tasty. 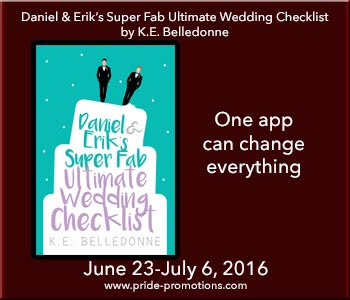