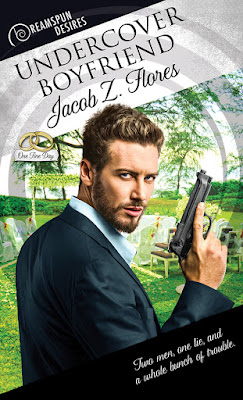 Two men, one lie, and a whole bunch of trouble.

Marty Valdez is in serious trouble. His sister’s wedding is around the corner, and everyone expects to meet Marty’s super-successful underwear model boyfriend—whom Marty invented. Now Marty has to produce a half-naked hottie or suffer the worst humiliation of his life.

“Who is this?” his mother asked. Her tone was as friendly as a snarling pit bull. She opened the door and placed her hands on her ample hips, awaiting her answer.

“This is Tim, Mom,” Marty answered. “You said you wanted to meet him.”

“No,” she said, waving her finger at him as she did whenever she corrected him. “I said I wanted to see a picture.”

He sighed. “Well, I thought this would be better.”

From the grimace on her face, he could tell she wasn’t quite sure. “Well, he is handsome,” she admitted. “But I doubt he’s better than a lawyer.”

“I know,” she said gesturing to Tim. “I have eyes. What I don’t understand is why you didn’t tell me he was coming when we spoke on the phone earlier?”

His mother’s only reply was a blank stare.

“Hola, Señora Valdez,” Tim said. He held out his palm in a show of respect, and she eyed it with a surprised smile. She was impressed yet remained guarded. “Muchísimo gusto.”

When he told her that he was thrilled to meet her, her stony façade faltered and a tiny smile crept across her red lips. She briefly placed her hand in Tim’s before she stepped back to let them in.

“You didn’t tell me he could speak Spanish,” his mother said after she closed the door.

Marty hadn’t expected that either. Based on Tim’s fair skin, blue eyes, and blond hair, he figured Tim was your average white boy who only spoke English. He’d clearly been wrong.

“I guess it just never came up,” he finally answered.

She eyed him before turning her gaze back to Tim. “¿Por qué tú hablas tan buen español?”

“Mom!” Marty exclaimed. Although he wasn’t entirely surprised, he was mortified that his mother was questioning why Tim spoke such good Spanish.

“For work?” she asked. “I wasn’t aware that bilingualism was a requirement to have pictures taken in your underwear.”

Marty buried his face in his hands. If he died right now, he’d be okay with that. His mother was doing her best to be difficult. He wouldn’t blame Tim if he bolted for the front door and ran away screaming. Hell, if he did, Marty might go with him.

Instead of stumbling or acting offended, Tim laughed. “It’s not. But we have photo shoots all over the world and clients in many other countries. I find it’s a good idea to be able to converse with customers in their native language. It helps them remember who you are.”

His mother clearly wasn’t expecting that answer. She’d been trying to make Tim stumble, but she was the one caught off guard. She’d always been a proponent of bilingual education, and she often spoke in Spanish to the fifth-graders she taught. It aggravated her that most Americans could only speak English, and it was best not to get her started on Latinos who couldn’t speak Spanish.

“Come,” she said as she started for the kitchen. “You must be hungry. I’ll make you something to eat.”

Marty stood in shock as his mother disappeared into the kitchen. She only cooked for family or people she liked. How the hell had Tim managed to slay the dragon after a two-minute conversation?

Tim leaned in and whispered in Marty’s ear. “I told you I had it covered.”

Marty glanced up and nodded into Tim’s smiling face. He’d already forgotten what Tim had said. All he’d been able to focus on was the intoxicating aroma of sweat and Old Spice that hovered around Tim and the feel of Tim’s warm breath fanning across his neck.

Tim grabbed his hand and pulled him forward. “Come on,” he said. “I smell homemade tortillas.”

I’m so excited about these books because this series has been so easy and fun to write. I’ve completely enjoyed the process from beginning to end and can honestly say that I have not experienced writer’s block with the books I have written so far. (I hope I didn’t just jinx myself with that!)

What I also love about this series is that each book is a complete standalone. New characters and situations can be found in each book, but the one common theme that brings them together is that each book centers on a marriage or a wedding, and for Undercover Boyfriend the characters will all be preparing for and attending a wedding of one of the secondary characters.

So why is this book titled Undercover Boyfriend then? Well, to answer that, take a look at the blurb.

Marty Valdez is in serious trouble. His sister’s wedding is around the corner, and everyone expects to meet Marty’s super-successful underwear model boyfriend—who Marty invented. Now Marty has to produce a half-naked hottie or suffer the worst humiliation of his life.

As you can see, the wedding acts as a source of conflict for Marty and a solution for Luke. When I first came up with the idea for this book, I knew that I wanted the two main characters to be completely different, not just in appearance but in their approaches to life.

After all, Marty runs from conflict while Luke charges right into the thick of things. I knew I had to find two different types of men to inspire my muse while writing these two characters. Thus, began the great Internet search for inspiration. I scoured every corner of the web and found my inspiration for Marty first—Carlos Valdes. 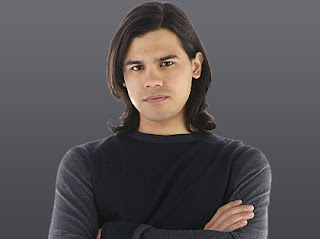 Those of you who watch The Flash will recognize Valdes, since he is one of the main characters on the show. To me, Valdes captured the spirit of Marty, the goofy comic book artist, who is painfully shy and often uncertain of his place in the world. Marty prefers to blend in with the background than stand out in a crowd. That stems from Marty’s difficulty to fit in with others. He’s always seen himself as the odd ball. He wasn’t popular in school and wasn’t an athlete. His primary source of comfort has always been his family, and he creates fictional people in his life to help him deal with situations he doesn’t know how to handle.

And for me, this image for Marty just fit.

So after finding the appropriate inspiration for Marty, it was time for Luke. I found him in Ryan Gosling. 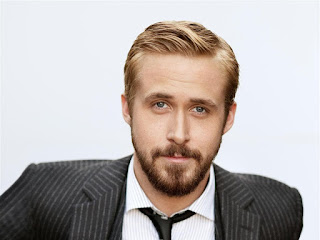 I know, right? He’s just yummy to look at, and he was the perfect inspiration for Luke. He has the bad guy look, but there’s also someone kind and vulnerable underneath the muscles and perfect bod. That fit Luke to a T. While Luke certainly has confidence in himself and his abilities, his bravado covers a painful childhood, and that’s why Luke knows how to fight so well. He’s been fighting his entire life.

That’s what makes Marty and Luke so perfect for each other despite their differences. They are truly two pieces of the same puzzle, and putting them together was awesome fun! 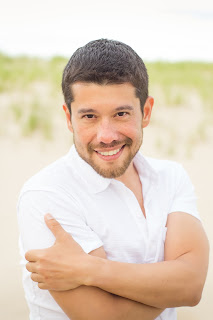