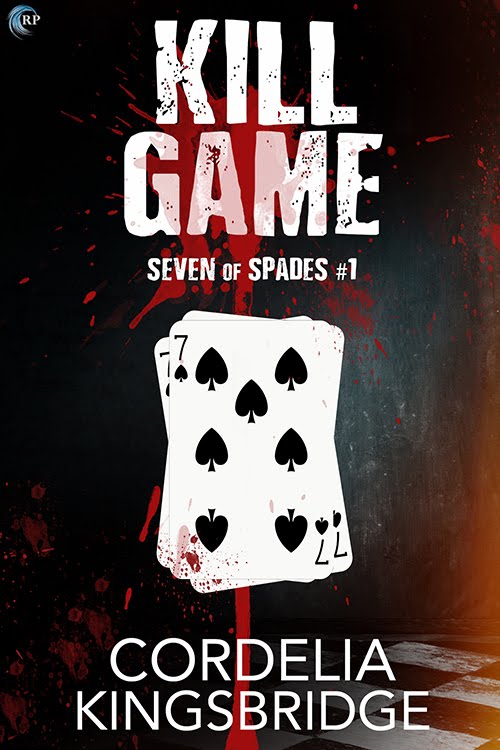 Thanks for checking out the blog tour for Kill Game, the first book in the Seven of Spades series!
In poker, a “kill game” is a fixed-limit game in which the stakes are suddenly doubled when a player triggers certain conditions. As our heroes Levi and Dominic hunt for the vigilante serial killer Seven of Spades, the stakes have never been higher.

Homicide detective Levi Abrams is barely holding his life together. He’s reeling from the fallout of a fatal shooting, and his relationship with his boyfriend is crumbling. The last thing he’s prepared for is a serial killer stalking the streets of Las Vegas. Or how he keeps getting thrown into the path of annoyingly charming bounty hunter Dominic Russo.

Dominic likes his life free of complications. That means no tangling with cops—especially prickly, uptight detectives. But when he stumbles across one of the Seven of Spades’s horrifying crime scenes, he can’t let go, despite Levi’s warnings to stay away.

The Seven of Spades is ruthless and always two moves ahead. Worst of all, they’ve taken a dangerously personal interest in Levi and Dominic. Forced to trust each other, the two men race to discover the killer’s identity, revealing hidden truths along the way and sparking a bond neither man expected. But that may not be enough to protect them.

This killer likes to play games, and the deck is not stacked in Levi and Dominic’s favor. 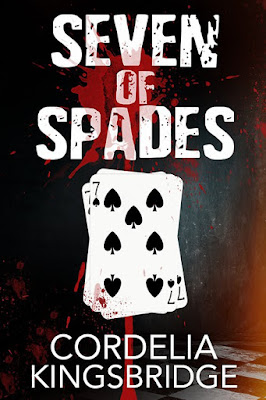 To celebrate the release of Kill Game, one lucky winner will receive a $15 Riptide credit! Leave a comment with your contact info to enter the contest. Entries close at midnight, Eastern time, on October 28, 2017. Contest is NOT restricted to U.S. entries. Thanks for following the tour, and don’t forget to leave your contact info!
Posted by Wicked Faerie's Tales and Reviews at 10/26/2017 10:00:00 AM