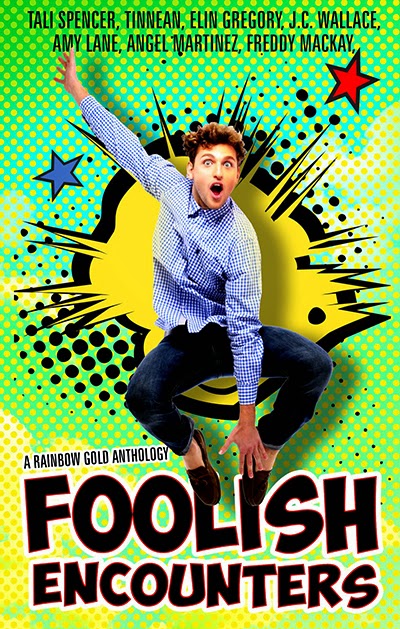 An accident, a chance encounter, a thought blurted out, a boat blown off course, a change in direction that suddenly runs into the line of fire – the smallest misstep can change everything. These foolish encounters are the moments around which lives pivot and sometimes spin out of control. Join us for tales of imprudent choices and bad decisions that can lead just as easily to hilarity as they can to tragedy.

Shredding the Heart
By JC Wallace

Quinn shook his head and immediately regretted the action as the gurney he laid upon swayed, as if a ship on a rocky sea. He swallowed repeatedly as his mouth watered. He would not throw up. He refused. Slowly, the nausea receded, leaving a fine sheen of perspiration on his skin and a shuddering weakness infiltrating his bones. He was in no shape to give a presentation, much less stand vertical for any amount of time. Blindly reaching into his shorts, he fished out his cell and hit the button until the phone beeped.

“Call Nya’s cell,” he instructed the phone. He didn’t dare to open his eyes, fearing the light would further ignite the firestorm of pounding in his head.

After only one ring, a shrill voice said, “Quinn, where are you? You’re the one who called this prep meeting at the ass crack of dawn. We’re all waiting on you.”

Quinn flinched. Had Nya’s voice always been so high-pitched? “Could you speak a little softer?” he asked in a hushed voice.

She huffed and then in a booming voice asked, “Are you fucking hung over? What the—”

Quinn pulled the phone from his ear, pushing it against his chest to muffle her rant. When he pulled it away, she was yelling his name.

Carefully, he put the phone to his ear. “Nya, just listen. I’m at the hospital and—”

She had always been a little high-strung and was probably on her third cup of coffee.

“No,” Quinn lamented. He couldn’t handle her intensity at that moment. What he needed was sensory deprivation. “I’m okay. Just a collision in the park with a skateboard. Got a few stitches. I won’t be in today. Can you reschedule with Phil?”

Amy Lane has two kids in college and two kids in soccer, and four fur-babies up in her business as she writes. She, her Mate, and her brood live in a crumbling crap mansion and squander their funds on movies, travel, and joy.

Elin Gregory lives in South Wales and has been making stuff up since 1958. Writing has always had to take second place to work and family but now the kids are grown up it’s possible she might finish one of the many novels on her hard drive and actually DO something useful with it.
Historical subjects predominate. She has written about ancient Greek sculptors, 18th century seafarers but also about modern men who change shape at will and how echoes of the past can be heard in the present. Heroes tend to be hard as nails but capable of tenderness when circumstances allow.
There are always new works on the go and she is currently editing a novel about spies in the 1920s, finishing one set in 6th century AD England and contemplating one about the Second World War. Any excuse to buy more books!

Freddy grew up in the Midwest, playing sports and running around outside. And honestly, that much has not changed since Freddy was small and throwing worms at other kids, expect worm throwing has been replaced with a healthy geocaching addiction. Freddy enjoys traveling and holds the view a person should continually to learn about new things and people whenever possible.

JC "Jake" Wallace started writing from a young age, but took a break for marriage, kids, and college (in that order). A few years ago, he rediscovered his passion and ventured out into the brave new world of publishing. He now has several novels and short stories published. At night and on the weekends, Jake writes about all things men, believing there is nothing hotter than two men finding and loving one another, whether for a night or forever. An avid reader of M/M romance, Jake loves a good twist of a plot, HEA, HFN, or tragic ending. He also writes what his bestie calls HUNK (Happy Until the Next Kidnapping). In his daytime hours, Jake works with individuals with autism and behavior problems. He is owned by a beautiful partner, three kids, two grandchildren, two dogs and one cat. He lives in the Adirondack Mountains in Northern NY.

Tali Spencer fell in love with writing at an early age and never stopped. Thanks to a restless father, she grew up as a bit of a nomad and still loves to travel whenever she can. Her longest stint in one place was Milwaukee where she went to college, enjoyed a series of interesting careers, and raised three surprisingly well-adjusted sons. She later married her true love and put down new roots in Philadelphia, where she lives in an ongoing Italian American family sitcom. At least she’s learned how make good pasta. When not writing, Tali reads everything from sweet goofy romances to medical research, manages her fantasy football team—go Gekkos!—and takes long walks with her loving, if slightly neurotic, poodle.

Tinnean has been writing since the 3rd grade, where she was inspired to try her hand at epic poetry. Fortunately, that epic poem didn't survive the passage of time; however, her love of writing not only survived but thrived, and in high school she became a member of the magazine staff, where she contributed a number of stories.

It was with the advent of the family's second computer – the first intimidated everyone – that her writing took off, enhanced in part by fanfiction, but mostly by the wonder that is copy and paste.

While involved in fandom, she was nominated for both Rerun and Light My Fire Awards. Now she concentrates on her original characters, and recent novels have received honorable mention in the 2013 and 2014 Rainbow Awards.

A New Yorker at heart, she resides in SW Florida with her husband and two computers.

Ernest Hemingway's words reflect Tinnean's devotion to her craft: Once writing has become your major vice and greatest pleasure, only death can stop it. 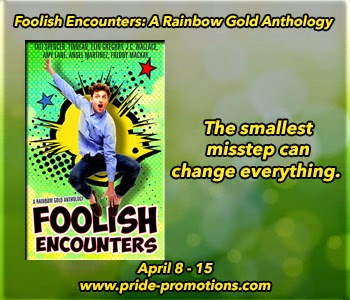