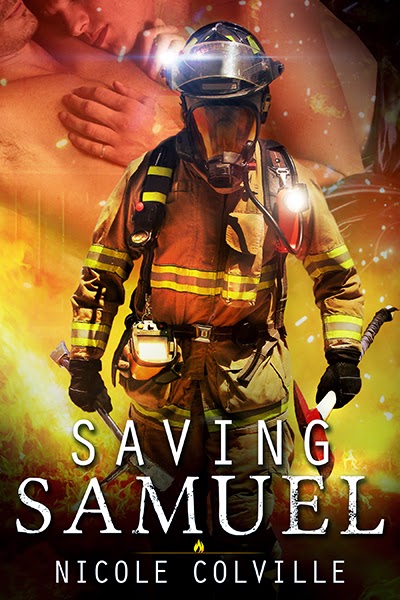 Police officer Milo and Fireman Daniel have been dating off and on for six years, but it always seems more off than on. Just when their relationship reaches breaking point, someone enters their lives, unknowingly helping the confused couple work through their differences.

Falling in love with the man Daniel rescued and who Milo is investigating as a potential arson suspect isn’t a conventional start to any relationship, especially one which includes a mysterious blond who’s afraid to stop running. But they both see what didn’t work out as a couple, could work out as a ménage.

Daniel and Milo unite to help save Samuel, but quickly realise he’s not the only one being saved.

With so many obstacles in their way threatening to destroy the future they desire, all three have to fight to create a bond too strong for anyone or anything to break.

Meet the first three men in my Manchester Ménage Collection.

Excerpt:
Their mouths parted, Daniel moaning as Milo slipped his tongue inside him, teasing him with soft caresses until he plunged deeply into his mouth, fighting with Daniel’s tongue as their bodies began to grind together in that perfect dance. Both were so in tune to the other, both knowing just what to give to drive the other insane with desire.
“I need you, Danny. You can feel how much I need you.” Milo pressed the ridge of his swollen cock against Daniel’s, both groaning as their lengths rubbed against each other. “What I need, I can only get from you. You’re the only one on my mind. Even when I'm alone, you’re the one I see, who I hear with me, who I feel under me, over me, against me. It’s just you, Daniel. It has been for three years. There’s no one else.”
Daniel’s hands were in Milo’s hair, clinging onto him tightly and forcing their mouths to collide again, his hips raising up and crushing their cocks against each other. They were both breathing too fast, their bodies crying out for more when Milo lifted from Daniel’s swollen lips.
“You don’t have to lie to me.” Daniel moaned as Milo worked his hand over his cock, the sweatpants he wore tenting over his length.
“I’m not lying.”
Daniel’s eyes focused more on him, the truth finally seeping through that thick skull of his. “Milo…”
Milo fisted his hand tighter in Daniel’s hair. Seeing him like this turned him on too much. “Tell me what you want.”
Daniel paused, but his body rose up to Milo’s, begging for what it needed before he could say the words. “I need you inside me.”

Nicole Colville was born and currently lives in Leeds, England. She is a wife and mother of two young girls who somehow manages to fit in being a full time author of m/m romance and erotica. She loves writing complex characters in bittersweet romances which will leave you addicted and craving more from her men

Although best known for her popular series, Hidden and Knights to Remember, she also enjoys writing with friend, and fellow author, E.M Leya. Together they have published two books in their Sinful Temptation Collection with more planned.

Her new menage collection based in the popular city of Manchester, England is her first solo full length novel outside of The Hidden Series and has three books planned for release in 2015 & 2016.

1)      Beards freak me out. Not the sexy stubble type, but the long ones. It’s like a fear I have. It must relate to something in my childhood, or be part of my OCD, but the thought of facial hair like that coming into contact with me…. Arrgghhh!

2)      I have no concept of time. I think I live in a universe where it’s Nicole Time lol Which is fine if everyone understands this and is okay with it, but generally turning up a day late for your dentist appointment doesn’t go down well.

3)      I have no sense of direction. Like none!!! I swear I could turn around in my sitting room and not know where I just came from lol

4)      I majored in History and Classic Civilizations but have never considered writing an historical novel. I have no idea why!!

5)      I’m a huge Trekkie. I have been since I was about ten. I’m so bad, I went to conventions and everything. The Next Gen is my favorite and I can pretty much tell you about every episode after only seeing the first few minutes. J I also had the BIGGEST crush on Data, which really explains a lot, as I still love unemotional partners, and of course, attempt to change them mwhahahaha

6)      I’m a totally mummies girl. I love and respect my mum more than anyone else in the world and we spend a lot of time together. My dad was violent and a huge arsehole, he left when I was ten and we’ve been like two peas in a pod since.

8)      I have numerical Dyslexia and have had issues with Math since, well… forever lol

9)      I love the rain. Even up to my early twenties, I would stand naked in the rain in our back garden. (It’s private, I’m not an exhibitionist J ) As children me and my sister would streak around the street naked and running through puddles. There’s something very freeing about standing out in a warm rain and getting soaked. Try it!!! It’s awesome. 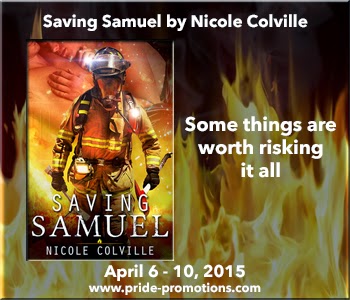