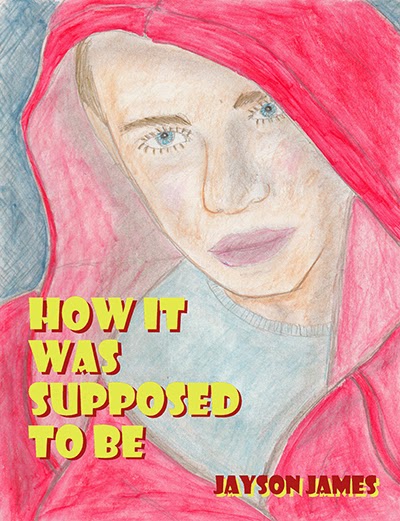 The Kennicott’s were living the carefree life of an upper middle class family.  That was until one day when his father arrives home from work and shares the company he has worked for since he was Reese’s age has gone out of business.  Adding to the stress of being out of work for the worst time is the worst economic downturn the United States has ever faced.  It does not take long for the Kennicotts to fall behind in their bills and lose everything.

Reese Kennicott had everything he could ever want and life was good.  He worked a part time job to have extra money and to socialize.  Now he is working all the hours he can get in order to help his family get by, which isn’t much.  Reese is now dating the guy of his dreams, he along with his friends seem to be the only stable thing going for him.

Hope finally comes with a new job that will take the family across the country.  This means for Reese giving up his lifelong friends, his new boyfriend and life as he’s always known it.  The family takes with them what they can and begins on a road trip to their new life.  Along the way, they encounter several barriers and hope begins to fade.  Each day things look bleaker and the Kennicott’s begin to wonder if they are going to make it to their destination.

A few days later Cruz caught Reese on his way out to the parking lot after school.  He appeared so smug and at the same time seemed so debonair as he approached Reese.  When he was close enough, he looked around, perhaps to make sure there was no one in ear shot.  There was no greeting from Cruz before he asked, “Relationship troubles?”
He responded, “You mean Morgan?”  Cruz nodded his head as if telling him duh.  “We’re only friends.”
“Oh.”  Cruz shrugged, “So he’s not gay then?”
“No he’s not gay.”   Reese did not feel it was his place to share Morgan’s bisexuality.
Cruz stared at him, only perpetuating Reese’s discomfort.  “You’re gay though?”
“Yes.  You’re gay too?”  He figured fair was fair.
Nodding in agreement, Cruz asked, “Do you have a boyfriend?”
“No.”  Reese was feeling as if he was being sized up added, “I hear you don’t either.”  Cruz was silent, glancing away and yawning, appearing disinterested in the conversation.  Reese decided that he’d better make his move, “You want to go out sometime?”
Cruz turned toward him and seemed to be thinking over his response.  Reese smiled feeling hopeful and then concerned he might be coming off as desperate.  Cruz nodded, “That would be fine by me.”   Then he turned to walk away without saying another word.
Sales Links:

For most of my life, I have been writing and sharing it with my friends.  They have repeatedly told me I needed to publish my writing and share it with the world. Now that I have, I am amazed at how many people admire it.

My interests beyond writing include reading a variety of books, watching movies and drawing.

I truly appreciate all the support and encouragement from my friends, family, and you. I am so thankful to your support!

Keep on reading! I am always interested in hearing about what people are reading, especially if it is something I have written.
Thank you for reading and letting me know what you think of my writing! 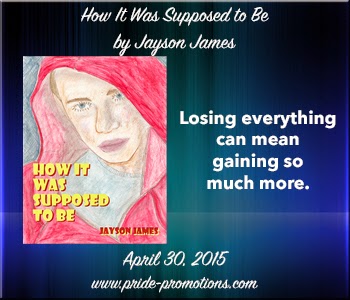 Rafflecopter Prize: E-copy of ‘How It Was Supposed to Be’ by Jayson James