The Eye and the Arm by Andrew Q. Gordon - Book Blast with Giveaway 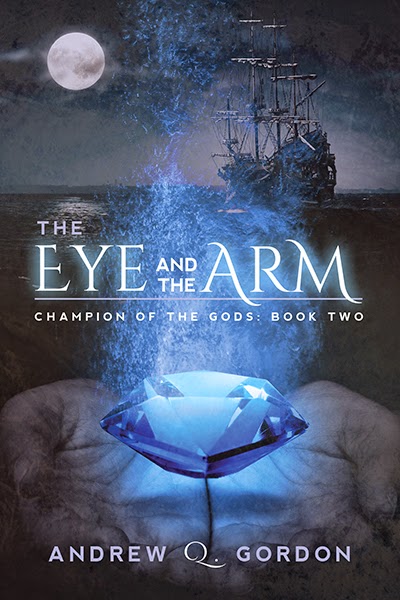 Author Name: Andrew Q. Gordon
Book Name: The Eye and The Arm
Series: Champion of the Gods    Book 2   (Should not be read as a standalone)
Publisher: DSP Publications
Cover Artist: AngstyG

After defeating Meglar at Belsport, Farrell returns to Haven to recover from his injuries, but Khron, the god of war, has other ideas. He gives Farrell a new mission: free the survivors of the ancient dwarf realm of Trellham from their three-thousand-year banishment. To fulfill Khron's near impossible task, Farrell will need the help of his distance ancestor, the legendary wizard Kel. But Kel has been dead for a thousand years.

Farrell finds information hinting that Kel is alive, so he moves his search to Dumbarten, Kel's birthplace. To reach Dumbarten unannounced, Farrell and Miceral disguise themselves as mercenaries on board a merchant vessel. Their journey is disrupted when pirates attack their ship. While attempting to subdue the attack, Farrell is struck down by one of Meglar’s minions.

Unconscious and trapped in his own mind, Farrell's only chance for survival rests with Miceral and the peregrine king Rothdin entering his thoughts and helping him sort fact from illusion. To reach Farrell, they will need to rely on an untested spell from one of Kel's spellbooks. If they succeed, Miceral can guide Farrell home safely. If not, Farrell will destroy not only himself, but Miceral, Rothdin, and everyone around him.

Miceral grabbed his last javelin and crept toward the starboard rail. The tip of pirate’s prow had just reached their stern. He could see men crouched under the protection of the gunwale. “They’re almost here—be ready.”

Moving faster than the enemy could react, Miceral scaled the short staircase and quickly found a protected spot in the aftcastle. Peering through a narrow opening, he scanned the clusters of men he could see. At the rear of the largest group, Miceral spotted someone who, by clothing at least, appeared to be an officer. With no one else standing out as being the captain, this man became his target.

Springing to his feet, he hurled the spear before anyone could target him. One of the pirates huddled by the rail fired an arrow, which Miceral caught in midflight. Flashing the enemy a wicked grin, he snapped the shaft in half before dropping back behind his cover.

Miceral closed one eye and stared through the space between crates. He watched the men look toward where their officer had been standing, and from the shouts he knew he’d hit his mark. One pirate tried to pull the spear out but failed. When he turned to ask for help, a stream of blood dribbled out of his mouth and over the feathers of the arrow protruding from his neck. Everyone else ducked immediately and remained out of sight.

Miceral traced the shaft’s path back to where Peter knelt, nocking another arrow. He gave his friend a wink and a nod. Before either could enjoy the small victory, a hail of arrows and spears whistled across the deck. Under the cover of this barrage, dozens of grappling hooks landed on the deck of the Rose. Once the barbs dug into whatever purchase they could find, the two vessels inched closer. Miceral heard the faint thud of the two ships colliding and slipped the mace and axe from his belt.

With the ships tethered together, the pirates flipped long wooden planks from their ship onto the Seafoam Rose. Hooks on the ends secured the slim pathway firmly in place. The first wave of invaders ran across the boards, screaming at the top of their lungs. If they expect to scare the crew into surrender, that hope dissipated when four of their number fell dead from a round of arrows.

Miceral used the distraction to leap from his hiding place. Screaming his own battle cry, he rushed the startled pirates. From his right, Emerson and Nathan led the crew in defense of their ship.

The ferocity of the resistance appeared to catch the invaders by surprise. Miceral killed anything in his reach, stalling the attack momentarily. Peter stood next to Miceral and proved the value of all the long hours of practice he’d been put through.

Unfortunately, Miceral couldn’t defend all points of entry onto the vessel. The pirates quickly learned to avoid the armed warrior who moved with the speed of lightning.

The initial advantage of the Rose’s crew quickly evaporated as the pirates brought superior numbers onto the trading ship. To avoiding being surrounded, the defenders fell back to a predetermined, more defensible position. This allowed the rest of the pirates to cross unimpeded.

“Now would be a good time to arrive, Farrell.” Miceral didn’t know if Farrell could hear him, but if he didn’t arrive soon, there’d be no one left to rescue.

“I’m almost there, Ral.” Farrell’s voice distracted Miceral enough that he cut off an opponent’s arm instead of slicing through the man’s neck. “Hang on!”

Andrew Q. Gordon wrote his first story back when yellow legal pads, ball point pens were common and a Smith Corona correctable typewriter was considered high tech. Adapting with technology, he now takes his MacBook somewhere quiet when he wants to write.

He currently lives in the Washington, D.C. area with his partner of twenty years, their daughter and dog.  In addition to dodging some very self-important D.C. 'insiders', Andrew uses his commute to catch up on his reading. When not working or writing, he enjoys soccer, high fantasy, baseball and seeing how much coffee he can drink in a day. 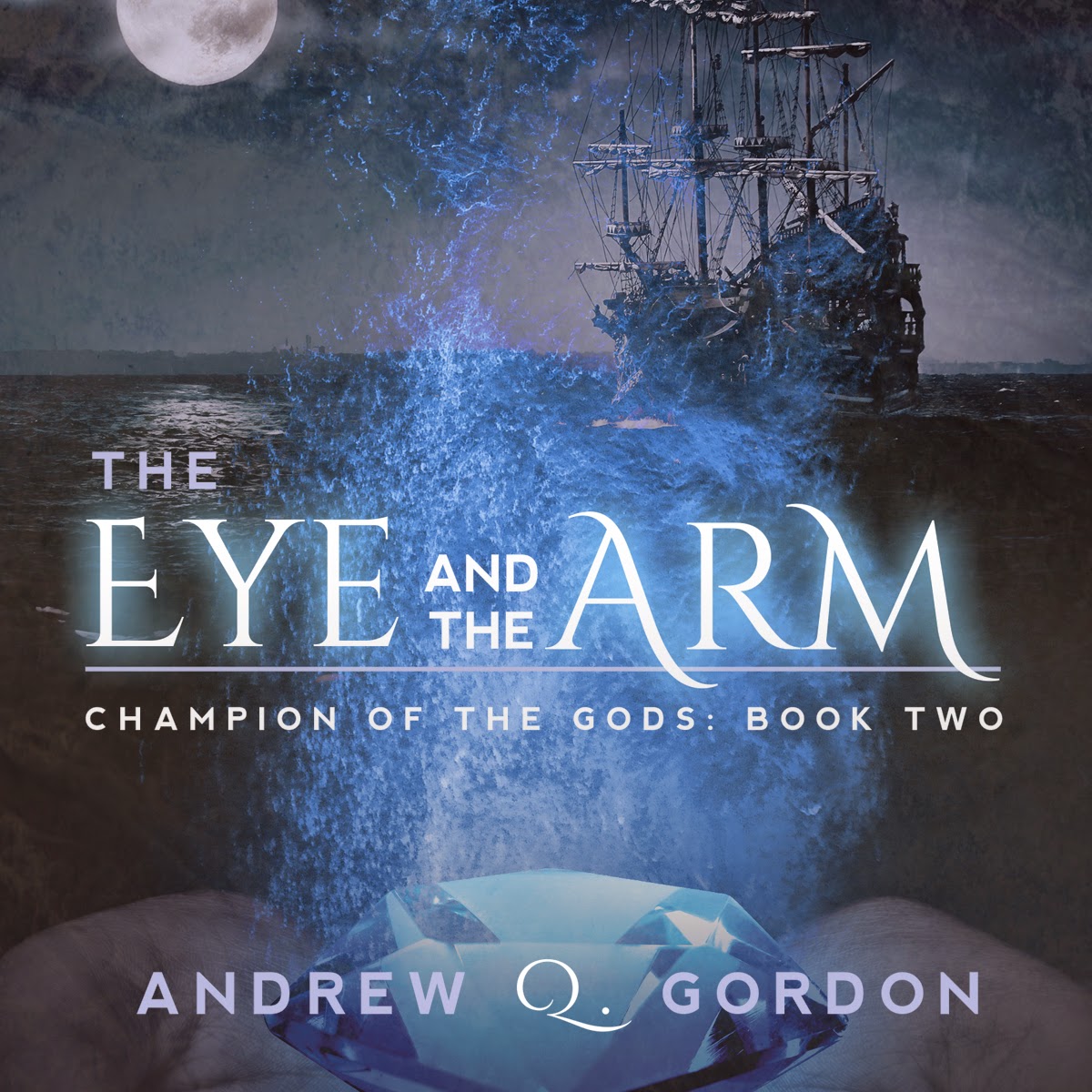 Rafflecopter Prize: 3 e-copies of the Last Grand Master with the new cover art.