Do you remember this cover to Genesis Queen (Road to Hell #3)? 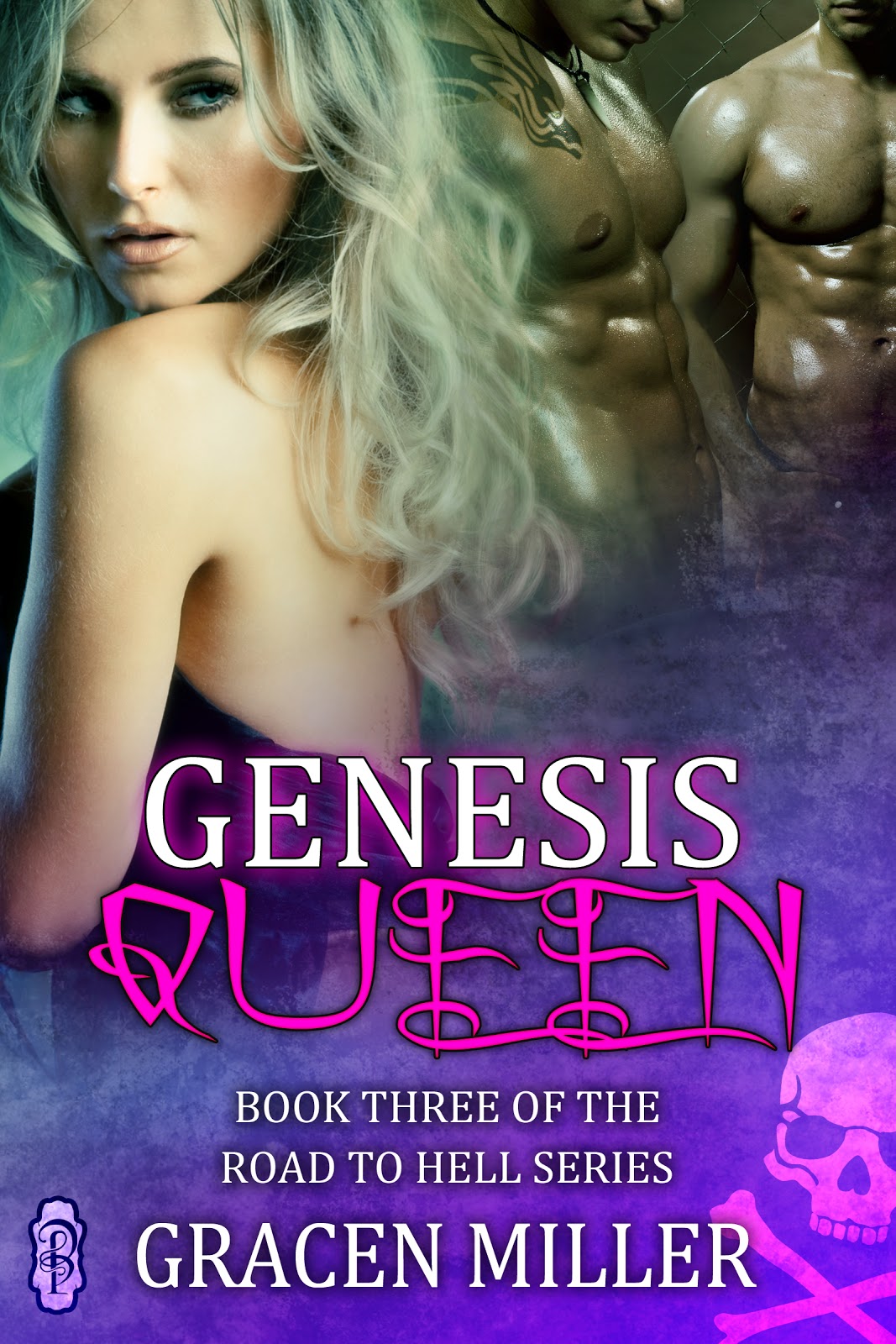 I own the rights to the print book, and it's been re-wrapped with a brand new cover to match the other two covers in the series. 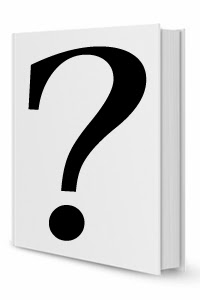 HERE IS THE REVEAL... Open for a terrifying and sexy ride on the Road to Hell... 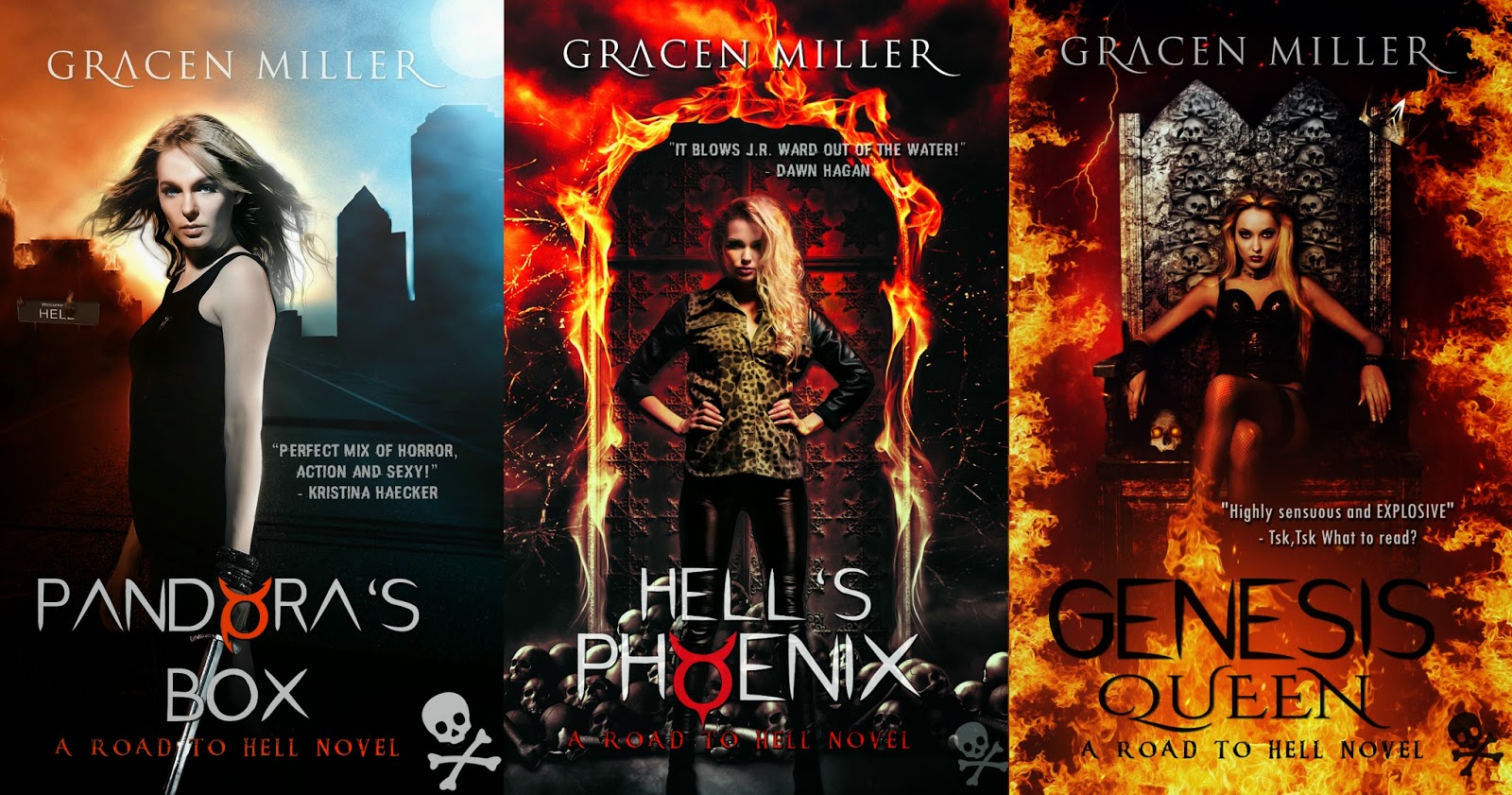 Victory is hollow when fate maneuvers one as a pawn.

Madison’s mission is complete. Nis is rescued from Hell and her son safe from his dark destiny. But in the safe harbor of Nix’s love, her demonic husband warns of a murderous plot. Can she trust that it’s the truth and not another scheme to claim her for Hell’s throne?

With allies divided and prophecy heralding defeat, Madison gambles on Micah’s tenuous honor to keep their son protected. Torn between her heart’s desires and her dark requirements, Madison worries her hellish fate cannot be avoided. When betrayal comes from an unlikely direction, all their futures may be damned. In the darkest hour of Madison’s life, an undeniable providence will transpire. Who can she trust? And how far will she fall to defeat her foes?


Amid the rubble of defeat will Hell’s Genesis Queen dawn?

“I like the way you move, kitten.”
She took a deep breath, like she needed the extra oxygen to deal with him. “Did you square away the angels in Hell?”
“Yes.” Details weren’t necessary when they both knew he’d instituted a brutal torture regimen for all of them. “Dance with me?”
“To this music?”
“You didn’t appear to be having any problem.” He held his hand out toward her.
She stared at his palm. Her expression was reminiscent of an individual confident selling their soul was a reckless choice but entering the deal anyway.
“I don’t bite.”
Her gaze felt like an impact against his. “You did in Hell.”
He wrangled the grin under control. “Then I won’t bite.”
“I don’t think it’s a good idea, Micah.”
“Why?”
A casual shrug when nothing about her body language suggested she felt relaxed. She crossed her arms beneath her breasts. “Nix says my idea of dancing is sex with clothes on. He couldn’t tolerate it and if he couldn’t….” She trailed off and gaped at him as if she’d just realized she’d been about to insult him.
Micah grinned. “I haven’t lived as long as I have without executing restraint.” He stepped closer to her. “I’ve controlled myself with you more than any other.” Because she is my woman and deserves my respect.
Madison allowed him to pull her arms free of their defensive fold. Holding her gaze, Micah coaxed her into his embrace…left hip to left hip, his leg thrusting between her knees, gliding upward and parting her thighs.
She bit her bottom lip. Her breathing grew shallow. The heavy beat of the music thumped around them. His pulse throbbed faster.
Hell’s delights, she felt fantastic against him.
“Relax,” he said when she remained inflexible. A soft wind would break one of her bones. “I only want to dance with you.” Like when they’d been married, just a different manner of movement. This one more intimate than what they normally partook.
Her focus locked on his jaw, and she sharply inhaled when he slid his palm down her back and settled on her hips. He executed the first moves and she followed. As if magnetized, they gyrated in perfect synchronicity.

Gracen is a hopeless daydreamer masquerading as a “normal” person in southern society. When not writing, she’s a full-time basketball/lacrosse/guitar mom for her two sons and a devoted wife to her real-life hero-husband of over twenty years. She has an unusual relationship with her muse, Dom, but credits all her creative success to his brilliant mind. She’s addicted to writing, paranormal romance novels and movies, Alabama football, and coffee...addictions are not necessarily in order of priority. She’s convinced coffee is nectar from the gods and when blending coffee and writing together it generates the perfect creative merger. Many of her creative worlds are spawned from coffee highs and Dom’s aggressive demands. Gracen writes is multiple genres—paranormal romance, paranormal erotic romance, and contemporary romance. To learn more about Gracen or to leave her a comment, visit her website at www.gracen-miller.com.

You must read the first 2 book in the series, Pandora's Box and Hell's Phoenix, before reading Genesis Queen, as the series builds upon itself.