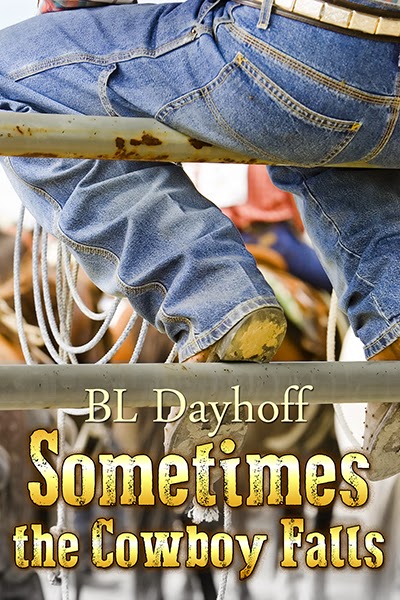 Blake knows two things: riding bulls and sleeping around. So when he runs afoul of a nasty bull and is laid up in the hospital, he finds his life turned on its side. The accident leaves him tangled up inside—physically and emotionally.

Jack, his new boyfriend, is there for him during his recuperation, but it’s his demanding physical therapist, Ivan, who stars in his dreams. As Blake struggles to get back on his feet and rebuild his new life, he realizes he’s fallen in more than one way—and he wonders if Ivan is interested in wrangling a stubborn cowboy.

Excerpt:
John's warm hands cupped his face, brushed down his neck as kisses caressed his lips.

He pushed the hands away as gently as he could while firm in his resolve. "I'm a bull rider, John. I'm on the road more than half the time. I ain't got room for a relationship. I told you last night, this was a one-time thing, unless you wanna screw around when I'm in town."

John tightened his lips and jerked away, then got out of bed to pull on crumpled jeans and a tee.

"Don't get pissy like this. I told you how it was."

"I just -- You've got a fuckin' sweet mouth when you want one is all."

"It'd be lonely on the road without it."

John snorted, grabbed his hat from the floor, and dusted off imaginary dirt. "Well, I hope it serves you well, Blake Forrester. 'Cause this is one fan who won't worry when you get thrown."

BL Dayhoff is working on coming out of her shell. She's always had an interest in writing, but only recently has done it for more than just her own personal amusement. She loves to fill her time with too many things, but is getting around to actually focusing on the few that bring her joy, like writing, coding, and cooking (although she hates washing dishes!). 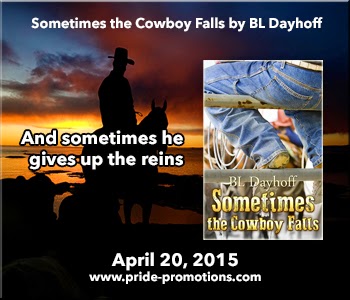