No Limit by L.P. Dover - Blog Tour with Giveaway

I deal with those things every day. My name is Jason Avery, one of the best undercover agents in the country. I have yet to fail on a mission, which is why I’ve been sent to Vegas. Countless women have been abducted, tortured, only to show up dead in the middle of the night. It’s my job to find out which sick fuck is responsible. Unfortunately, every lead sends me to a dead end; at least, until Aylee McFadden shows up at my door.

Aylee is a stubborn, headstrong FBI agent and also one of the sexiest women I’ve ever seen with a gun. In joining me, it gives us the leverage we need to get on the inside. She fights me at every turn, but soon realizes there’s more to me than tattoos and a dirty mouth. I can’t get enough of her. Now that we’re in the game, we’re one step closer to solving the crime. However, gambling with money isn’t what the big boys want. They want the one thing I’m not willing to give.

It’s a no limit game, and if I back down I lose everything. I will lose her. 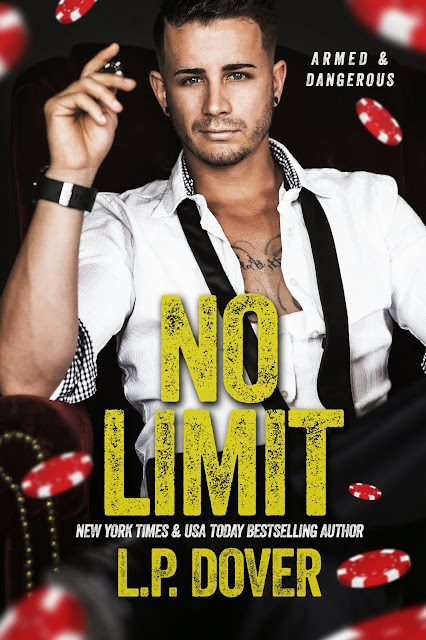 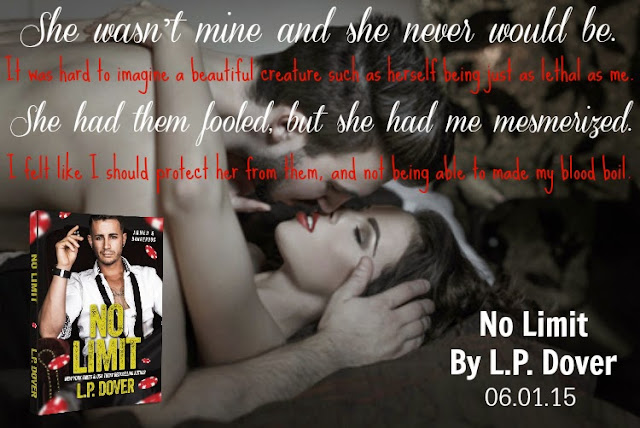 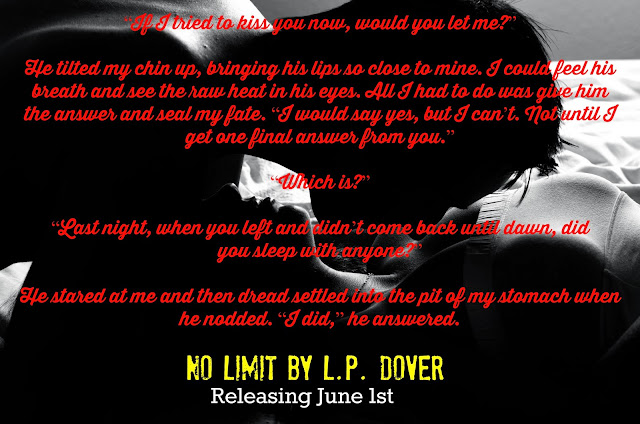 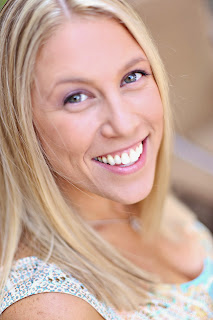 New York Times and USA Today Bestselling author, L.P. Dover, is a southern belle residing in North Carolina along with her husband and two beautiful girls. Before she even began her literary journey she worked in Periodontics enjoying the wonderment of dental surgeries.

Not only does she love to write, but she loves to play tennis, go on mountain hikes, white water rafting, and you can't forget the passion for singing. Her two number one fans expect a concert each and every night before bedtime and those songs usually consist of Christmas carols.

Aside from being a wife and mother, L.P. Dover has written over fifteen novels including her Forever Fae series, the Second Chances series, the Gloves Off series, and her standalone novel, Love, Lies, and Deception. Her favorite genre to read is romantic suspense and she also loves writing it. However, if she had to choose a setting to live in it would have to be with her faeries in the Land of the Fae. 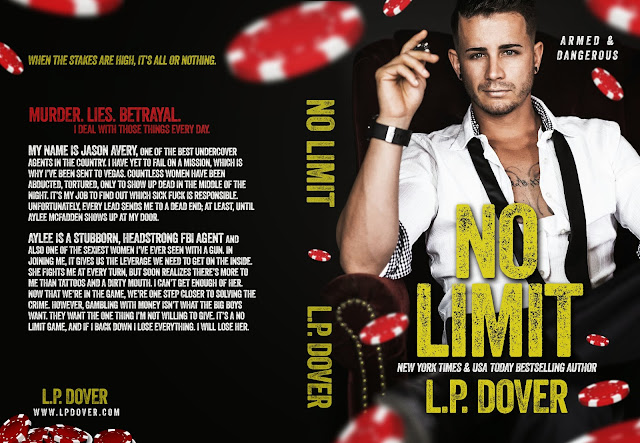