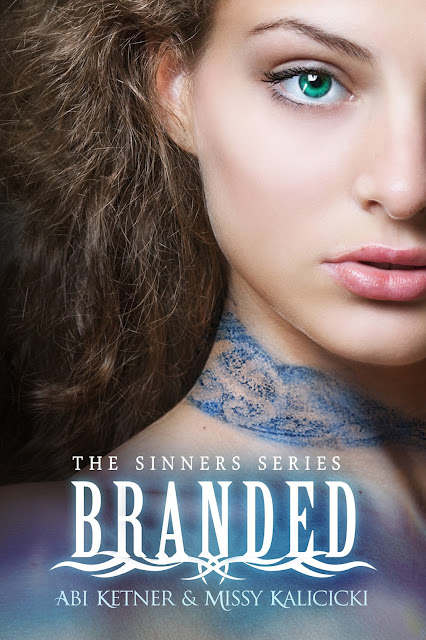 Blurb:
Fifty years ago The Commander came into power and murdered all who opposed him. In his warped mind, the seven deadly sins were the downfall of society.

To punish the guilty, he created the Hole, a place where sinners are branded according to their sins. Sinners are forced to live a less than human existence in deplorable conditions, under the watchful eye of guards who are ready to kill anyone who steps out of line.

Now, LUST wraps around my neck like thick, blue fingers, threatening to choke the life out of me. I’ve been accused of a crime I didn’t commit, and the Hole is my new home.

Every day is a fight for survival.

But I won’t let them win. I will not die in the Hole.

I am more than my brand. I’m a fighter. My name is Lexi Hamilton, and this is my story.
Goodreads - https://www.goodreads.com/book/show/22608435-branded

This is one of those books that can be potentially be hard to review. When it was originally published it was marketed as a young adult book. While the main character is younger, the story is darker and has more adult themes then Young Adult. Since that time, it's been changed to a New Adult novel, which really is the best category for this story.

Lexi, has been branded for a sin she didn't commit and tossed into The Hole. There is no escape from The Hole, it's bleak, dangerous, and extremely corrupt. Lexi is assigned a guard, Cole, who shadows her constantly due to her branded status. At first you can see the struggle he doesn't want to know her, he doesn't want to like her. She is simply his job, something he's required to do as part of his daily duties.

The dynamic changes between them over what seems to be a short time but in a place like The Hole, literally each day is all about surviving to the next day. However, no matter what the sinner's sin is, it is forbidden for a guard and a Branded to have any sort of relationship. It could mean punishment at the least, and at the most would be death for both Branded and guard if discovered.

This story is well-written, has a complex yet dynamic storyline, excellent world building, and a fast pace after the first part of the book. While I did struggle a bit with the beginning, I ended up thoroughly enjoying the story. However this is a very dark, and violent story, so it may not be for every reader. This reader, however, is looking forward to the second book in the series to see what happens next.

I would recommend this for anyone that enjoyed Divergent, Hunger Games, and Maze Runner but wants their story a little darker. 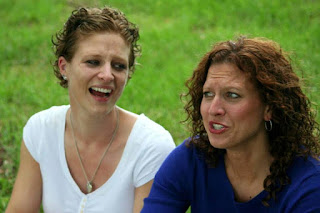 Abi and Missy met in the summer of 1999 at college orientation and have been best friends ever since. After college, they added jobs, husbands and kids to their lives, but they still found time for their friendship. Instead of hanging out on weekends, they went to dinner once a month and reviewed books. What started out as an enjoyable hobby has now become an incredible adventure.