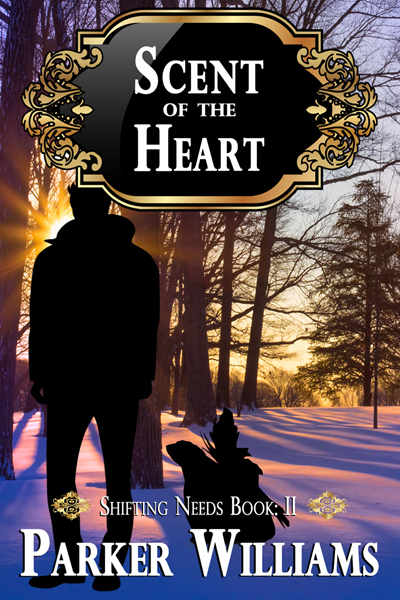 Casey Scott grew up being told he’d never amount to anything, and despite the unwavering
love and support from his best friend, Jake, the idea sticks in the back of Casey’s mind. When he
discovers he has a unique destiny in an enclave where shifters and humans live together, he
seizes the chance, wanting for once in his life to be someone special.

Tsvetok Yerokhin lost his parents to the evil ruler of the enclave when he was a boy. The
responsibilities of raising his two younger brothers nearly overwhelmed him and self-doubt
took over. When the new Alpha and his Protector arrive in time to save his life, Sev is grateful,
but he’s even more shocked when he scents his mate with them.

Casey isn’t prepared for the feelings that sweep over him when he meets Sev, but he refuses to
act on them because he’s straight. Still, there is something so alluring about Sev that Casey can’t
help being drawn to him.

As the two explore the edges of their new discovery, an evil returns, determined to control the
enclave or destroy it. The Alpha and Protector are powerless to stop it, but Casey holds the key
to victory. If he can discover what it is, he has a chance to save them all. To be the hero.

Unfortunately, the hero has to be willing to make the ultimate sacrifice, and for Casey that
means losing his heart.

Excerpt:
Casey had slept in the early evening, exhausted from his activities of the day. First the twins came, and their birth wasn’t easy. One of them, the boy, refused to come out. Normally shifter births were in and out in less than an hour. This one had kept him elbow deep for four. When the child was finally born, he had a full head of fluffy gray hair, indicative of his mother’s rabbit side. When they’d asked his advice on what to name their new son, Casey had said Thumper. His parents had fallen in love with the name, and Casey learned that people who had never seen a movie had no idea what humor was.

Then there was the incident with the stupid skunk in the forest. He hoped to hell Jake never found out, because after all the crap Casey had given him, he knew for a fact there would be hell to pay.

His intent had been to sleep a few hours, then try another dreamwalk. They always left him drained when he didn’t have a tether to this world. Casey shook his head. Six months ago he never would have talked about different worlds, men that could become animals, or ghosts outside of his weekly Dungeons and Dragons game. Now it seemed he was actually living a campaign. He was a shaman, a wizard of sorts. Jake was a paladin, righteous and good. Zak was…well, Zak probably would have been royalty. With his demeanor and attitude, he would have made a great king.

He’d been dozing fitfully; his dreams filled with visions of future events, where a fork in the road left him with too many decisions. One was life, the other was death, but both were fraught with peril. The knocking at his door had jolted him awake, and he was actually glad for it.

Sev looked absolutely miserable as he stood at the door. This would be only the second time the man had come to see Casey. Most everyone else in the enclave had stopped by, even for a friendly visit, numerous times. Yet Sev always hung back. This time, Casey needed to understand what was going on.

When they came in contact, skin on skin, Casey had no idea what happened. A surge ran up the length of his arm, seemingly connecting him to Sev. He could tell the man across from him needed his help. Sev was different from all the others in the enclave who’d come and talked to him in the last six months. He didn’t need advice; what he needed was someone to understand.

Sev sat at the table, looking for all the world as if he were lost. He sipped the calming tea that Casey had brewed, his eyes downcast as he told Casey his story—the death of his parents, the problems he now had with his brothers, and his uncertainty that he was doing the right thing. Never before had Casey wanted to pull someone into his arms and promise them that everything would be all right. He’d heard so many stories after Elizar’s defeat—beatings, rape, murder, and still he was able to maintain a detachment. Not with Sev.

Sev sighed. “I don’t know that you can. I just wanted to talk to someone.”

Casey could see the shine of tears when Sev finally lifted his head, and his chest tightened as he stood and wrapped his arms around the man. He didn’t have words, and he couldn’t think of any other way to comfort him. Not one of the salves, potions, ointments, teas, or other remedies on his shelves had the power to offer the healing that a hug brought.

The words were so soft Casey was certain he had misheard them.

Getting To Know You - Author Q & A with Parker Williams

1 – What is your secret indulgence?


Parker Williams - We have a shake shop near the house that has something called a Vegan Raspberry Nebula shake. When KC Wells and Becky Condit were in Milwaukee, Paul and I bought them each one, and they loved it.

2 – What’s in your nightstand you don’t want anyone to see?
PW - Absolutely nothing! Paul has them filled with junk because he’s a packrat. I think the most embarrassing thing in the nightstands MIGHT be a cassette tape of Frankie Goes to Hollywood.

3– What’s your favorite meal?
PW -- Paul makes an awesome vegan pot pie. Now that I’m thinking about it, I may have to blackmail him into making me one.

4 – What’s the worst thing you’ve ever put in your mouth?
PW -- Um…. Well, there was this guy, you see, and he gave me ‘calamari’. I had no idea what it was, and I hope to hell I never have to have one of those rubbery things in my mouth again.

5 – How old were you when you wrote your first story and do you remember what it was about?
PW -- I was fourteen. It was the story of Grant and Rusty, two teenage boys thrown together under less than auspicious circumstances (Rusty’s mom kicked him out, and Grant’s Aunt Helen took him in.) There’s also a murderer in there. I may have had a tad of a sadistic streak for my characters.

6  – Ability you wished you possessed?
PW -- To be in multiple places at once. I have a very hard time saying no, and it gets me in trouble sometimes.

7  – Skill you wish you had?
PW -- I wish I could draw. I look at some of the things my friends on Facebook do, and then at my silly little stick man, and sigh heavily.

8 – What do you wear when you’re writing?
PW -- Usually sweats and a t-shirt, as well as a pair of slippers. Because now that I work at home, I don’t have to impress anyone, and my dogs sure as heck don’t care what I’ve got on.

9 – What’s the weirdest thing you’ve ever eaten?
PW -- Deep-fried cheese curds. We had them at a restaurant in a small town in the middle of Wisconsin (Amish territory). Paul likes cheese curds, but we’d never heard of them deep-fried, so we ordered some. They were AMAZING! So good in fact, we drove two hours to get some more a few days later.

10 – How do you relax at the end of a stressful day?
PW -- Usually sitting on the couch watching television and eating dinner, but afterward, I get back to working on Pride stuff until bed.

11 – Do you have any tattoos? If so, what are they?
PW -- Oh, I wish. I have this strange aversion to pain. When I see pictures of guys who have their genitals tattooed, I’m excessively jealous of their manliness.

12 - What has been the biggest surprise to your life after being published?
PW -- Hell, BEING published was a surprise. After being published? Going to GRL in Atlanta and actually having people know who I was. Amanda Atchley came up to me and was all excited about meeting me, and I was completely flustered, because…well, I’m me, and a nervous wreck around people. But she was more than sweet.

13 - What it is like being in their head with all those characters?
PW -- It’s never lonely. They like to chat all times of the day, and long into the night. Whispering their evil and vile plans to me, encouraging me to hurt and maim characters. Then I get yelled at by my friends who say I’m too bloodthirsty. Obviously they never met some of the people I’m writing Pulp Friction 2015 with. <Glances over toward Laura Harner, Havan Fellows, and Lee Brazil.>

14 – Do you have characters who argue over whose turn it is next?
PW -- :hangs head: Yes. Even characters who weren’t supposed to get another story are knocking on the inside of my skull, asking me if I remember them. DUH! How could I forget? You won’t let me sleep.

15 – What kind of shifter would you be?
PW --  Bear! Definitely. Silvia Violet wrote one of her Wild R Farms about a bear shifter named Will. I’m not sure why she chose that name for a bear shifter…. Okay, fine, I begged and pleaded. When it comes to my shifters, I have no dignity.

16 – Twinks or Bears?
PW --  Both are nice to look at, but my preference will always be Bears. Big ol’ growly bears who can pull you into a hug and let you know that you ARE being hugged. 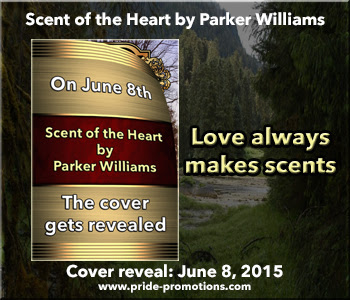