The LD50 of Memories by A.R. Moler - Book Blast with Giveaway 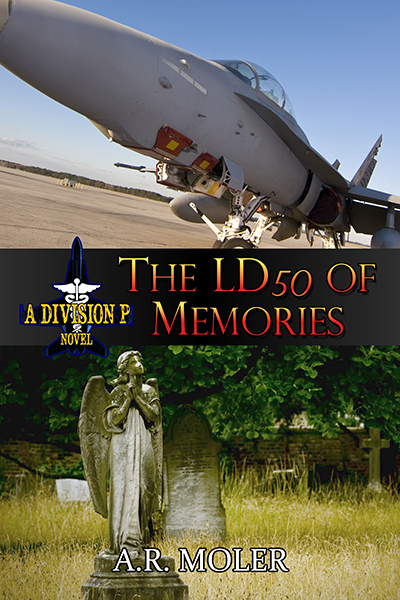 Navy Pilot Cameron Bradshaw and orthopedic surgeon Mason Flynn are fast working towards solidifying their new family. But life is full of bumps and bruises-- from a sudden lack of diapers for their daughter to Mason's bigoted father passing away. Cam is having scary psychic shock episodes too. After a terrible experience doing a Division P body-finding job, Cam's shields crash hard and he suffers life threatening physical side effects. The solution complicates their lives further. Still, between Jane, their new nanny, and the men reconnecting with an adult sibling apiece, they can see their new family forming around them. Maybe it's time to make it all official?

"Cam! Cam! Wake up! It's not real!" The voice was familiar. He wanted to touch it so badly. The dirt was cold and heavy and he couldn't draw a breath to scream. Suddenly, there was warmth against his lips and a pinching sensation on his nose. Hot air was forced into his lungs. A heavy surge of tingling energy roared through his body. More air. The blackness was lifting. More air. He coughed. His lungs objecting to the force. Gasping. Sucking in clean cool air. Warm hands on his skin. Cam's eyes slowly dragged open.

Mason was staring down at him, an expression of blatant concern on his face. "You stopped breathing."

Cam realized he was lying flat on the hospital bed, head tipped back a little, with Mason kneeling beside him. The woman doctor that had sedated Cam earlier was a step behind Mason. She handed Mason an oxygen mask and he pressed it gently against Cam's face.

"Try to breathe normally," Mason said, taking Cam's hand and placing it over the plastic mask.

A.R. Moler is a chemistry professor at a community college, a homeschooling mom and an avid science fiction fan. She is a devotee of first hand research for her writing whenever possible and to this end has - learned to fire a handgun, been rappelling, ridden with both EMS and the police, flown a helicopter, bought a motorcycle and learned to ride it. She has traveled to nearly all the places where her stories are set and taken hundreds of photos for documentation. She has been writing since her high school years, but only recently has become published. She recently launched a website for her writing http://armoler.com 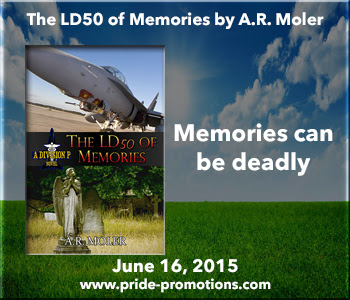 Rafflecopter Prize: E-copy of ‘The LD50 of Memories” by A.R. Moler