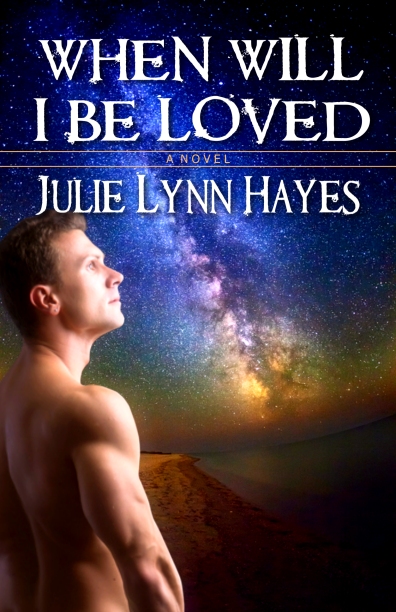 Miller Fenwick wants the kind of happy ending his best friend got, with the hunky werewolf of his dreams. Trouble is, there doesn’t seem to be a Prince Charming on the horizon, and casual encounters don’t cut it anymore. Now that Alexx and Raoul are engaged, Miller is becoming resigned to being the bridesmaid, never the bride. But a chance encounter with a sexy stranger at Charisma has his hopes soaring, and his heart is wide open to possibilities.

Holt Wynne is the head of Helios, the largest vampire organization in the country. He’s a very influential and wealthy man, with a deep-seated hatred of werewolves. His running into Miller at Charisma isn’t entirely accidental. He’d meant to wait, but his emotions got the better of him, and he couldn’t stay away. And now see what he’s done…

Wait until Miller finds out he’s sortof just gotten married to the sexy vampire who hates the people who are Miller’s best friends. Sparks are gonna fly—and not just in the bedroom. One thing for sure—life in Crescent Bay is never dull!

Miller forced himself to take a breath, unaware until he did that he’d stopped breathing.

Quit being ridiculous. Wine going to your head already?

But he’d only had the one glass. And he hadn’t even finished that. He wasn’t such a lightweight, when it came to holding his alcohol, and he knew it.

He told himself it was just his imagination. But just to be safe, he began a slow cautious turn, looking around him, without appearing to be searching for anything—or anyone.

And there he was.

Standing a heartbeat away from Miller was one of the sexiest men he’d ever seen in his life. A man every bit as sexy as Raoul Marchand, although not in the same feral way as the werewolf.

This man was light where Raoul was dark. His hair was a honey blonde which stood out by virtue of being obviously natural, in a place where most blondes were either created by the sun or came from a bottle. He stood a little taller than Miller, exuding a presence that went beyond the merely physical, possessed of the bearing and mien of a veritable god.

But it was his eyes that drew Miller in and held him spellbound. Blue and green, like staring into tropical waves, flecked with bits of pure molten gold. And the way he was staring at Miller was sending the most delicious shivers traveling up and down his spine.

The man took a step toward Miller, his hand outstretched. Before Miller quite realized what had happened, he’d placed his own hand inside of the other man’s, and he found himself being drawn onto the dance floor.

Julie Lynn Hayes first began publishing short stories and poetry in the 1990’s, when it was a different ballgame altogether, and Ebooks hadn’t been dreamed of yet. That changed in 2010 with the acceptance of her first romance novel. She’s come a long way since that first book appeared, and is finding the journey a very educational one.

She lives in St. Louis with her daughter Sarah and her cat Ramesses. She often writes of two men finding true love and happiness in one another’s arms, and is a great believer in the happily ever after. She likes to write in different genres, to stretch herself in order to see what is possible. Her great challenge is to be told something can’t be done—she feels compelled to do it.

When she isn’t writing, she enjoys crafts, such as crocheting and cross stitch, needlepoint and knitting, and she loves to cook, spending time watching the Food Network. Her favorite chef is Geoffrey Zakarian. Her family thinks she’s a bit off, but she doesn’t mind. Marching to the beat of one’s own drummer is a good thing, after all. Her published works can be found at Dreamspinner Press, eXtasy Books, Wayward Ink Press, and Amber Quill Press.


Today I’m very lucky to be interviewing Julie Lynn Hayes, author of When Will I Be Loved.

Hi Julie, thank you for agreeing to this interview. Tell us a little about yourself, your background, and your current book.

Good morning and thanks for having me here today!

I come from the Midwest, and have pretty much lived in St. Louis, Missouri, all my life. I live there now with my daughter, Sarah, and our cat, The Mighty Ramesses. I have a job I enjoy with an elevator inspection company, although I’ve had lots of other jobs before this one.

I’ve been married twice, and have five children and three grandchildren. I began writing when I was about nine. During the 90’s, I began publishing in small magazines, none of which exist anymore. Short stories and poetry. It wasn’t until 2010 that my first book, To the Max, was published by Dreamspinner Press. Since that time, I’ve had a number of other books published.

My current book is When Will I Be Loved, with Amber Quill Press. It’s the sequel to When Can I See You Again. The first book was about Raoul Marchand and Alexx Jameson, while this one features Miller Fenwick and Holt Wynne.

List the first five things you would do if you suddenly had millions of dollars.

Wow, isn’t that a wonderful idea? Not sure how that’ll happen, especially as I don’t play the lottery, but let’s pretend it has. Now what do I do with it? This is in no particular order, by the way.

1.       Visit all my children. Three of my children are scattered around the country—Hawaii, Seattle, Indiana. I only have one still at home, so I would visit all the others.

2.      Take an extensive trip to Europe with Sarah (the one still at home) and spend some time with my friend Chris T. Kat, who lives in Germany

3.      Buy a new house. I’d sell my house and buy a new one. Doesn’t have to be fancy, but it needs to have a big kitchen. Maybe buy houses nearby for any of my children that would like to relocate. Of course, buying new furniture just goes without saying.

4.      Donate to No Kid Hungry. I’ve become aware of this organization through watching Food Network, and I would make a large donation. 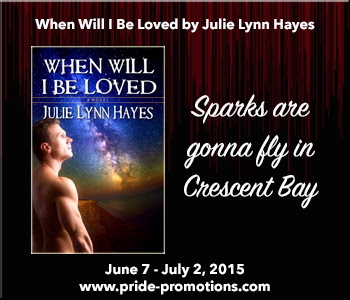 18-Jun
Vampires, Werewolves, and Fairies, Oh My
Wake Up Your Wild Side
Prism Book Alliance

26-Jun
Decadent Delights
All I Want and More Books

1-Jul
Up All Night, Read All Day
Mikky's World of Books