The Diversion Series by Eden Winters - Cover re-reveal with Giveaway 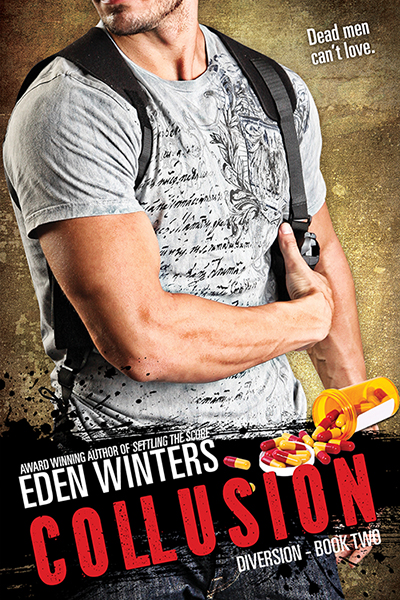 Former drug trafficker Richmond “Lucky” Lucklighter “died” in the line of duty while working off a ten-year sentence in service to the Southeastern Narcotics Bureau, only to be reborn as Simon “Lucky” Harrison. The newbie he trained, former Marine Bo Schollenberger, is now his partner on (and maybe off) the job. It’s hard to tell when Lucky doesn’t understand relationships or have a clue what any sane human is doing in his bed. Bo’s nice to have around, sure, but there’s none of that picking-out-china-together crap for Lucky.

While fighting PTSD, memories of a horrid childhood, and a prescription drug addiction, Bo is paying for his mistakes. Using his pharmacy license for the good guys provides the sort of education he never got in school. Undercover with his hard-headed partner, Bo learns that not everything is as it seems in the world of pharmaceuticals.

When a prescription drug shortage jeopardizes the patients at Rosario Children’s Cancer Center, it not only pits Bo and Lucky against predatory opportunists, but also each other. How can they tell who the villains are? The bad guys don’t wear black hats, but they might wear white coats. 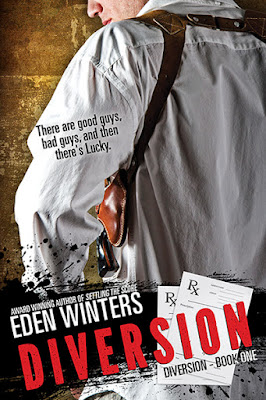 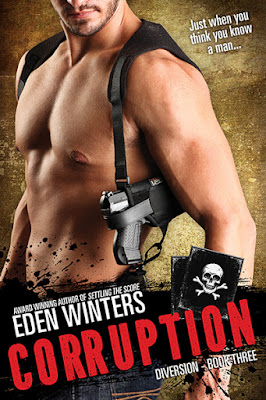 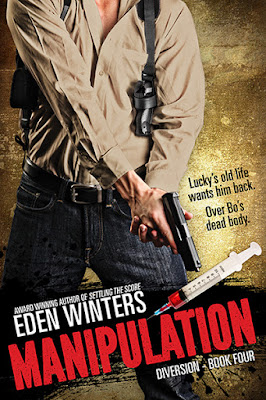 Eden Winters was captivated young by storytelling, and her earliest memories include spinning tales for the family’s pets. Her dreams of writing professionally took a sojourn into non-fiction, with a twelve-year stint in technical documentation.

She began reading GLBT novels as a way to better understand the issues faced by a dear friend and fell in love with the M/M romance genre. During a discussion of a favorite book, a fellow aficionado said, “We could do this, you know.”

Good-bye gears, motors, and other authors’ characters; hello plots and sex scenes. This has resulted in such prize-winning stories as Settling the Score, The Angel of Thirteenth Street, Naked Tails, The Wish, Duet, and Diversion.

Somewhat of a nomad, Eden has visited seven countries so far. She currently calls the southern US home, and many of her stories take place in the rural South. Having successfully raised two children, she now balances the day job with hiking, rafting, spoiling her grandchildren, and stalking the wily falafel or elusive tofu pad Thai at her favorite restaurants. Her musical tastes run from Ambient to Zydeco, and she’s a firm believer that life is better with fur kids and Harley Davidsons. 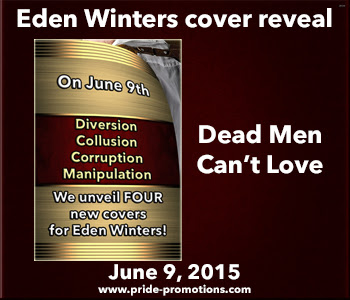