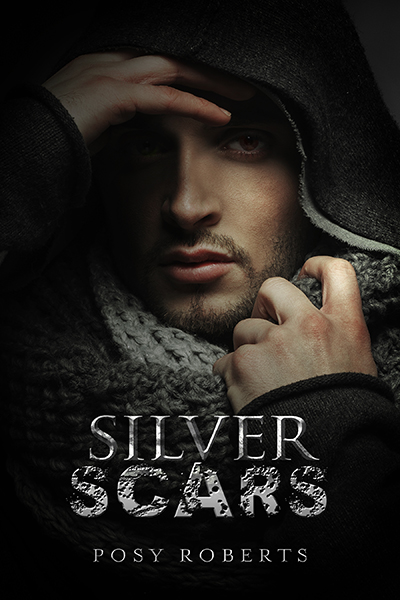 A bomb destroyed high-powered lawyer Gil Lemieux’s seemingly perfect life, and PTSD has ruled every decision since the explosion that left him scarred inside and outside. Moving home with his mom is meant to be a temporary measure, just like proofreading for a medical institution is only meant to be a stopgap. But two years after taking on the wrong court case, he’s still living in fear.
Keith Kramer might be based 1,500 miles away from Gil, but their shared work brings them together—a chance meeting that’s life-changing. Gil is drawn to Keith’s good looks and intelligence, but it’s his innate understanding that Gil is more than the scars on his skin that is truly attractive. He’s everything Gil used to be and more. It blows Gil’s mind that his attraction might be returned.
Only doubt could widen the distance between them. Keith’s hopefulness, borne out of surviving some tough challenges of his own, isn’t enough to bridge the distance alone. Gil will need to believe he has as much to offer as Keith if they’re to build a life together.

Posy Roberts writes about romantic male love. Whether these characters are family men, drag queens, or lonely men searching for connections, they all find a home in her stories.
Posy is married to a man who makes sure she doesn’t forget to eat or sleep; her daughter, a budding author and dedicated Whovian, helps her come up with character names. When Posy’s not writing, she enjoys crafting, hiking, and singing spontaneously about the mundane, just to make normal seem more interesting.

Thanks for hosting me today. I’m excited to be here to talk about my new book, Silver Scars and a little bit of mysticism I wrote into the book.

Ever since I was a little kid, I've loved rocks. Apparently I liked them so much at eleven months old that I ate them. Eww!

I collected every pretty rock I ran across and soon had amassed quite the collection. Then in eighth grade, I took Earth Science and feel even deeper in love with rocks. I prided myself with being able to name a stone seconds after picking it up. On a camping trip out in SD and WY with the science club, I bought stones at nearly every roadside stops. I had those rock identification charts they sell in places like that, the kind with samples of rocks glued to cardboard.

And even as an adult, this love of rocks has stuck around. I have an egg-shaped piece of hematite that I often carry in my pocket, quartz worry stones, and a lot of jewelry made from semi-precious stones and crystals. I like having something to finger and hold onto. I've had the hematite for at least twenty years.

There are many people who tout the healing power of stones and in my book, Silver Scars, Gil Lemieux experiences some of that when he visits Sedona, AZ and a woman suggests some stones to help him heal.

Gil has been struggling for nearly two years, fearful of his own shadow after a bomb was planted in his house, scarring both his skin and his mind. His place of safety was destroyed. He feels adrift and the stones the healer suggests to him are supposed to help him feel more grounded, more centered, and heal his root chakra.

While I was researching stone healing more in depth to write this section of Silver Scars, I was looking for rocks that would help Gil feel safe and connected to the earth again, secure. He hasn't had that sense for far too long.

The one exception was when he met Keith, the first man he'd been with since before the explosion. Keith and Gil experience a wonderful night together, which makes Gil feel like his old self, before the explosion shook up his entire world. Too bad they live many states apart.

Silver Scars is partly a story about Gil's healing journey so he can be the man he wants to be. Keith had struggles of his own, so he needs a partner with great mental strength. Wanting to be with Keith is a great instigator for Gil's recovery.

Hematite—that egg-shaped stone I've carried with me on and off for years and that Gil carries—is supposed to heal the mind and ground the soul. I doubt that would hold up in a scientific experiments, but I know I feel calmer when I grasp that rock. My kid and I now fight over it. She can't explain it aside from, "I just like it."

Gil does too, enough to help him fight to become the man he wants to be. 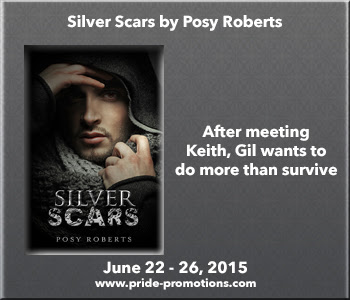