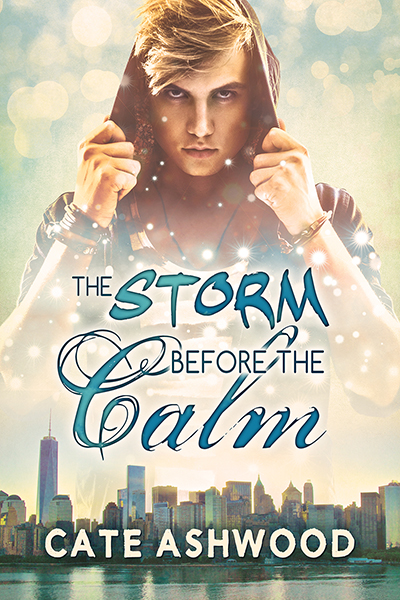 Charlie has one passion in life: dancing. It’s his salvation when it feels like the world is swallowing him whole. When his mom secretly secures him a spot in the summer intensive at the Free Rein Dance Company in New York, he is thrilled. He knows that once the summer ends, he'll have to return to Beacon to get a job and help support his family, but for those two months, he can spread his wings.

In New York he meets Max, a junior instructor who is everything Charlie wishes he could be. Bold and self-assured, Max radiates pride in who he is. As they spend time together, Max shows Charlie what life can be like past the walls of his closed-minded home town. But Charlie doesn’t know if he’s ready to show the world who he truly is when standing in the spotlight is the last thing he wants.

My fingers tugged at the edge of the cardboard cozy wrapped around the cup as I waited for him to speak. The silence between us felt heavy, and the awkwardness settled in around me as he stared at me, his mouth quirked in a playful expression.

“What?” I asked finally.

“Nothing,” he replied, smiling. “So I guess we should get started.”

“I think maybe just one, two songs at most. The festival isn’t until the end of the summer, so we have lots of time.”

“What festival is it again?” I asked.

“What kind of festival is that?” I asked.

“It’s a big arts festival that takes place throughout the city, mostly in parks. There are exhibits and performances, and a huge celebration at the end. It was started a few years ago to raise awareness and money for gay rights.”

“I… no, uh I…,” I stuttered. I was stunned by how nonchalant and completely unapologetic he’d been about his sexuality, as though admitting to me he was gay was the most ordinary thing in the whole world. A part of me wished I could do that. I could nod and say the words like it was as natural as telling him I was blond or I liked chocolate ice cream.

“It’s okay, Charlie. No big deal. You don’t have to be gay to participate. Originally, all the artists were gay, but it has grown and evolved now to include everyone, which is how it should be,” Max said, shooting me an understanding look.

I should have corrected him. I should have told him, but I’d never said the words out loud. Hell, it was hard enough for me to form that three-word sentence in my head. Even as I sat there, my brain rebelled, doing its own version of sticking its fingers in its ears and humming. So instead of being honest with him about who I was, I let him assume I was something else.

Cate Ashwood wrote her very first story in a hot-pink binder when she was in the second grade and found her passion for writing. Her first successful foray into romance writing came five years later when she wrote her best friend, who was experiencing a case of unrequited love, her own happily ever after.
Cate’s life has taken a number of different and adventurous roads. She now lives a stone’s throw from the ocean, just outside of Vancouver, British Columbia with her husband, her brand new little boy, and her two cats. Her life is filled with family and friends, travel, and, of course, books. 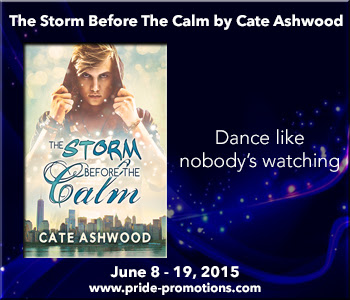 Rafflecopter Prize: E-copy of ‘The Storm Before the Calm’ by Cate Ashwood