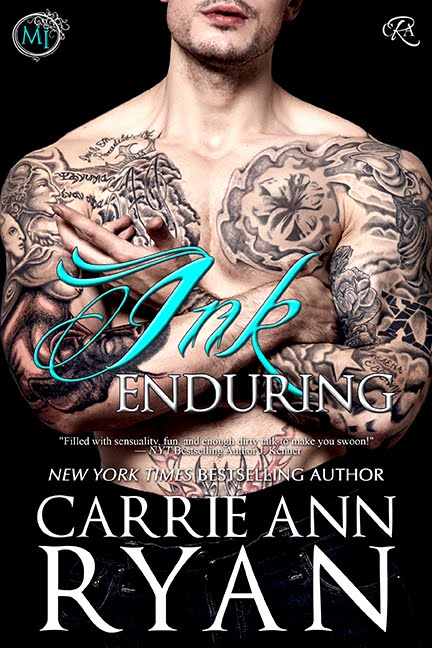 The Montgomery Ink series continues with a forbidden love between three friends and a past that they can’t escape.

Jake Gallagher knew from the moment he saw Maya that she was the one for him—it had the same breath-taking intensity as when he’d first set eyes on Border. Only life never turns out the way one plans, and now he’s falling for someone else...or at least he thinks he is.
Maya Montgomery never should have looked past the friendship she already had. Now that she has, she can’t stop thinking about Jake and what he means to her. When a mysterious stranger from Jake’s past shows up at their door, she’s forced to admit that if she doesn’t take the risk of a lifetime, she’ll regret it for the rest of her days.

Border Gentry walked away without a second glance once because of what could happen if he let go, but now he’s back and ready to see what he’s missed. He’s been on the road a long time and has seen things no man should ever see, yet once he rediscovers the broody Jake and meets the inked and fierce Maya, they’re like a balm to his soul and he realizes what path his future should take.

It will take more than sizzling chemistry and a heat that never dies for the three of them to overcome their pasts. And when someone from the outside wants to stand in their way, it’s not only their hearts on the line…but also their lives.