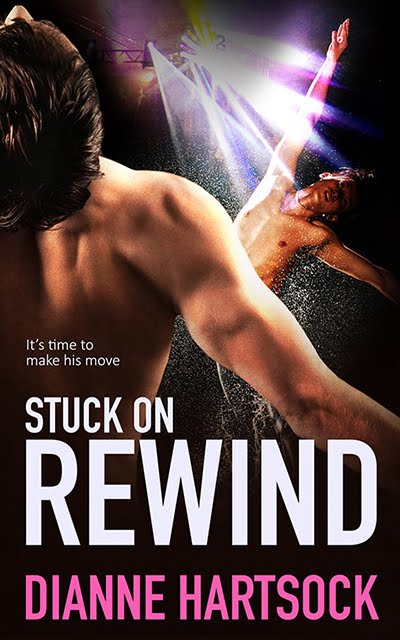 After a day spent denying his attraction for Lance, standing by while their friend Trey openly flirts with him, Ashton decides it’s time to make his move or risk losing his man forever. Once Lance knows how he feels, he’ll realize they should be together. Or is it already too late?

“Fuck!” Ashton shouted in a mixture of anger and ecstasy as Lance swallowed again, then let Ashton’s softening cock slip from between his perfect lips. Ashton leaned on his elbows, his chest heaving while he caught his breath. With a last kiss on his thigh, Lance climbed off the bed, sleek-limbed and graceful, and walked to the dresser with a sassy sway of his hips.

Ashton stared after him and groaned, not sure if he wanted to pull his friend’s ass back into his arms or punch him in the face. It would be incredible to wake up with Lance every morning and make love to him. But he sternly reminded himself that they were only friends and Lance needed to stop climbing into his bed at night uninvited.

“You do remember you have a bed of your own?” he asked, more sharply than he’d intended.
Lance gave him a smirk over his shoulder, making a show of licking the last of Ashton’s spunk off his swollen lips. “You told me to wake you at seven.”

“I didn’t mean… Oh hell.” Ashton fell back on the pillows and threw an arm over his eyes. He swore in exasperation when the mattress dipped and Lance’s familiar scent surrounded him. “Damn it—”
Soft fingers touched his mouth. “Don’t be mad, baby. I didn’t mean anything.”

Ashton peered at him through the dark curls that had flopped into his eyes. The guy looked positively forlorn, and Ashton sat up, giving him a one-armed hug. “I’m not mad. But you don’t need to keep doing that, either. You’re my friend!” He kissed Lance’s cheek, the velvet skin warm with a blush. “You make a terrific roommate, and I like the company.”

“And I like you.” Lance walked his fingers up Ashton’s leg.

Ashton laughed and shooed the hand away, but couldn’t help staring at the enticing evidence of his friend’s arousal between his legs.

“Can I take care of that for you?”

“Not at all.” Lance stood up, waving off Ashton’s offer. “I’ll deal with it in the shower. You have to save your attentions for Mister Man.”

“Who are you talking about…? Wait!” Ashton rolled off the bed and trotted after Lance as he crossed the apartment.

Lance giggled, slipping behind the bathroom door but holding it cracked open an inch. He smiled at Ashton with his pouty, kissable lips. “You know, the boss. Mister Kent.”

“I’m not saving myself for—”

Ashton blinked at the closed door. Why in the world would Lance think he was interested in his boss? Sure, the man was handsome as sin, but he was also an egomaniac and tyrant. Why only yesterday, he’d…

Hot blood scorched Ashton’s neck and face, his arm tingling where Morgan Kent had gripped it, towering over him. The man had bent to his ear, swamping Ashton’s senses with subtle cologne and a hint of sweat as he’d whispered, “If you can’t type a simple letter without mistakes, I’ll find a secretary who can.” He’d tightened his hand almost painfully on Ashton’s arm. “Or maybe I should just bend you over this desk and smack your ass for each mistake?”

Ashton’s dick jumped at the memory. He told it sternly to behave. “We’re not falling for that bastard. We’ll stick with the sweet boys at the club and call it good.”

Today I’m very lucky to be interviewing Ashton from Dianne Hartsock’s book STUCK ON REWIND. Hi Ashton, thank you for agreeing to this interview. Tell us a little about yourself.

1) What do you find attractive in a man?

Confidence is the number one thing with me. It might even be bordering on arrogance. I love when a man walks into a room and there’s that energy and charisma surrounding him that’s irresistible. Lance is such a sweet man, but he knows men find him attractive and can’t help but be confident in himself. But it’s when he’s dancing that he really shines, beautiful and sure. He steals my breath.

2) The first thing that went through your head when you saw Lance.

Astonishment! He walked into my high school English class with this neon pink scarf around his slim neck. I thought for sure he’d be ridiculed and bullied for it, but his angel face and kindness to everyone made him popular instead. And yes, it was love at first sight for me.

3)  Do you think you’ll insist the author visits you again?

Not anytime soon. I’ve finally managed to get Lance all to myself. I’m not ready to share him yet. Maybe in the future, after we’ve been together a long time and I’m not so jealous of him. Of course he’ll keep dancing and I’ll keep drooling watching him while I tend bar, but we don’t need prying eyes while we find out how to be a couple.

4) You’re going out for dinner. What’s your favorite food?

Spicy burritos with lots of cold beer. Lance prefers Japanese Stir Fry, so we take turns where we eat.

5) What are you most afraid of?

Blowing things with Lance. I’m trying not to be needy and jealous, but I’ve waited so long for him… But this is something I’ll work on quietly until I have more confidence in us and just hope he never finds out about. 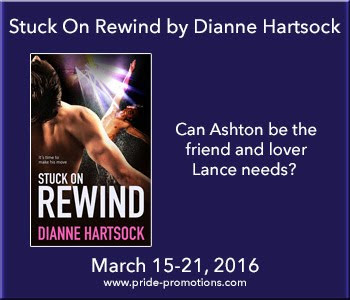