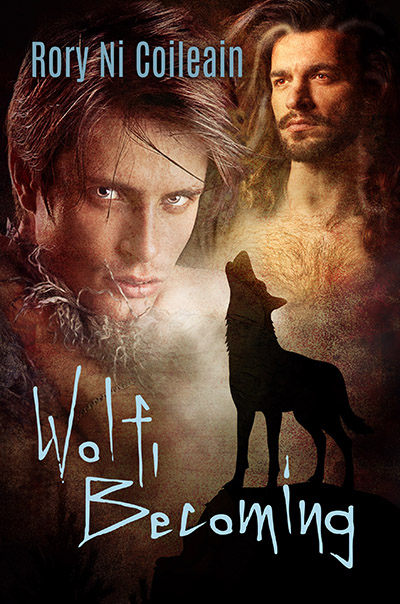 Volyk learns very young that he has to hide what he is—oboroten’, shape-shifter—after his father is killed and skinned by a hunter, and the pack that takes in his pregnant mother is hostile to his kind. When Volyk is ordered to fight the pack’s beta to prove his fitness, but instead obeys his hormones and tries to mount him, he’s declared an abomination and forced to flee.

Ilya, too, hides a secret. Being young and gay in modern Russia is dangerous, and he knows it. But the truth eventually gets out, and his brothers lure him into the forest to kill him. They’re stopped by Volyk, who hides the mortally wounded Ilya in his den. The only way to heal the human is to turn him into an oboroten’.

Unfortunately, Ilya’s gentle nature is ill suited to the life of a wolf. But when Volyk’s old pack returns, seeking to take away Volyk’s magickal den, Ilya will have to embrace – truly become – the wolf Volyk made him, to save both his mate’s life and his own.

And the angel said unto them, be not afraid…

Ilya was not afraid. Enraptured, yes. Entranced. But not afraid. He had been ready for death when he closed his eyes in the wolf’s embrace. Instead, he was whole, and awake, and in the arms of a man more handsome than any angel. Volyk’s long thick hair was the brown and gray of the wolf’s pelt, his cheekbones angular, his lips full. And his eyes were the same beautiful fiery amber as the wolf’s.

Maybe he had only dreamed the wolf. Or maybe he was still dreaming. Surely he had done nothing in his life to earn the gift this moment would be if it were real.

1)      Is there a character in your books that you can’t stand? (Antagonist for example) And what makes them someone you don’t like?

That’s actually hard to answer. I enjoy writing my bad characters, and it’s hard to truly dislike someone when you have fun writing them. Not that I would ever want to spend time with Janek O’Halloran, the human bad guy in my SoulShare novels, or with the Marfach, the supernatural evil that lives in his head. But they let me rub my hands together and cackle with evil glee as I write them, so it’s hard to hate them. Bryce Newhouse (also SoulShares) was fun to hate, but then he upped and demanded his own book. I must say, in WOLF, BECOMING, Ilya’s father, Boris, has no redeeming qualities whatsoever. But for a thoroughly detestable character, you’d have to look to Marc Archambault, a character in the third Gille Dubh novella (which is still looking for a home). And all I’ll say about him is that the only way he can be sure he exists is to see the pain he causes other people.

2)     Are there misconceptions people have about your genre?

3)     Is there a message in your novel that you hope readers grasp?

Yes – that you are the only one who gets to say what the “right” way is to be who you are.

My first love as a reader was and is fantasy and science fiction. When I first started writing m/m romance, I was crazy in love with the love and the lust…. and I still am, but the fantasy has very definitely found its way back in, and the science fiction’s on its way too.

I wish I could tell you something exotic, but it’s broccoli. It’s not a food.

Rory Ni Coileain majored in creative writing, back when Respectable Colleges didn’t offer such a major. She had to design it herself, at a university which boasted one professor willing to teach creative writing: a British surrealist who went nuts over students writing dancing bananas in the snow, but did not take well to high fantasy. Graduating Phi Beta Kappa at the age of nineteen, she sent off her first short story to an anthology that was being assembled by an author she idolized, and received one of those rejection letters that puts therapists’ kids through college. For the next thirty years or so she found other things to do, such as going to law school, ballet dancing (at more or less the same time), volunteering as a lawyer with Gay Men’s Health Crisis, and nightclub singing, until her stories started whispering to her. Currently, she’s a lawyer and a legal editor; the proud mother of a budding filmmaker; and is busily wedding her love of myth and legend to her passion for m/m romance. She is a three-time Rainbow Award finalist. 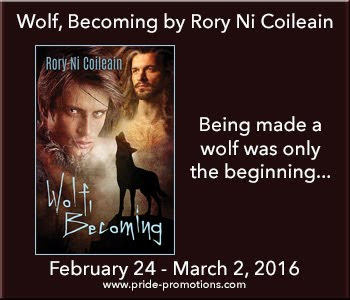