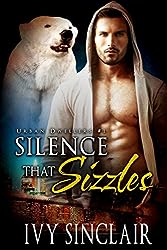 Buy on Amazon for only 99 Pennies, or read for FREE with KU!

Although he has the outward appearance of a successful businessman as part owner of the hottest nightclub in Copper City, the Urban Dwellers, bear shifter Kyle Frost hides a secret. A secret that killed his career with the army and sent him into an emotional tailspin.

Doctor Kelly Malone knew Kyle at his lowest and, after quitting her high-profile job with a leading pharmaceutical company, needs his help. She needs his protection while she exposes the truth about her research, and she doesn't know who else to trust.

As Kyle tracks down the clues to the answer that will keep Kelly safe, he lowers his carefully guarded emotional walls to the attractive doctor. But will he be able to claim her as his fated mate before it’s too late?

Don't miss the next two books in the series: 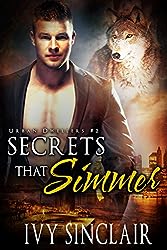 Only 99 Pennies on Amazon, or read for FREE with KU! 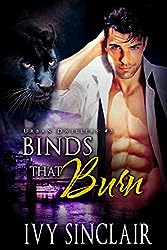 Ivy Sinclair cut her romance teeth on classics like Gone With the Wind, Casablanca, An Affair to Remember, and Sabrina. She is a firm believer in true love, a happily ever after ending, and the medicinal use of chocolate to cure any ailment of the heart. Ivy’s guilty pleasures include sushi, endless Starbucks lattes, and wine. Readers of Ivy’s stories can expect smoldering sweet stories of romance that tug at the heartstrings.