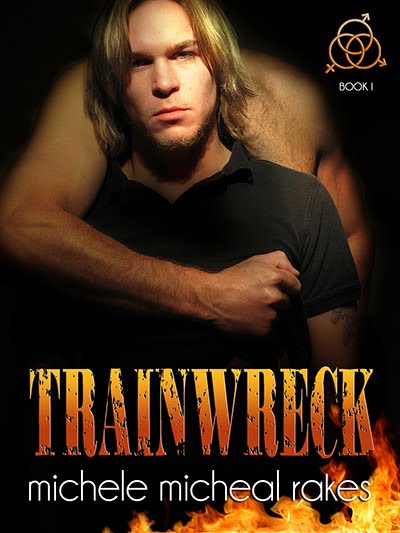 Detective Sergeant Vincent Sweetwater hates dead bodies. That’s why he’s an undercover narc and not a homicide dick. So why is he standing on a sandy beach in California staring at a lifeless body—oh yeah, the suicide attempt. Lieutenant Hanson is making a statement. Something about life worth living. Shows what he knows.

As Vince examines the tortured body, he feels an empathy and déjà vu for the victim, her wounds are similar to scars he has only a vague memory receiving. An intense desire to find her killer fills his queasy belly as a dark game of cat and mouse begins.

The young woman’s death forces Vince back into a secret life dominated by sex, perversion, and sadomasochism. Estranged from his wife he still loves and longing for the man who possessed him once, Vince buries his torment deep inside meaningless sex.

*Warning: This book contains adult content and situations. NOT FOR THE SQUEAMISH.


Vincent Sweetwater twisted the Harley’s throttle. The power in the motor thrummed between his legs. The bike seemed heavy, angry; like she wanted to fall flat on her face. Like she yearned to drag him across the gritty asphalt. Vince needed to feel the pavement shred his clothing and bite into his skin. Punishment for being a man who thrived on suffering.
Why can’t I control myself, damn it?
-You’re supposed to be one of the good guys.
Fuck off.
-Stop drinking, Sweetwater.
Vince envisioned choking the life out of his conscience. The damn thing made it difficult to be an asshole, yet somehow he didn't let it stop him. Nothing stopped him from being a dick to his wife. Vince squeezed the throttle. The speed would numb his mind.
The machine growled beneath him, giving her two fucking cents, and he ignored the wanton slut. Vince was too malicious to give her what she craved. If he did, there would be no turning back.
Still, the iron bitch demanded more power. Urged by a quiet whisper from somewhere in the darkness of his mind, Vince let off the throttle long enough to grasp the clutch and toe it into sixth.

Today I’m very lucky to be interviewing Michele Micheal “Mikey” Rakes, author of Trainwreck the series.
Hi Mikey, thank you for agreeing to this interview.

1)      Was there a basis for your story? A previous experience or something else?
There is a lot of me in Vincent Sweetwater. The dark shit that lives in my brain, lives in his, and we both deal with our demons in a similar fashion. I understand him and he gets me. So many of went through some form of abuse and Vince has to deal with his and maybe I do as well. A bit of catharsis. Life is difficult in this brain sometimes, but I’m doing my best to make it habitable. So does Vince.

2)     What skills do you think a writer needs?
A love of research…and absolute desire to bring the reader deep into their world. Also, creating a world complete with subplots, supporting characters, and interesting MC’s is very nearly a disorder of the brain. I can’t shut them up. They want out at the most inopportune moments and a writer needs to learn to balance that out with the rest of their life. We’re all half mad, don’t you know?

3)     What for you is the perfect book hero?
I like my hero’s imperfect. They seem more real that way. Someone who is perfect never struggles and if they don’t have to hammer through life just to breathe another day, to wrestle with their morals, sanity, and their past, then no matter how well plotted a story is…won’t grab me. I want my heroes to crawl from the mud and be just as shocked as everyone else to find them alive and sane.

4)     Is there anything you find particularly challenging in your writing?
Everything is challenging when it comes to writing, from concept, to characters, from word choice and sentence structure. What kind of mood a writer wants to set an be conveyed in any number of ways. Determining what works when and where is the challenge. Currently, my biggest challenge is finding the time to write and edit.

5)     Tell us about your favorite childhood book.
The Dancers of Arun by Elizabeth A. Lynn. I read it when I was thirteen and if left a long lasting impression. I highly recommend it. It’s about a young man who had been separated at a young age from his family due to war. When he turns eighteen, his brother who is a revered dancer of Arun, comes to the north to bring him home to their home in the South. It’s about him learning that what was deemed a disfigurement and a disability by people in the north is seen as nothing ugly or inhibiting to his people of the south. It’s his journey of self love as well as learning about life and sex outside the keep.

Michele Micheal Rakes lives in a small town in the shadow of a big mountain and works as a surgical technologist assisting in the removal of tonsils and testicles. Three grown children, a one year old granddaughter named Thrasher, two psychotic Egyptian Mau’s, a husband with hair down to his knees, an Amazon for a wife, two Harley’s, and a ferret named Teeny Tiny Ferret Feet (husband insists her name Little Feet, we all know he’s wrong) life is gets pretty wild.

Note: Wife recently passed away from cancer and this book is dedicated in loving memory of Mary Louise Castleman. Love you babe! 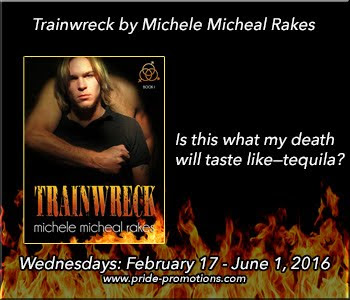 1-Jun
Elisa - My Reviews and Ramblings