Beast of a Time by Misha Page - Book Blitz 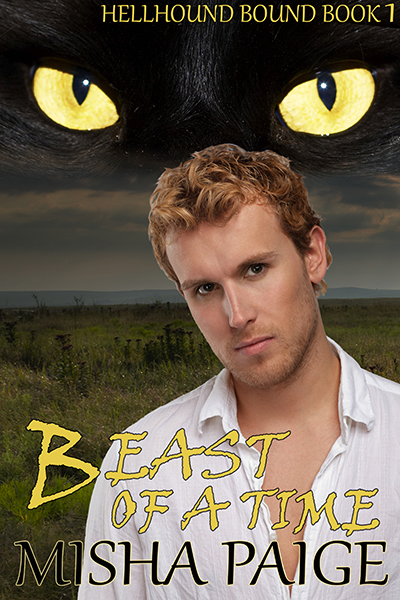 Everyone's heard stories or songs about being a beast of burden. Well, it’s quite a burden to be a beast, too.

Kane isn’t like most people: he’s not human, for one thing. What he is, is exceptional.


An event from his past led him to stay on Earth, a planet of people that were often scared and hostile to his kind. Even so, Kane ignored all the hateful things said to him and focused instead on the job he chose to do.

That job is everything to him, and it’s his reason for living. When one man shows up—Al, a new hire who keeps smiling at Kane when he should be looking at him with fear and distaste—Kane is faced with a challenge he never expected. He didn't think anyone would ever truly want him, and to discover that a very sexy, handsome man does indeed want him, shakes Kane to his core.

Despite Kane’s best attempt’s at keeping distance between them, he finds himself partnered with Al. Kane knows he needs to push Al away, and he tries. Sort of.

Al isn’t scared off like Kane’s former partners, and if he and Kane can survive the fight that’s coming for them, then maybe they’ll have a chance to discover what it means to love.

Misha Paige is the psuedenym of a stay at home mom of four whose favorite way to relax has always been reading. After years of hearing voices in her head, she finally decided to set them free and hopefully entertain others.

She is lucky enough to have the support of her wonderful husband even if he is shocked by what she writes.